David Freeze: Brooke and Vivian head into an important month 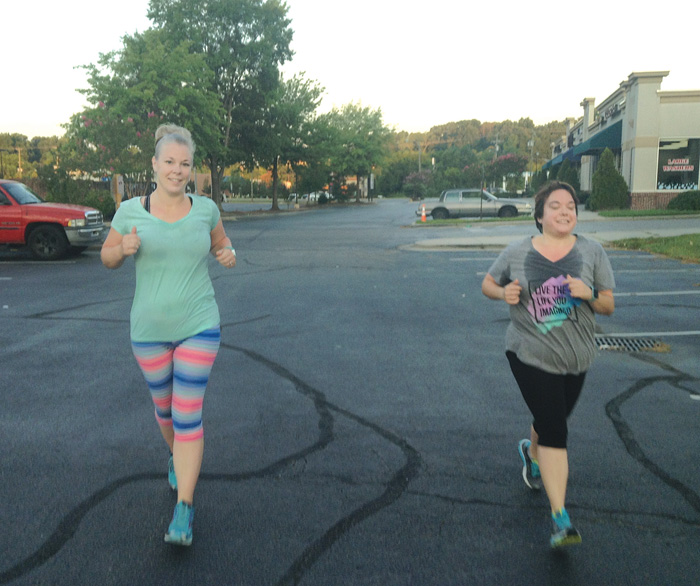 Brooke Taylor sent out a message that said, “He’s back!” I had been away on my bike ride for nearly seven weeks and I hoped that Brooke and Vivian would have good news for me, proof that they had at least held their own with workouts and diet during that time. Our first meeting was this past Tuesday, back at the Hurley YMCA where a running workout preceded the inevitable trip to the scales. An easy run went well for Brooke, circulation manager for the Rowan Public Library, and Vivian, events planner for Salisbury Parks and Recreation.

With five months to go on the program, Vivian said, “I am not where I hoped to be at this point but I am not disappointed. I see progress every day, whether it’s saying no to junk food, or the way my clothes fit or just a meaningful compliment. I’ve come to accept that progress isn’t all about the scales.” Brooke added, “I can’t believe that we have only been doing this for seven months, it feels like we have been working at it for two years! But mentally and physically I feel great!”

We also assessed how the women did while I was away. Vivian said, “I am happy with what I accomplished while you were away. The scale didn’t move much but didn’t go backwards. I ran two PR 5Ks, the best at 28 minutes and 30 seconds in Bryson City while on vacation. I have included my family in my routine more and we look forward to working out together now.” Brooke worked out every day before work, much of it inside at the Y and said, “I got in a zone but the pounds didn’t fall off in June although they started to again in July.”

The talk turned to nutritional intake and how the women were monitoring it. Brooke said, “I always do better when I pack my food and snacks for work. I get into trouble when I run out and am tempted by the Arby’s 2-5 p.m. $1 menu, stuff that I don’t even like to eat anymore. I am still monitoring calories on My Fitness Pal and try to stay under 1,940 daily.” Vivian added, “I haven’t monitored my calories for a while but think ahead about portion size and eating too many sweets. I added in more leafy greens and make sure of water intake.”

At the weigh-in on Tuesday, yearly results net a to-date loss of 21 pounds for Vivian and 36 for Brooke, signifying minimal improvement while I was gone but no lost ground. For the month of August, both Brooke and Vivian plan to workout at least five days a week and a sixth on occasion. There are no racing options locally in August and both will point toward testing themselves in September. Brooke said, “I want to lower my 5K time but will be out of town for the Sunset Run on September 1st.”

Suggested readjusted goals include an overall an end of year loss of 40 pounds for Brooke and a loss of 25 pounds by the end of August for Vivian. We’ll assess those goals as the month moves forward.

To get to those goals, both women have to push a little harder and break the comfortable routine. I applaud them for not losing ground in the six weeks that we didn’t work out together but as the initial weight falls away, continued improvement takes extra work. Brooke likes to include a regular spin class into her workouts, especially those that are available during early morning darkness. I think that is fine too, but more of the same will bring “more of the same” results. Needing a change, I will help her move up to a slightly more challenging level. That next 14 pounds will probably involve a bigger commitment than the first 26 did.

Vivian doesn’t have a structured workout plan and is more prone to grab it when she can, not unusual for a mother with small children. Still the same rule applies, more of the same won’t make it easy to drop another four pounds by the end of August. We’ll work on small changes for her too.

Bottom line for the program points to good progress but a leaning toward readjusted and easier goals from those first established. We will have an open discussion about this subject when we meet again, reminding them that cool weather is coming and great results are still possible in the short term. Brooke and Vivian have fantastic attitudes and are always fun, so I’m hopeful of a good report on our progress at the end of August. See you then!