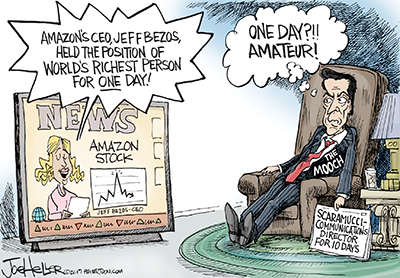 … Innes Street Drug will close after 91 years in business

When I was growing up … I had strep a lot. We would routinely go to Innes Street Drug after leaving the Children’s Clinic.

I would sit in the toy section and mom would get me a bottle Coke. I would pick out a comic book from the spinning rack while we waited on the prescription to be filled.

It was the only good thing about being sick!

So sad. We will miss you all. Innes Street Drug has been such an integral part of the community for so many years and served our family for generations. You will be missed.

It was nice going to pick up a prescription and they already had it waiting for you when you got to the counter. They knew their customers and everyone was always friendly. Hate to see these hometown stores closing. Really miss the Salisbury where I grew up shopping.

It would have fared better if people lived downtown, if the Empire Hotel had been converted to apartments years ago, etc. You can’t blame it all on “chains” coming in, because while buying local is preferred, it’s tax revenue — something a city needs to survive.

The Fullers and their staff are wonderful people who care about their work, their community and the people they serve. Salisbury just got a little darker.

If Salisbury city government ran the city like they do in Concord, this article would be about opening more stores, rather than closing them.

Every time I went to pay my electric bill there, I got an ice cream there or a Cheerwine float.

I loved to see how much history there was at the Main Street location, including Cheerwine and old soda advertisements. It truly will be missed.

It’s an icon, but did many people seriously shop there? Everyone seems to go to Walmart, Walgreen and CVS. I totally get why they are having to close. Paying your electric bill there doesn’t pay their salaries.

What happened to the people within the community taking responsibility and stepping up to keep each other safe?

What is with all this waiting around for someone else to make the community safer when it’s all of our jobs to report suspicious activities, suspicious people, and obvious gang activity?

Police need to step up. Protect the community.

Why don’t you go on a ride-along with the Salisbury Police or Sheriff’s Department? Then you will see what takes up response time. Why don’t you step up and hold a community action meeting?

This is not a police issue. This is families not instilling a respect for life and not learning how to control anger at an early age. People choose to live this way.

Community needs to stop protecting the dirt bags that commit the crimes and making it easy for them. Police can realistically only react once crime has occurred. They don’t have super powers.

At the last City Council meeting, Chief Stokes said that they pretty much have a good idea on who committed a few of the open murder cases but they don’t have any evidence and no one from the community was willing to come forward as an eye witness or provide any additional evidence.

One of the guys killed was my brother-in-law. He was in no gang. A hard worker. Graduated at the top of his class, loved sports, always smiling. Never had any problems. A great guy. A great uncle, son and brother. A wonderful friend to have. Definitely a great person to know. A loss not only to his friends and family, but society.

… The person who took his life had to be raised with no morals, respect or self-respect.

I agree; let’s fix this problem while they are young. Let’s stop this now.

This absolutely breaks my heart. Prayers without ceasing

Did I read something about … planning to build a park around that area in the near future or am I just making that up?

They should use the money to do something to prevent things like this event from happening again. I don’t know what … but I certainly don’t think giving gang members a place to swing in between shootings and drug deals is the answer to Salisbury’s crime problem.

Teach the children early — I mean before they are weaned from diapers. Instill in them respect and love for one another. I have five kids and am happy to tell you none of these kids are in trouble. Pray, pray, people, that they will be protected from bad influence outside.

We need to start looking in our own family. Don’t blame the police.

It doesn’t matter the color of the skin, the children need to be loved, taught respect for themselves and others, praised for the good things they do, disciplined for the bad things. …

The main thing is you can’t let them run wild as youngsters doing what they want and expect them to be model citizens when they are older without some very strong leadership. …

Folks, somewhere along the line we have been slack as parents. We really can’t blame anyone else; the problem starts at home to begin with. Pray for our county, please.

It’s time for Salisbury to add cameras on the streets, good ones that can capture the pictures of the shooters and the license plate numbers of the cars they are in. The whole town needs to be covered.

Back in my day we wanted cars. Nowadays these young ones want guns. Once you shoot, it’s final, you can’t take a bullet back. Taking a life is not a badge of honor.

I wish some would stop calling this city a bad place. It’s not bad. Not all areas of this city are like this.

I have lived here for 30 years. Things come and go. Crime has gone up some, sure, but this place is still a great place to live in.

It is sad when the majority of all of the killing, shooting and gun violence happens within a mile to mile and half from the quiet little neighborhood we live in. I am 100 percent a Nosy Nellie and will report any and everything that is out of place or suspicious. However, the drug and gang problem in Salisbury is now out of control. The police are short-staffed and the county can only do so much to assist. …

I do love living here and we as neighbors got the drug dealer out of the rental house in our quiet neighborhood by stepping up and stepping in. But normal people who sit behind the keyboard do not understand that it takes more than speaking up and calling 911 to get this mess cleaned up. …

People are afraid to speak up and get involved because of retaliation and having to live in these neighborhoods or around the people who are causing the problems because they cannot afford to move.

Or the online public information that is available can bring someone directly to your address with the stroke of a few keys to threaten or harass you and your family — just like the couple who were killed by the gang members from Charlotte because they were going to testify against the gang member who robbed their mattress store. …

Do not know what the answer is, but we as a community need to support law enforcement and pray.

This is a tragic event for the patrons of the restaurant, for the families of those killed, and for the vitality of the downtown business community. Prayers for all affected by this tragedy.

Perhaps with the high speed broadband utility, Salisbury City Council could consider adding high resolution cameras at or near some of the late-night venues.

The police this. The city that. Seriously, people, pull your heads out of the sand. When you see some shady crap going down, report it. There is such a thing as an anonymous tip form in Neighborhood Watch programs. Quit passing the buck.  Take responsibility for “just watching it happen.”

Remember, it’s your city. … Take it back.

With everyone seeming to have a phone with a camera on it, I’m amazed that no one is taking photos of strange activities around their neighborhoods. Take photo, post online, speak up … report.

Leaders, both traditional and non-traditional, must truly address the problems together. But Salisbury must realize that “leaders” that most may not see or recognize as leaders are leaders in a different culture. They, too, have a concerns and a voice often unheard, giving them a sense of not being valued. …

Rallies are good but mostly are just an emotional response. Forums are great, too, and often seated with the usual outstanding members from the community. But these forums don’t often reach the population of the community that is truly affected by violence.

Most cities across America are not reaching the non-traditional leaders in the community. This is a problem and issue that should be addressed.

The violence will continue if you don’t speak to the root one-on-one and personally.

This is it in a nutshell. People need to step up to the plate and talk to law enforcement. City or county, young or old, rich or poor, black or white or Hispanic or Asian or any other ethnicity needs to step up and, as said, speak up. I’m sure there are ways to do that without worrying about your identity being known, if that’s your concern.

Take a long, hard look around you. The little ones coming up deserve better. Heck, you deserve better. But if you aren’t willing to invest some time and effort in helping to ensure your own wellbeing, you don’t have all that much of an expectation for things to “be better.”

Kudos to the Salisbury Police Department. But even bigger kudos to those who had the bravery to come forward and share the knowledge they had.

I heard one snippet of the chief’s news conference yesterday, and he acknowledged that it was because of members of the community providing information that the arrests were possible. Thank you to those people from myself on behalf of a community who is truly fed up with this violence.

So sad that these young individuals are losing their chance at life, and it goes for both the deceased and the ones committing the crimes.

A fun day turned into a tragedy. Wayne was a wonderful person and loved spending time with his family. My prayers go out to each of you.

My prayers are with the family and the rescue crews and Sheriff’s Department who worked very hard to recover Mr. Pickler.

Man, that’s hard news to hear. I worked with Wayne at UNCC in the maintenance shop until I retired. So sad. He was a good man. Sorry for the family’s loss.

What a shame. The person or persons who did this should be punished. The Salvation Army is one of the only places that helps individuals without charging them. We need to pray for this individual or individual.

Reducing installation cost and having maintenance plans for equipment is great, but not an excuse to not make new sales as well. Fibrant had a great business salesperson when I was there. Not sure why she left. Her departure was definitely a loss for Fibrant, along with several other salespersons that left after I left as well.

That would have generated $3,024,000 per year in new revenue for the system and put it at break-even or slightly beyond. As a result, the Post would be writing a very different story today about Fibrant.