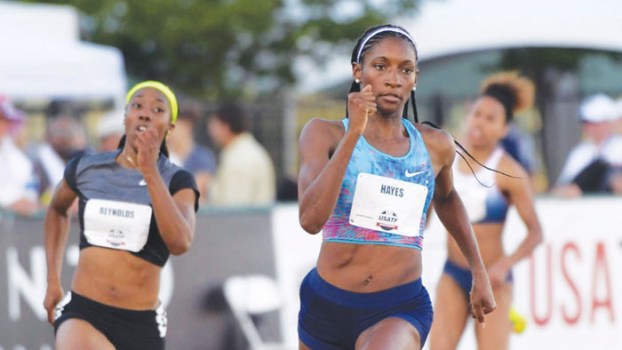 Hayes’ qualifying meet which takes place on Sunday, and the finals will be next Wednesday.

Hayes enters the meet as the 2017 U.S. 400-meter national champion, which qualified her for the World Championships.

Though focused on making the world outdoor team, she is no stranger to world championships. At the 2016 world indoor championships in Portland, Ore., she picked up a bronze medal in the 400 and a gold in the 4×400-meter relay. She came up short in making the 2016 U.S. Olympic team.

A four-time NCAA Division II champion at Livingstone and 400-meter medalist at last year’s U.S. and World Indoor Championships, Hayes looks to build off a fast start this year, including an American indoor 300 record and world-leading 400 in outdoor opener.

The meet will be shown on NBC and NBCSN for free and live streamed on the NBC Sports Gold package for a fee.