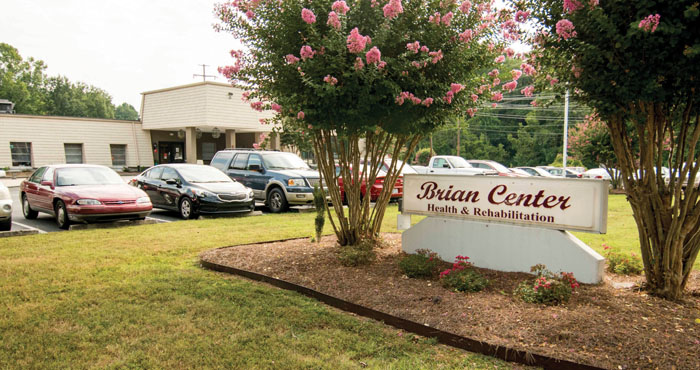 SALISBURY — Beginning Sept. 11, the Brian Center nursing facility will no longer provide services for those with Medicare and Medicaid because it failed to comply with guidelines of those programs, according to a federal government agency.

“The Medicare/Medicaid programs will not make payment for inpatient nursing services to residents who are admitted after Sept. 11, 2017,” the notice reads.

Residents admitted before then will have nursing service coverage for 30 days before funding is cut off on Oct. 11.

The Brian Center Health and Rehabilitation, a for-profit facility at 635 Statesville Blvd., has 185 certified beds and 125 residents, according to the Centers for Medicare and Medicaid website, www.medicare.gov.

Steven Kerley, administrator of the Brian Center, responded Thursday evening to a request for comment, and a Post reporter submitted a list of questions to be reviewed by a company spokesperson.  Efforts to find out from the Centers for Medicare and Medicaid Services which requirements the facility failed to meet were unsuccessful.

A search of federal compliance inspections found that the Brian Center had 28 compliance deficiencies between July 1, 2016, and June 30, 2017. The average number of health deficiencies in that period for facilities in North Carolina was 5.2, according to CMS.

Each deficiency is rated on a 1 to 4 scale, which measures the level and breadth of potential harm to residents. The majority of deficiencies found at the Brian Center were rated 2, meaning they resulted in minimal harm or minimal potential for harm and affected few residents.

According to reports, all deficiencies were addressed and corrected by June 18.

According to a March 11 report, a resident identified only as “Resident #2” was left on a bedpan for more than an hour. The resident tried to call a nurse but received no response. When she tried to remove the bedpan herself, she fumbled and spilled it on the bed and herself. According to the report, it took more than 30 minutes for someone to come help her clean it up.

“I was so upset and my voice was hoarse from calling for help, and (my nurse) never even said anything to me,” she is quoted as saying in the report.

According to other interviews, the nurse was assisting with a fall at the time.

The incident is cited for noncompliance in providing care for residents in a way that keeps or builds their dignity and respect for individuality.

The March report also details an incident in which the Brian Center failed to supervise one resident who was sexually abusing another. According to the report, the resident was a registered sex offender and the facility did not ensure effective interventions to “prevent further sexually inappropriate behaviors.”

The resident in question was found “in a sexual altercation” on March 6 with a cognitively impaired resident. According to the report, he had exhibited several inappropriate sexual behaviors toward staff members and residents before the incident. Staff members said the Brian Center did not receive information that the resident was a sex offender until after he had been admitted to the facility.

A third report, submitted May 6, lists an incident in which a resident was discharged from the Brian Center without a home health care provider. The resident had not been accepted by a home health care agency to receive assistance with his tracheostomy care and did not have the training or supplies to care for himself on his own at home. Five days later, he was seen in the emergency room for complications resulting from lack of medical care for his tracheostomy.

According to Centers for Medicare and Medicaid Services measures, the facility has a one-star rating, out of a possible five stars, on overall health care and a three-star rating for quality of patient care.

Efforts to contact Brian Center parent company Sava Senior Care and the Centers for Medicare and Medicaid Services Thursday for comment were unsuccessful.