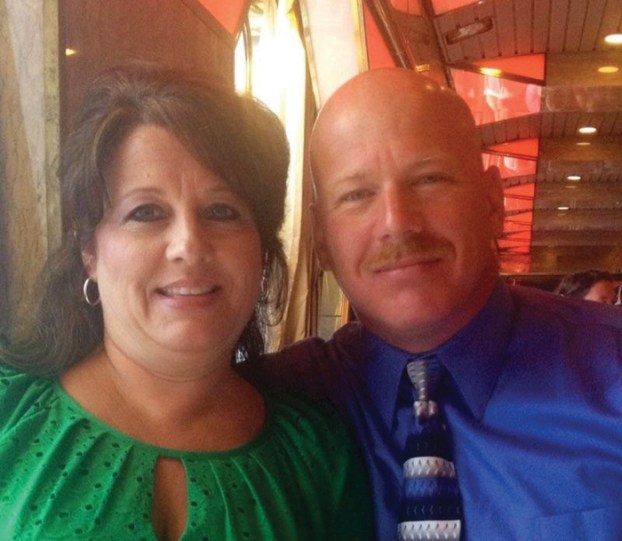 Wayne Pickler had a big appetite for life, a big heart for others

“He flew by the seat of his pants,” said his wife, Dana, on Wednesday. “When the urge hit him to do something, he just did it.”

Those “somethings” were varied. He enjoyed working in the yard, hanging out with his daughters, Lexi and Gracie, or visiting his grandmother, Marjorie Miller.

Just as easily, he could be four-wheeling in West Virginia, cruising in his pontoon boat on High Rock Lake, hunting and fishing with stepson Will or attending stepson Solomon’s baseball games.

Jeff Brindle, a friend and co-worker of Pickler’s at the University of North Carolina at Charlotte, said Wayne could eat enough sushi to feed a family of four.

Wayne was a big jokester and cutup at work, Brindle said, but also the guy who would do anything for you.

That’s why it was difficult for Brindle — and hard for everyone else who knew Pickler — to believe the text he received Sunday night reporting that Wayne had drowned at the lake.

“He thought he was a lumberjack,” Brindle said. “I would have thought a tree would fall on him before he would drown.”

How or why Pickler, 49, ended up in the water late Sunday afternoon might forever be a mystery. With his dog Web along for the ride, Wayne was steering his pontoon boat beyond the cove where Dana and Solomon were relaxing on rafts in the water.

Wayne was on his way to pick up friends and bring them back to the cove. They often swam and grilled out on the beach. Not long after Wayne left, Solomon told his mother he heard something.

They looked a good distance toward the open water and realized Wayne was off his boat, in the water and yelling for help. Initial reports to authorities would say Wayne was working on his boat and that he could not swim, but Dana said her husband could swim, and she doesn’t think he had left the boat to try to fix any problem.

Solomon took off and had to swim an extremely long distance before he could even reach the stranded boat and the spot where Wayne had been calling for help. By then, Wayne had long disappeared under the surface. Rescue personnel located his body several hours later Sunday evening.

Adding to the mystery was that Web had stayed in the boat and not jumped into the water as he often would with Wayne or Dana. Also, the pontoon’s door was closed. Did that suggest Wayne had somehow fallen in?

The Picklers’ boat had been sputtering off and on since the previous Friday, and Wayne thought it might be a case of just having some bad gas. When they initially got into the pontoon Sunday, Dana said, it took a long time before it started.

When their friends called Sunday and said they were ready to be picked up at the N.C. Wildlife access area, Dana said Wayne had mixed feelings about taking them on a planned cruise of the lake, since the boat was not running well.

He told Dana he would hate to get out on the open water and have problems. Dana suggested that he pick up their friends and bring them back to the cove. That would work better, she added, because Solomon had to leave about 6 p.m.

Wayne had just blown up the rafts for Dana and Solomon before he left.

High Rock Lake was one of the passions Wayne and Dana shared. They had bought the pontoon at auction in June and spent the Fourth of July weekend on the lake. A week later, Dana, Wayne and their blended family — this was the second marriage for both — went to the beach.

By Friday of that beach week, Wayne told Dana he was ready to leave, get back on the lake “and just ride.”

“We went down (to the lake) every chance we got,” Dana said. They would keep the boat docked at a friend’s house.

In the fall, Wayne planned to pull the vessel off the water and make some tuneups and repairs.

“He had high hopes for that pontoon boat,” Dana said.

While Sunday became a tragedy beyond belief, Dana said she will cherish the memory of last Friday, when they both had a day off and decided to spend it on the lake. At first, Dana protested and said they should be working on a flower bed at their house.

But Wayne said they could wait until the boat was out of the water in the fall.

“We enjoyed our time just going and doing our thing,” Dana said of trips they took together.

One thing the couple never saw eye-to-eye on was college basketball. Wayne was an avid University of North Carolina fan; Dana holds a strong passion for Duke.

Banks and Jonathan Kluttz often watched Carolina basketball games with Wayne, and Banks thinks a particular Duke-Carolina game led to Wayne’s having to sleep on the couch one night.

“We had some knock-down, drag-outs,” Dana confirmed. “We did not watch TV together when Duke and Carolina played.”

Banks Kluttz said George Wayne Pickler, who everybody knew as Wayne or his nickname, “Pic,” was a tough but big-hearted man.

“He was just the kind of guy who would do anything for you,” Kluttz said. “He always had the right tool you could borrow, and he was really handy with all sorts of stuff. … It was just stunning to hear this.”

“It hurts to lose good people, and that was a good one right there,” Kluttz said.

Dana and Wayne had virtually known each other their whole lives. Their families lived about a mile apart, and they both attended East Rowan High, though Wayne first went to Rockwell Christian School.

Dana said they were supposed to go out on a date when they were 16, but the day before the date she broke a wrist on a four-wheeler. The date fell through, and their lives took different paths, though for a time, they both worked for Food Lion.

Wayne spent 20 years with Food Lion in maintenance and as a heating and air-conditioning technician. He then took a similar job and commuted daily to UNC-Charlotte.

In 2011, Wayne and Dana started dating, and they married in October 2014 at his parents’ residence.

To get under his skin, Dana would often call him “George,” but Wayne gained his revenge whenever he called her “Baby.” And he did it often, though she protested she wasn’t a baby.

Wayne loved his daughters, Lexi and Gracie, and enjoyed every minute they could spend together, Dana said.

The couple often dined at the Stag ‘N Doe restaurant in China Grove. And Wayne also liked to take Web most everywhere he went.

Dana only thinks about this now that Wayne is gone, but a few weeks ago, he told her they needed to start deciding about the future. Did they want to buy a place on the lake? Did they want to travel instead and see new places?

Then another thing happened Sunday morning on the day he drowned. He told a person at church that if he died that day, he would be doing his favorite things – spending time on the river with his wife and enjoying the boat.

“I think, golly, did he know something?” Dana says, taking a long pause.

By Mark Wineka mark.wineka@salisburypost.com SALISBURY — It’s a different kind of roadside memorial, but just as powerful. For much of... read more