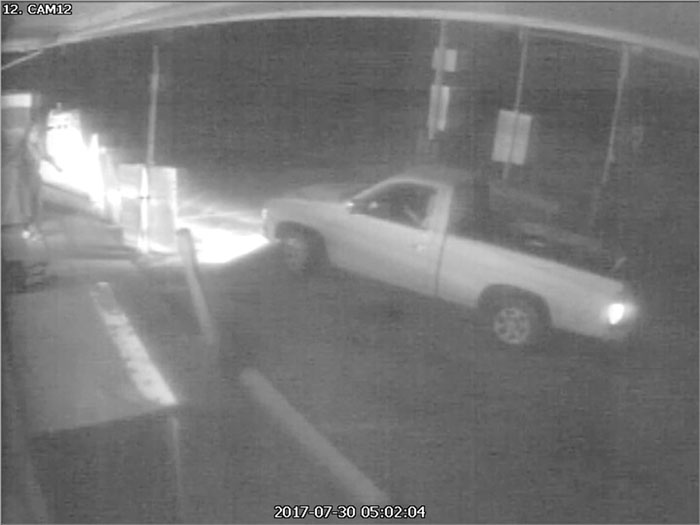 Submitted photo Video surveillance at Charlie's Mart on Faith Road showed this pickup truck driving into the door of the business.

SALISBURY — Authorities are looking for two men who broke into convenience stores in eastern Rowan County using a pickup attached to the door to gain access.

On Sunday, break-ins were reported at Cheeseman’s Store at Old Beatty Ford and Organ Church roads and Charlie’s Mart on Faith Road, near the town of Faith, the Rowan County Sheriff’s Office says.

Two men in a truck are seen on the store’s security video. In both break-ins, the front glass was broken.

Authorities say at Charlie’s Mart, the suspects hooked a tow strap to the front door and tried to pull the door off.

The vehicle is a gray older model Nissan, and it appears to be damaged on the passenger side door and passenger side fender. In the video, the driver is seen manually shifting the gears of the truck.

Authorities say Cheeseman’s Store has been broken into twice in four days.

There was damage to the buildings at both locations, but there was minimal property taken.