D.G. Martin: Seventy-six trombones and the loyalty to con men 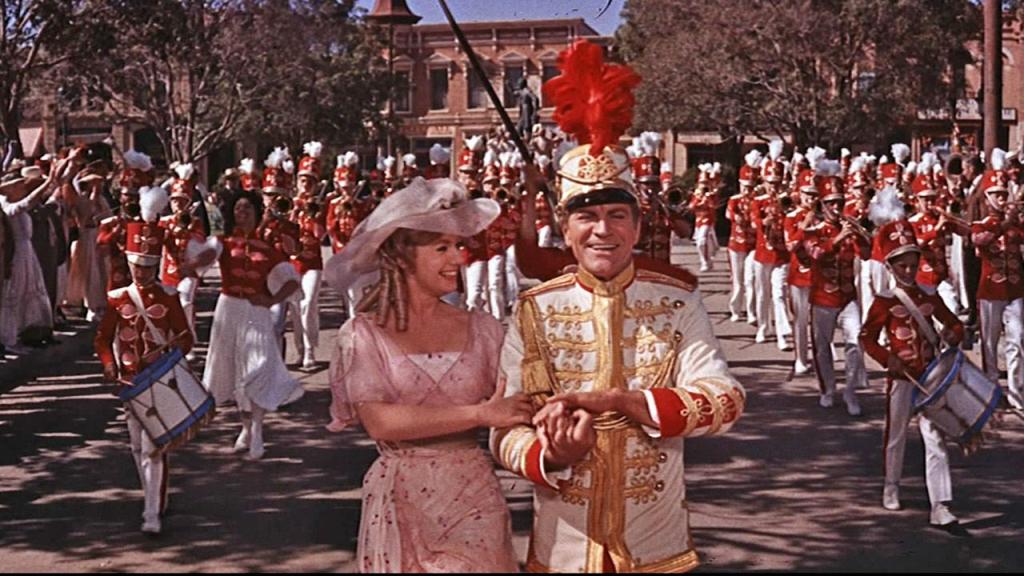 In 'The Music Man," masquerading as a traveling band instructor, 'Professor' Harold Hill tries to con the citizens of River City into paying him to create a boys' marching band.

“Seventy-six trombones led the big parade, with a hundred and ten coronets close at hand. They were followed by rows and rows of the finest virtuosos, the dream of ev’ry famous band.”

Can you guess where I am going with this?

“Seventy-six trombones caught the morning sun. With a hundred and ten cornets right behind. There were more than a thousand reeds, springing up like weeds. There were horns of every shape and kind.”

Remember those words from “The Music Man” and how the lead character, Harold Hill, came to town and gave people hope promising to train town children to form a big band? The story explains how he persuaded them to raise funds to buy the instruments. Of course it was all part of a con job.

“The Music Man” story comes to my mind other times when a charismatic con man comes on the scene and builds a loyal following by selling hope. The devoted followers dismiss all challenges to the con man’s promises. They fall in and follow their hero wherever he takes them, confidently believing all the promises.

The stories of such con men are legion. Oftentimes, they are godlike figures to their followers. Jim Jones’s powerful charismatic ministry drew a community of people to his People’s Temple commune in Jamestown, Guyana, South America. They followed Jones’s orders loyally and without question. On November 18, 1978, when trouble came, 909 inhabitants of Jonestown died in a mass suicide directed by Jones. They drank a Kool-Aid-like punch dosed with cyanide poisoning, following their leader to the death.

Many North Carolinians remember the winning personalities and charisma of Jim and Tammy Bakker. Their television ministry drew millions of dollars each week from followers who believed in their prosperity gospel and promises of incredible financial success. Even when those promises collapsed and Jim Bakker was convicted of fraud and imprisoned, some of their followers found it impossible to relinquish the hope that Jim and Tammy gave them.

Bernie Madoff’s cool, calm charisma persuaded hundreds of wealthy people to invest billions in his promises to bring them unbelievable returns on their investments.

A parole board’s recent approval for O.J. Simpson’s release brought back memories of when his loyal followers refused to desert him even in the face of hard evidence of his selfishness and criminal behavior.

Napoleon persuaded the French people to cast aside their loyalty to their republic and former kings and to follow him into ultimately disastrous wars. Napoleon’s promise of grandeur haunts the French spirit to this day.

On a recent trip to Cuba, I observed the genuine loyalty many Cuban people hold to the late Fidel Castro, even though arguably he destroyed their country. Although heavy-handed government cultivates the Castro cult, the Cuban people’s affection for him is a testament to the power of his charisma and to the willingness of people everywhere to sell their souls to con men.

Even more unbelievable than the Castro cult is the adoration North Korea’s people express for their ruler Kim Jong-un. As in Cuba, the loyalty of the people of that country to such a thug is not simply a result of heavy-handed government oppression.

There are many other examples of unreasonable attachments to con men and women who offer hope, deliver disappointment, and still retain the fanatical loyalty of their followers: Juan and Eva Peron in Argentina, Adolph Hitler in Germany, U.S. Senator Joseph McCarthy, Huey Long in Louisiana, and Hugo Chavez in Venezuela.

You see my point, don’t you?

One question: Have I overlooked anybody?