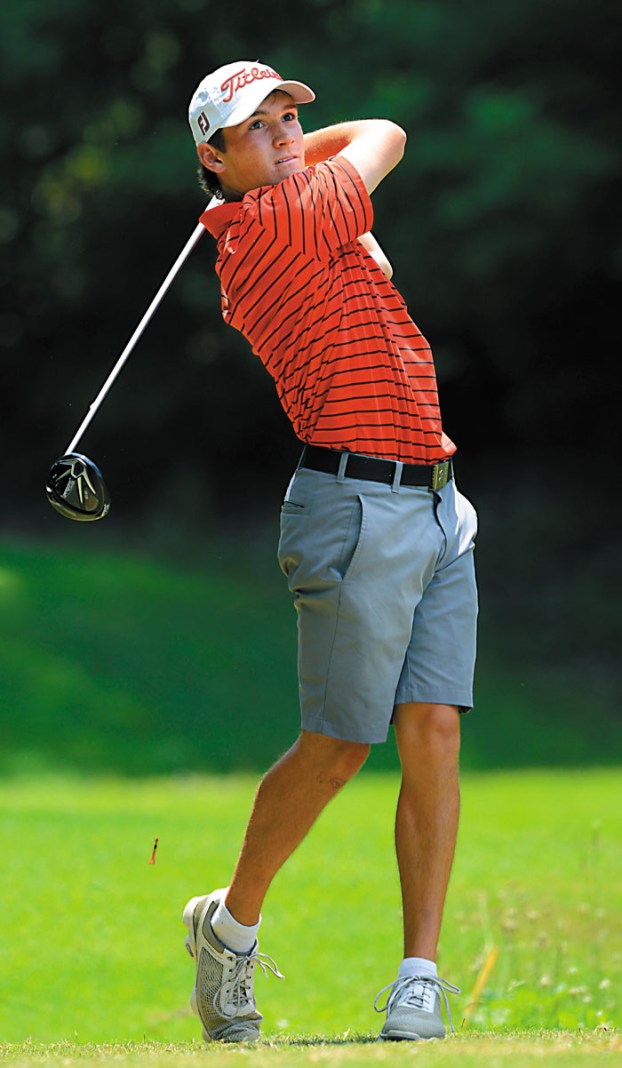 Michael Childress Photo by Wayne Hinshaw, for the Salisbury Post

Charlie Barr
Photo by Wayne Hinshaw, for the Salisbury Post

Staff report
ADVANCE — Only two of five local junior golfers made the cut in the 13th annual Dogwood State Junior Boys’ Championship at Bermuda Run Country Club.
Following Wednesday’s second round, the field was cut from 140 of the top junior boys in the state to 72.
Salisbury’s Michael Childress and Charlie Barr made the cut, although both are well back in the field. Childress is tied for 39th place, after his second-round 78, to go with his 4-over par 76 on Tuesday.
Childress, a rising senior at Cannon School, is at 154 for the tournament.
Childress had two birdies and 10 pars on Wednesday, but a triple bogey on the par-5 593-yard 6th hole hurt his round.
Barr shot a 79 on Wednesday, also following a first-round 76, for a two-day total of 155 (tied for 46th). Barr is a rising freshman at Cannon School.
Barr had three birdies during his second round, but just seven pars. He had seven double bogeys and a triple bogey on the par-3 12th hole.
Barr teamed with Troy Beaver to win last year’s Labor Day 4-ball tournament at the Country Club of Salisbury.
Pfeiffer-bound Parker Chavis, of China Grove, shot his second straight 82 for a two-round total of 164.
Rockwell’s Bryson Sprinkle, a rising senior at East Rowan High School, followed his Tuesday 83 with a solid 80.
Andrew Coward, of Landis, a rising sophomore at South Rowan, rebounded with an 82 on Wednesday, after an opening-round 87.
First-round leader Peter Fountain, of Raleigh, slipped back to second place after a 71 on Wednesday. He fired a 4-under par 68 on Tuesday.
Brandon Einstein, of Clemmons, took over the lead with a 5-under 67 on Wednesday, following his first-round 71.
Tyler Partee, of Thomasville, son of former Salisbury High and Catawba College athlete Jon Partee, is tied for 63rd, just making the cut, after rounds of 75 and 83.
The third and final round is today.
You Might Like