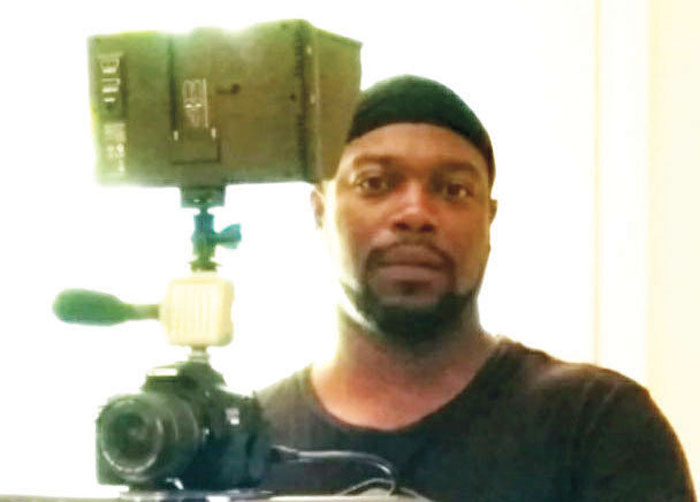 SALISBURY — The same day two people were killed in downtown and others injured, a local studio set to work on a film to be released next month about violence in Salisbury. Filmmaker Ellis Robinson and friend Marcel Bellamy, of Studio 420 Production, have been working to make the short film as a way to unite everyone, Robinson said.

Robinson, who directed the film, said the five-part film will be released on Studio 420’s YouTube channel, with the goal of reaching a broader audience. Robinson is a native of South Carolina, but has lived in Salisbury for 21 years. Bellamy is the co-executive producer and wrote the film, which features different incidents of violence including bullying, shootings, rape and felony crimes.

The goal was to “unite together as one instead of against each other,” Robinson said.

“We haven’t seen anything that has been done to put the finger on things as far as the violence. We are putting it as violence in general. We also are focusing on black-on-black violence,” Robinson described the film.

He said there have been some local incidents that sparked the making of the film including the death of 7-year-old A’yanna Allen, who was shot multiple times as she slept in her grandmother’s Harrel Street home in December 2016. He said the shooting of Sharod Mathis at Firewater Bar and Lounge that preceded Allen’s killing also compelled them to make this film. The film has some heavy topics, but there are some lighthearted moments, Robinson said.

The small film crew including the actors, have already filmed at Cannon Park on Park Avenue and plan to film on East Cemetery Street and other areas throughout the city. Their objective was to use elements from the city itself in the film including using residents in some communities as extras in the film.

The studio is located off Airport Road and was established three years ago. This is the biggest undertaking the studio has taken. The film is expected to be uploaded to the studio’s channel by Aug. 20.