To survive a catastrophe, the Amish rely on faith 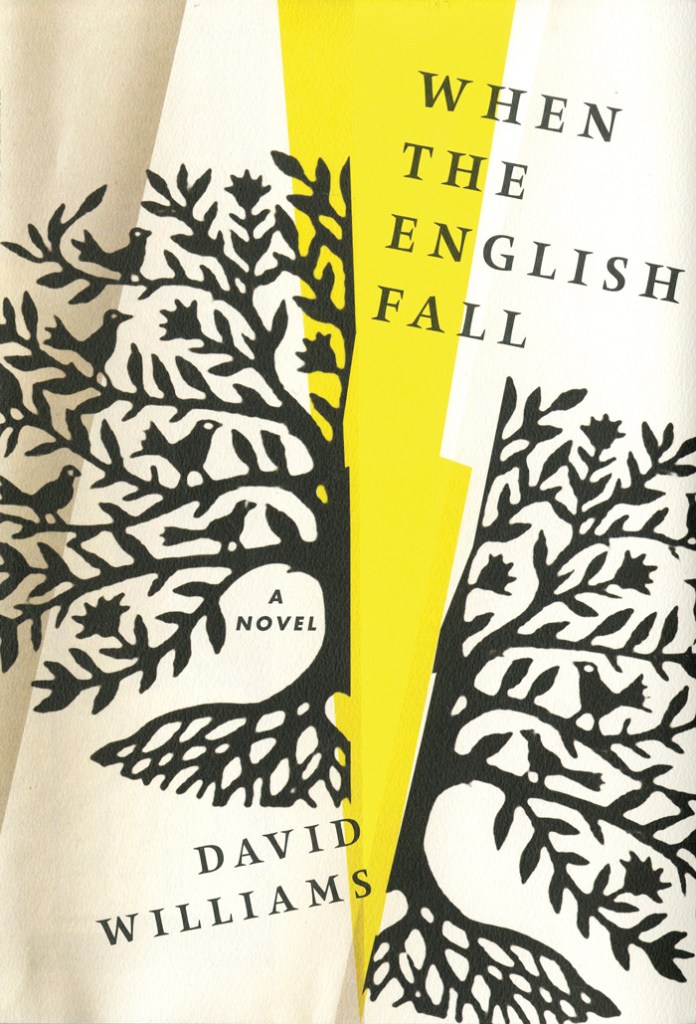 “When the English Fall,” by David Williams. Algonquin Books of Chapel Hill. 242 pp.

As interest rises again in dystopian or post-apocalyptic novels, David Williams’ “When the English Fall” focuses on a closed community known for its stoicism.

His story is about the faith and resilience of the Amish while the rest of the world falls apart.

It is the simple message of faith that is so moving in the book, which is farmer and carpenter Jacob’s diary of a desperate time following something like a solar storm which is beautiful but wipes out all electricity and most of the devices the English — non-Amish — rely on.

What’s notable is how the Amish accept what comes. They do not depend on electricity for much, just  for freezers for storing food and for doing laundry. But even their generators stop working.

This group of Amish has no radio or television, and rely on word of mouth for news. For days they are unsure of what has happened, but they know it’s very bad.

They persevere, working in the fields, preserving food, worshipping in their plain and simple way. It is what God would have them do, and they accept that without argument.

It’s not long before military vehicles rumble past on the road to Lancaster, Pa., not far from their settlement. They know they will be called on to help feed people who cannot or do not know how to feed themselves without supermarkets and restaurants.

This is just the beginning.

Jacob has much to care about and much to give. He and wife Hannah have just two children in a group that relies on large families for day-to-day help on the farm. Young Jacob is a boy growing into a man, eager to help his father. Gentle, delicate Sadie suffers from seizures, some so violent her father must hold on to her all night so she does not hurt herself. Wife Hannah does all she is expected to, but feels the pain of losing a baby and knowing she can have no more.

It’s Sadie who begins to warn them of something coming. In her seizures, she screams again and again, “They fall! They fall!” And again she tells them the same thing, “She talks about the lights, and about the darkness. The skies are bright with angel wings, she will shout, suddenly. The English fall! The English fall!”

Weeks later, Jacob writes, “And on the third night, the angels came and filled the heavens.”

“And then they came. A flicker here, and a flicker there, color danced in the sky. Then sheets of it, brighter and brighter, dancing wild sheets cast across the skies, beautiful purples and blues and pinks.”

“… So beautiful. But terrible.”

Though their world does not change drastically, they know the English will suffer more and they must be prepared to help, for that is God’s will.

Wallace is a Presbyterian minister who knows a great deal about the Amish, so he presents them not as outsiders so much as folk obedient to God who accept what comes without anger or resentment. What happens is what is meant to happen. They will do what they have always done.

At first, the National Guard arrives to take a portion of their food for the people in the city. Jacob and the others oblige, because their faith says their duty is to help others.

Jacob, who is also a carpenter, has an English friend, Mike, who brings him orders for handmade furniture for the large houses building up in the area. Mike is a little rough — he uses profanity, he is divorced and living with his girlfriend, but he has always done right by Jacob.

When Mike arrives, ex-wife and sons with him, despondent, asking for help, it takes only a short while for Hannah and Jacob to agree they must become part of the family, helping them on the farm in return for food and lodging. It’s the right thing to do.

As society breaks down without its conveniences and amusements — it is a brutally hot fall — the people get increasingly violent. Jacob, awake at night, writing, frequently hears gunfire. The news that comes in from Joe, a neighbor who rides his horse about to find out what’s going on, gets worse and worse.

Unspeakable terror happens to their small group, and then more, with constant threats.

Sadie is now looked upon as a person who has, if not premonitions, then insights into the future. As everything the Amish and the English know falls apart, the women, in particular, turn to Sadie.

Her simple statement is shocking to all, but she is calm, and now without medicine to help her seizures. Perhaps she does have a special sight.

The community must decide what to do. They are comforted, to a degree, by knowing in their deepest hearts and souls that God’s will will be done, that if they chose one or another option, God will be with them, and they will continue. That doesn’t mean their choice will be easy or their future bright. They, too, must suffer. They are part of the world.

Williams writes a believable ending, one that speaks of perseverance, hope, faith and love. Sounds like what the world needs now.