Panthers are there for teammate 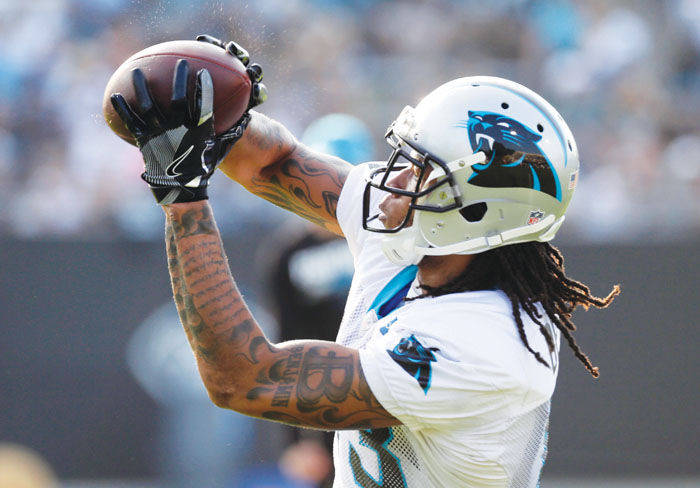 Benjamin says being around his Carolina teammates is helping him cope with the recent death of his mother.

The Panthers fourth-year receiver posted on Instagram on Friday that he buried his mother last weekend and was in a “dark place” initially, but that spending time with his teammates has been good for him.

“Been around my bros! It crazy how I feed off (their) Energy. Love mom keep watching over me,” Benjamin wrote.

Benjamin, a former first-round draft pick from Florida State, has not missed a practice since the Panthers first took the field Wednesday night for the start of camp. He has not yet conducted any interviews since arriving here at Wofford College.

“Being out here has been great for him,” Panthers coach Ron Rivera said following Saturday’s practice. “Sometimes the best therapy is to be around your teammates.”

Rivera said the Panthers try to stay in touch with their players and monitor what is happening in their lives off the field particularly during difficult times.

“We try to talk to our guys and be there for our guys,” coach Ron Rivera said. “It’s something that we have learned to do with these guys. Kelvin’s was a tough situation. He’s the youngest in his family and he really took it hard.”

Benjamin is looking for a big year after catching 63 passes for 941 yards and seven TDs in 2016, his first action since returning from a torn ACL in his knee.

NOTES: Veteran cornerback Captain Munnerlyn (hamstring), and rookies wide receiver Curtis Samuel (hamstring) and cornerback Cam Elder (knee) continue to be held out of practice while dealing with injuries. … Quarterback Cam Newton is still trying to shake the rust off after missing OTAs and minicamp. He threw interceptions on back-to-back passes, but bounced to finish practice strong Saturday. … High-priced left tackle acquisition Matt Kalil has been struggling with the humidity at training camp as he works his way back from an injury, Rivera said.