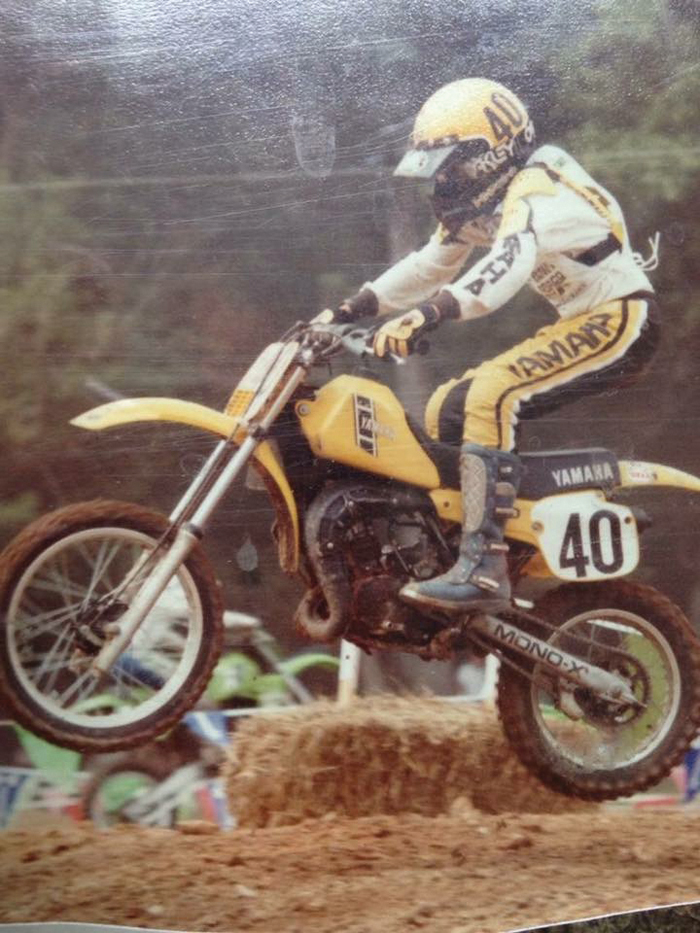 Salisbury’s Dusty Steelman just made his dream come true. The 45-year-old dirt bike racer has qualified for the largest amateur motocross race in the world, the 36th Annual Rocky Mountain ATV/MC AMA Amateur National Motocross Championship, presented by Lucas Oil, to be held this August at the historic Loretta Lynn Ranch. Steelman took on over 22,000 hopefuls from across America to earn one of just 1,446 qualifying positions.

Steelman, who owns Dependable Lawn Care, has been riding dirt bikes since he was 6 years old. Dusty attended the 2nd AMA National Motocross Championship at the age of 11 in 1983, and it has been a lifelong dream to “go back to the ranch.” In requesting his racing bib number upon registering for this year’s event, Dusty received the same number he wore as a youth at Loretta Lynn’s ranch— number 40.

After being out of the sport for 27 years, Steelman decided to get back into motocross when his 6-year-old son expressed an interest in riding. With the support of his family, church and racing community, Steelman has had the opportunity to pursue his dreams, of not only getting back into racing, but of returning to the Nationals. He has won about a dozen races in the last 3 years and rides nearly every weekend at East Bend Motorsports, Midway Arenacross, 421-MX and Wide Open MX.

The race action will be broadcast live daily at www.RacerTV.com, July 31-Aug. 5, for a total of 40 hours of live coverage.