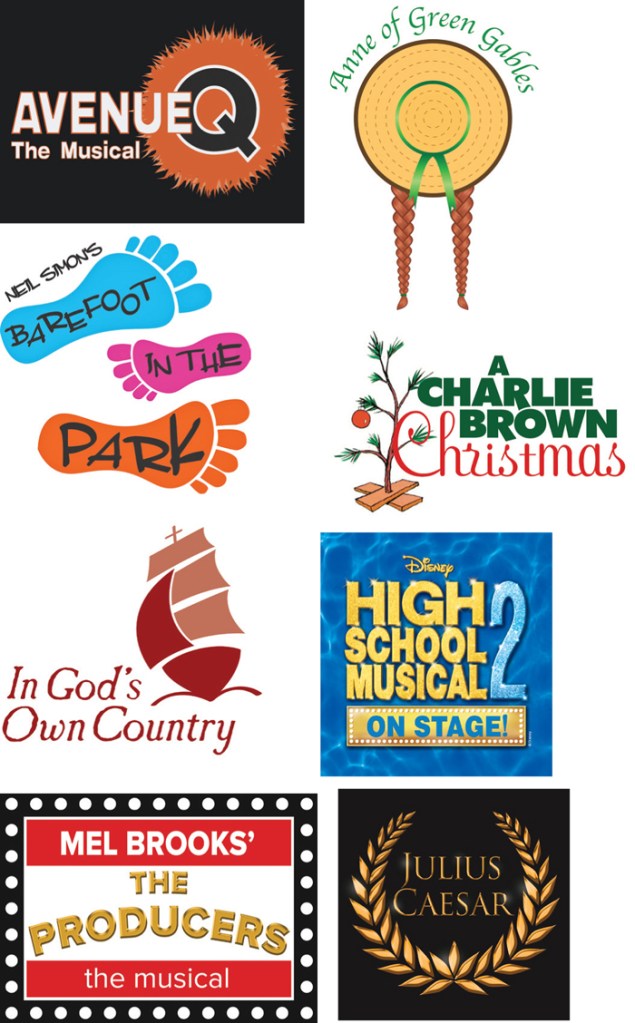 The German theater00 group, Landesbuhnen Sachsen, will appear at the Meroney as part of “In God’s Own Country,” which tells the story of the Lutheran church’s formation in America. The year 2017 is the 500th anniversary of the Reformation, and the play is part of a local observance by St. John’s Lutheran Church, which is partnering with PPT on this special project. Performance dates are Oct. 12-15 and 18-21.

Salisbury native Jane Brown Taubert, who’s lived in Germany for many years, is the play’s project manager. Austin Young, a student at Catawba College and frequent actor for PPT and a Norvell director, has been spending the last several months in Germany as an assistant stage manager for the theater. He and Leonard will work together to stage the show in Salisbury.

It’s an unusual collaboration, Leonard notes. “This is a big German company, with 260 employees. And it’s the first time we’ve collaborated with St. John’s.”

“When Jane approached us with the idea, we knew right away that we’d want to collaborate with PPT,” says the Rev. Rhodes Woolly, senior pastor. “We’ve always had a rich connection with the arts community, but this is our first time working hand in hand with Piedmont Players. Reid has been a phenomenal partner, and we certainly hope this is only the beginning of future collaboration.”

Rob Durocher, St. John’s minister of music, will serve as musical director for the production. German professional singers with Ensemble Mobile will join a choir of 50 people — members of the St. John’s Chancel Choir and other singers in the community.

Although the story centers on Lutherans coming to North America, Leonard and Woolly note, at its core it’s about the challenges faced by all cultures and immigrants who have landed on these shores.

Because of this unprecedented event, PPT is selling its season memberships earlier, so regular ticket holders may make their requests before group ticket sales begin, Leonard says. “We’ve had many church inquiries. We sent information to the North Carolina and South Carolina Synod assemblies, so most Lutheran churches in North and South Carolina should know about it.”

“It’s still Germans, in a way,” notes Leonard, tongue firmly planted in cheek. This play within a play concerns a musical, “Springtime for Hitler,” purposefully designed to lose money. Instead —like the show itself — it becomes wildly popular.

“It’s tons of fun and will have a huge cast,” Leonard says, also noting that Nathan Lang and Matthew Broderick recently reprised their roles in the Broadway production.

“This was one of Neil Simon’s first really big hits,” Leonard says of the romantic comedy, which received the 1964 Tony award for best play. PPT performed it during that decade.

“Now all we have to do is find Robert Redford out there somewhere,” Leonard quips. Redford starred in the 1967 movie version of the play.

Like “Sesame Street,” there are actors and there are puppets. “We’ll make the puppets,” Leonard says, just as they crafted “The Thing” in “The Addams Family” and the dinosaurs in “Magic Treehouse.”

Set builder Allen Jones loves making stuff, Leonard says. “And he loves the challenge of making things like this work.”

Here’s a look at what will take place on the Norvell Theater stage with PPT’s youth productions.

“Anne of Green Gables,” Nov. 10-11 and 17-18. A show for the county’s second- and third-graders always opens the Norvell season. It’s typically their introduction to live theater. In the tradition of Junie B. Jones and Ramona Quimby, Anne Shirley is a little girl with an attitude, Leonard says. “This show is sort of ‘Little House on the Prairie’ meets ‘Junie B. Jones.’ Anne shows up to work on a farm when a boy was expected.”

It’s a classic story, and students will read the book with their teachers before attending. The wide variety of parts should be a good fit for the broad base of youth actors in the area, Leonard says.

“A Charlie Brown Christmas,” Dec. 7-10 and 14-16. The county’s fourth- and fifth-graders get their turn at the Norvell with this musical.

Student may have seen Charlie Brown and Lucy in the comics section, or on television, but seeing them live on stage is a completely different medium, Leonard says. This show will introduce students to musical theater, he adds.

“Julius Caesar,” Feb. 16-17 and 23-24, 2018. Julius Caesar is likely another familiar name to play-goers. The county’s middle-schoolers and high-schoolers will see this play.

Some of the performers in “A Mid-Summer Night’s Dream” wanted to tackle this play, Leonard says. When he met with high-school English teachers, this was in their top three plays that they teach, along with “Mid-Summer” and “Taming of the Shrew.”

“We had always stayed away from a play with a lot of men’s roles,” Leonard admits. “But when we did the Scottish play (no one in theater calls it “Macbeth,”) we cast the best actor for each role, whether male or female. That worked well, so we’ll cast this play the same way.”

Leonard adds, “In Shakespeare’s day, women’s roles were played by men because it was illegal for women to be on stage.”

“High School Musical 2,” July 12-15 and 19-21, 2018. This wildly popular Disney show rounds out the Norvell year. Because of the size of the cast and the need for bigger stage, this show will take place at the Meroney.