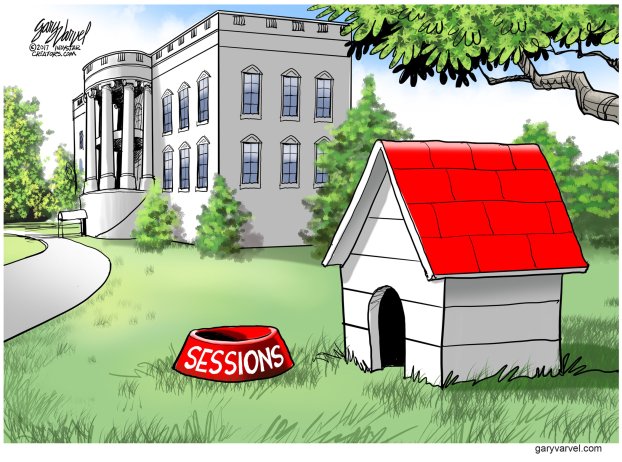 … Fibrant in Focus: City-owned service ‘a mixed bag’ for Salisbury

With a mix of business and residential, those new accounts would have easily averaged out to $140 per month. That would have generated $3,024,000 per year in new revenue for the system and put it at break even or slightly beyond. As a result, Fibrant would not be considered a mixed bag.

It’s obvious from the customer interviews Fibrant is a good product. It’s critical there is a day-in and day-out focus on sales in an operation like this. The upside is there if you work for it. Your article only scratches the surface of all this.

Ummm, this is a little wishful thinking. 2,000 customers were initially obtained because Fibrant was a new product and it started out at 0 customers.

The problem was that out of those 2,000 customers, we had a number of customers that were not paying their bill. That was allowed to go on for a while. In 2016, we did not see large increases because customer service had to clean up the customer list. So in actuality, from 2015 on we made Fibrant more cost effective.

Speaking of cost effective, the way Fibrant was installing service before I got there, the ROI on an install was over 10 years (!!). So with previous administrations, they were adding customers, but at a very poor Return on Investment. We started turning the battleship around in that regards.

In 2015 we found out that the sales staff was instructed not to sell to businesses. To be honest, that was crazy, as one business could financially equal about 10-100 residential customers. So it is not just about number of subscribers. That mentality is what got Fibrant in trouble in the first place.

And before 2015 there were no plans for maintaining the system, and a number of items in the Data Center needed attention or could no longer be serviced. Within our budget, we created a maintenance program, and actually upgraded core parts of the system which will keep the system up to date for over a decade. Before 2015, Fibrant was running lean to the detriment of the network.

Fibrant can be a jewel if promoted properly (with a real marketing plan!), and maintaining the path of making it more efficient continues. Previous administrations certainly did harm to the success of Fibrant. We should be thankful that Mr. (David) Post, Mr. (Lane) Bailey and many of the Fibrant employees are looking into Fibrant’s success. They should continue to find ways to keep Fibrant.

I agree that sales AND marketing needs to be looked at constantly. The whole idea behind Fibrant is that it is an investment to attract new business and talent to the area. Salisbury has a great tool in Fibrant. Use it. And you better do it quickly. Other cities will catch up.

We just switched, and I think a lot of people will since Spectrum is so expensive

… This does help make the community a “buyers’ market,” as we have the luxury of playing the competitors against each other. It used to be a call to Time Warner for a lower price resulted in “it is what it is.” Now it’s more often “we’ll match what they’re offering you, plus throw in…” Fibrant can’t really play that type of pool, though.

I really like Fibrant. I was optimistic when my husband wanted to switch from TWC. The internet is great. I have had maybe two issues in the four years we have had them.

When I was with TWC, I was on the phone for hours at least monthly for service being down. I don’t miss having to unplug this or that. Our bill is actually a lot less now.

Spectrum and AT&T could literally give internet to every home in Salisbury for free if they wished, and have only a relatively small loss in revenue. Obviously the same would bankrupt the city.

It’s the one thing I really miss about living in the city limits. The consistent speed was unmatched around here. Been with Spectrum now for a couple of years and miss Fibrant badly. Hopefully they can market this service better because I think there are a lot of people who don’t realize just how good it is.

Rearranging the deck furniture by tweaking operational efficiencies like cost shifting, sharing of duties between departments, refinancing and the like can only get you so far towards profitability.

All of this would be moot if your customer base supported your expenses (and there is no reason that can’t happen). Fire and hire a new sales and marketing team. Fibrant is a great product. Get out there and sell it.

I will give Mr. Post credit for digging into this mess and publicly giving out information the city had not previously been willing to give, but to say the council was not guilty of malfeasance because they were ignorant of the operation is ridiculous. … If that isn’t their job then tell me what is? They decided to create this entity and then proceeded to pay it no attention?

Maybe local government should stay out of private business enterprises, especially when they have no expertise in the field.

Also, who directed these city employees to spread the debt around and make it look like Fibrant was profitable? Someone is responsible for these directives. Most people would call this fraudulent practices and the same would launch you in jail if you were in a private business.

I think it is time the state attorney general looks at what indiscretions went on during this period and who was responsible for these actions so the taxpaying citizens of this town do not get stuck with another “ storm-water run off fee” or increased tax bill.

Agreed: let’s be honest how we got here.

OK, now that that’s out of the way, can we move on?

Regardless of how we got here, having gigabit fiber is an asset to this community. The only shame is that we don’t use it to attract businesses to the area — businesses that employ a lot of people and pay good wages and benefits.

To all the passionate folks out there, this — and only this — is where you should devote 100 percent of your energy.

I have Fibrant internet service and it is great. Better connection and faster speed than the Time Warner Cable service I had before I moved into the city. Comparable rate, too. Don’t understand why they are struggling.

Fibrant is now allowed to extend to all of Rowan County municipalities except Kannapolis. First, however, the towns must invite Fibrant to expand into the community. Marketing would help with this type of option. Expand. Salisbury is only the hub of the wheel; expand and grow Fibrant

OK, Fibrant is going to be debated forever. Seems like since it hasn’t done what it should have done, and I am talking about bring more jobs, I would be asking myself why, since Concord can get all of these big distribution centers(FedEX, Amazon, and etc.), why can’t we offer this service and get one of the big call centers that goes along with fast internet service to these big business companies?

… Editorial: Fibrant, then and now

It’s too bad Harry Warren, our representative in the N.C. General Assembly, sided with the restricted growth over the financial health of the city he lives in. Obviously, to him, the companies who paid for his campaign (Time Warner and AT&T) are more important than the people who live in Salisbury.

An important caveat the editors may not have been aware of is the fact the study they cite was created by a man who founded and created a “center” that is almost entirely funded by corporate interests. Among the sizable contributors includes AT&T, Comcast, the cable and wireless lobbies, Charter/Spectrum and Verizon.

It would have been a shock had this report not found municipal broadband competition to be “risky.” It sure is for the people giving study author Mr. Yoo (who has also repeatedly testified in favor of Comcast’s business interests) a lot of money.

Good job. Keep up the good work. Love seeing our streets being cleaned up and our children/people being protected.

Mooresville Road needs to be widened from Salisbury to the Iredell county line, especially at Lazy 5 Ranch. That spot is a wreck waiting to happen.

With each successive election cycle for at least two decades, it seems the rhetoric against each sitting president by his opponents has become more intense. Is it a sign of a healthy democracy? Or does it suggest something more “dark” about how our national politics has evolved over time?

One thing I know is for sure. Donald Trump’s income tax has all the answers. What is he hiding? Trump’s connections to the oligarchy, Russian Mafia and Putin are more  than the heart can stand.

Please read Craig Unger’s report in the New Republic. He talks about the Russian mafia money-laundering that has gone on for years with Donald Trump. Never in modern American history has there been a president like Trump.

Let’s not be diverted from Trump’s apparent Kremlin ties by unsubstantiated at best and patently false accusations at worst that the Clintons allowed Russia to acquire uranium. Changing the subject to a different and an unrelated topic does not merit discussion. His association with Russia and its meddling in our presidential election is a question that may need some discourse.

Is #45 loyal to America, Russia or The Art of the Deal? Is Russiagate one of Trump’s reality show distractions from the real critical issues? What are the real issues?

What should be discussed is a government controlled by those who apparently want to destroy organized human life on earth. The GOP leadership and the White House ignore climate change evidence and are taking measures to dismantle carbon dioxide regulations. Cabinet appointments are geared to destroy anything useful to human beings such as pollution controls.

… David Freeze: Looking back and a little bit forward too: The summer ride of 2017

I like following David in his adventures. I follow his route in Google and enjoy seeing the places he visits and the views of the roads. It is just amazing, and I admire his determination. I wonder where he is going to take us next year.

Enjoyed tagging along. Looking forward to the next adventure.

I have two big bags of clothes I can drop off today. Just tell me where.

Donations of all sorts excluding baby toys and TVs can be dropped off at 521 Jake Alexander Blvd. W. For more information regarding needs and drop-off hours, call the Family Store at 704-636-7587.

Free clothes, shoes, etc. each Thursday at Landis Baptist mission house on Ryder Street in Landis —free to those in need. Ipen from 11 a.m. until 2 p.m. every Thursday.

… Letter: The lessons of history

Thanks, Gordon, for your thoughts on history. I, too, learned from Mr Pickett in 1963 and watched in awe as the old Setzer School was placed behind Knox.

I wish I had the appreciation of history back then, but I guess as we become history, we learn to appreciate it more. History is how our families lived before us, and understanding this town’s story can only help us go forward. People that haven’t lived here for many years do not know what transpired here, but it is a remarkable journey to take together.

RALEIGH — While the legislature debated the state lottery years ago, a veteran lobbyist dismissed my argument that it would... read more