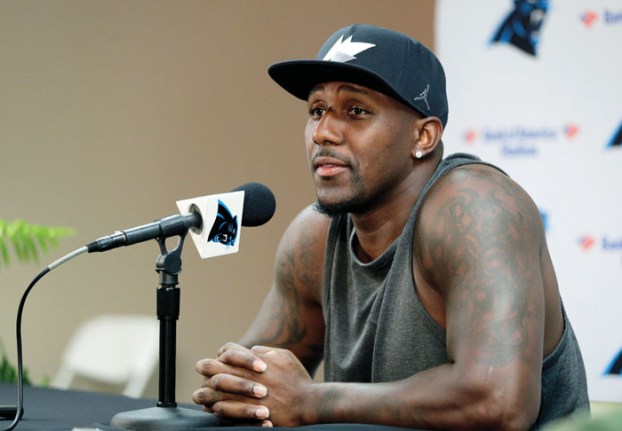 But the 12-year NFL veteran quickly added it won’t keep him — or his two young boys — from playing football.

The Journal of the American Medical Association published a report Tuesday that found chronic traumatic encephalopathy, or CTE, was diagnosed in 177 former players, or nearly 90 percent of brains studied. CTE, a debilitating brain disease that can cause a range of symptoms including memory loss, was found in the brains of 110 of 111 former NFL players; 48 of 53 college players; and nine of 14 semi-professional players.

“I would say that is something we are paying really close attention to as players,” said Davis, one of the hardest hitters in the league and a key to Carolina’s defense. “I would be lying to you if I didn’t say that I didn’t get nervous seeing that stat. That’s an alarming stat.”

Despite the risks, the former All-Pro linebacker and Walter Payton Man of the Year still wants to keep playing. In fact, the 34-year-old said Wednesday he is seeking a contract extension from the Panthers in hopes of playing a “few more years.”

“At this point you’re so passionate, and you just love it so much and try to continue to do it — and do it the right way,” Davis said. “The league and the NFLPA dove in hard trying to come up with solutions. I think the concussion protocol that we have right now is definitely a start to improving the overall lives of players after the game when you think about dealing with concussions and head injuries.”

Davis said he and his wife, Kelly, talk regularly about CTE and will continue to monitor studies that are released. They have two young boys, ages 13 and 9, who play youth football.

Davis said the new report that revealed three out of 14 high school kids tested had CTE was “eye-opening” as a parent. The study could cause parents to change their minds about allowing their children to play football.

The study was the largest update on CTE yet.

“At the end of the day, the money that you make, the people that you meet and the experience you get from playing this game — I will take against CTE,” Shepard said.

Shepard also said he expects his 14-month-old son to grow up wanting to play football.

“Growing up in the state of Texas, football is No. 1,” Shepard said. “So it’s going to be hard to fight him off from playing football.”