Family of four displaced in fire at Ellis Crossroads 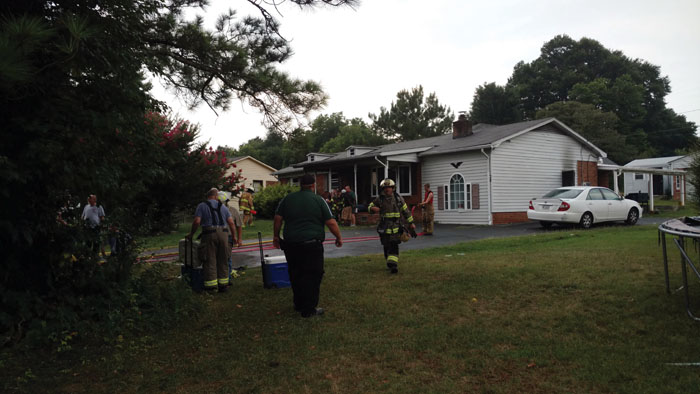 A family of four was displaced after fire ravaged their home Thursday evening. The house is in the 3500 block of Dogwood Court at Ellis Crossroads. Rebecca Rider/Salisbury Post

ELLIS CROSSROADS — A family of four was displaced Thursday evening after fire ravaged their home.

Fire officials said they’re thankful no one was hurt.

Firefighters received a call to respond to a home in the 3500 block of Dogwood Court at 5:18 p.m. Thursday.

Chris Kepley, Salisbury Fire Department battalion chief and training captain with the Ellis Crossroads Fire Department, said the inside of the home is “unlivable.”

The residents, two adults and two teenagers, are being aided by the Red Cross.

Investigators are still looking into the cause of the blaze, but Kepley said most of the damage was concentrated in the kitchen, a back bathroom and the utility room.

The Ellis, Franklin, Spencer, Union and Salisbury fire departments responded to the call, along with Rowan Rescue and Rowan EMS.