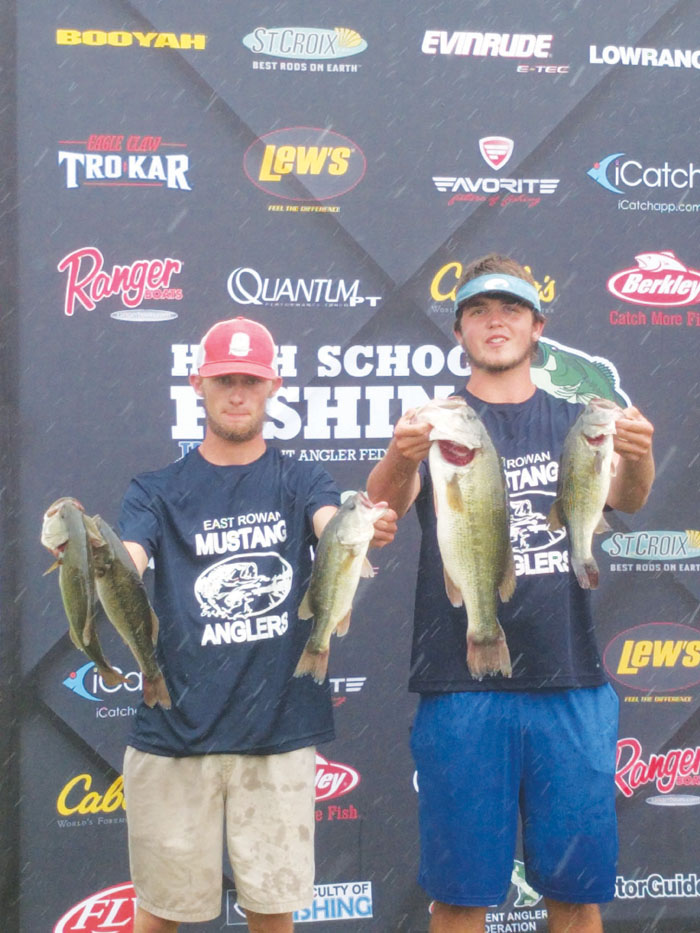 Submitted photo The team of Hunter Harwood, left, and Paiton File, right, finished 8th in the High School Fishing World Finals, July 1, in Florence, Ala. Harwood and File, June 2017 graduates of East Rowan High School, caught five bass on the last day of the tournament in Lake Pickwick, with a combined weight of 14 pounds, 14 ounces.

On the fourth and final day of the event, which was sponsored by the High School Fishing Student Angler Federation, File and Harwood caught five bass with a combined weight of 14 pounds, 14 ounces, good enough for eighth place.

Over 330 teams started the tournament, which was won by Jon David Bedford and Walker Brown of Loretto, Tenn. The champion team’s five fish weighed in at 24 pounds, 9 ounces.

File and Harwood, both 18 years old, were off and running on the first day with five bass that weighed 13 pounds, 15 ounces. They followed that up on the second day with five bass at 14 pounds, 3 ounces, securing their spot in the world and national finals.