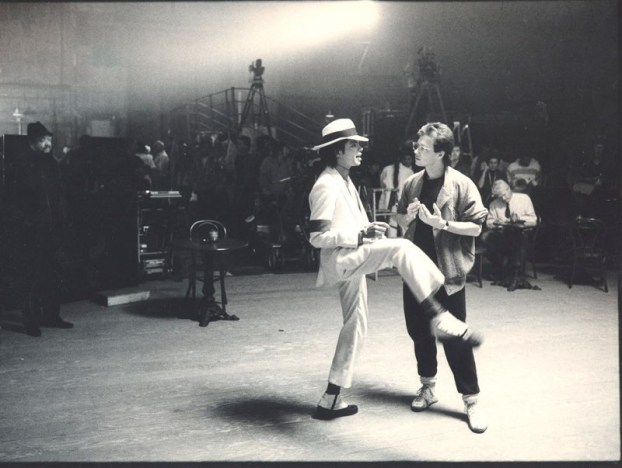 SALISBURY — Vincent Paterson, a director and choreographer behind some of Madonna and Michael Jackson’s signature dance moves, will visit Catawba College on Aug. 25.

From 4 to 6 p.m., Paterson will offer advice and insight in “Inside the Choreographer’s Studio,” a session open to students and the public in Catawba’s Robertson College-Community Center.

Beth Homan, chairwoman of the Catawba Theatre Arts Department, said Paterson’s visit is possible through the generosity of donors. The visit marks what she hopes will be the first in a series of dance symposia at the college. She says she is pleased to have theater students from various colleges and universities, including 25 from Catawba, as well as students from A.L. Brown, Charlotte Latin and Providence Day high schools, committed to participate in Paterson’s master class.

Catawba’s adjunct professor of dance, Tod A. Kubo, a professional director and choreographer, has taken the lead in organizing the program. He said Paterson is “approachable” and generous with his ideas and advice.

Kubo said anyone who marveled at Paterson’s work on Madonna’s “Blonde Ambition” tour and Michael Jackson’s “Bad” tour, as well as in Cirque Du Soleil, Broadway productions and numerous other award-winning films, will want to attend the “Inside the Choreographer’s Studio” session.

Paterson’s career spans nearly every genre of the entertainment industry, including film, theater, Broadway, commercials, television, music videos, concert tours and opera. He danced for Shirley MacLaine and was Barbara Mandrell’s partner for two years on her TV series. He appeared in numerous TV specials with Linda Carter, Cheryl Ladd and the Osmonds, and partnered with Olivia Newton John and Diana Ross in music videos.

He was one of two fighter dancers in Michael Jackson’s “Beat It” video clip and was assistant choreographer and a zombie dancer in Jackson’s “Thriller.” He choreographed Madonna in the film “Evita” and directed and choreographed the musical sequences in Lars Von Trier’s film “Dancer in the Dark.”

Paterson choreographed the videos “Hot for Teacher” for Van Halen and “California Girls” for David Lee Roth, as well as videos for George Harrison, Donna Summer, Sheena Easton, Paul McCartney and Julie Brown. He also has choreographed more than 250 commercials including campaigns for Nike, GE, Pepsi and Rubbermaid.

He directed the opera “Manon” for both the Los Angeles Opera and the Berlin Staatsopera, which was conducted in Los Angeles by Placido Domingo and starred soprano Anna Netrebko and Rolando Villazon. In 2009, he directed and wrote Cirque Du Soleil’s “Elvis” presented at the Las Vegas City Center.

He is featured in the Smithsonian publication “Masters of Movement: Portraits of America’s Greatest Choreographers” and a documentary about his life, “The Man Behind the Throne,” which has been shown internationally. Paterson earned a Tony nomination for his work in “Kiss of the Spiderwoman,” starring Chita Rivera on Broadway.

Tickets for “Inside the Choreographer’s Studio” are $20 each and available at www.catawba.edu/paterson.

“Ready, aim, fire!” “Let ’em have it!” “Huzzah!” These phrases, yelled by students, echoed through the woods behind the... read more