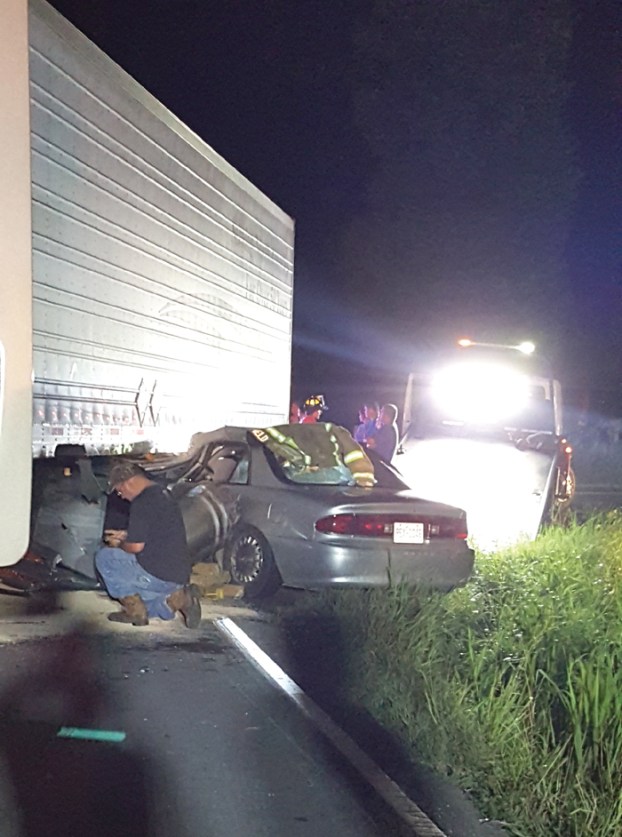 Photo by Robert Bame A late-night collision between a tractor trailer and a car left the car's driver with unknown injuries; it is unclear how he got to the hospital for treatment.

SALISBURY — A passenger car collided with a tractor-trailer that was backing up about midnight Tuesday, according to the N.C. Highway Patrol.

The tractor-trailer was driven by Matthew William Hawkins for KLLM Transport Services, based in Richlands, Mississippi.

Noah Robert Duncan of Rockwell was driving a 2005 Buick.

Hawkins had made a wrong left turn and was backing the tractor-trailer north on Old Union Church Road toward Lake Ford Road to turn right, a report said.

Duncan’s Buick was also traveling north on Old Union Church Road. The tractor-trailer stopped just before impact, and the Buick came to rest underneath the trailer. Both vehicles had to be towed from the scene.

Rowan County EMS also responded to the scene. Duncan took himself to the hospital, the report said.

No charges have been filed, the report shows.