Fibrant in Focus: City-owned service ‘a mixed bag’ for Salisbury 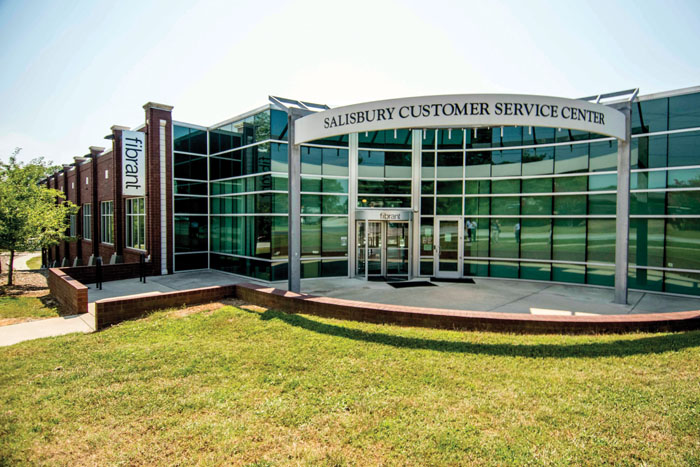 Editor’s note: This article is the third in a series examining the creation, operations, effects of, future of and other matters related to the city’s fiber optic network known as Fibrant.  See the entire series here.

That dream hasn’t quite come to fruition.

But it’s not “a miserable failure,” as one telecommunications industry lobbyist put it. Customers say the service works well. City officials and others who spoke to the Salisbury Post describe Fibrant as a trade-off between some benefits and a number of negatives.

Mayor Pro Tem Maggie Blackwell said Fibrant is “a mixed bag.” The city-owned network increased the number of internet providers in the city limits, offers good service and led to lower prices, Blackwell said. She listed negatives as city government owing a “boatload of money” and having inexperienced staff in Fibrant’s early days.

“I think we may have made some rookie mistakes, and you can’t unring that bell,” Blackwell said.

However, Blackwell’s list doesn’t include all the problems or questions about Fibrant.

City Manager Lane Bailey said it’s reasonable to argue that Fibrant indirectly led to an 11-cent increase in the city tax rate. In Fibrant’s initial installation, lines were not placed on poles in compliance with electrical standards.

Others said Salisbury has not properly marketed Fibrant’s services.

Architect and former City Councilman Bill Burgin said he expected Fibrant to see its fair share of challenges, but it’s still possible to turn it into what council members initially envisioned.

“There have been more challenges, some of which I think we were in control of and a lot of which we were not, but here’s what I would tell you about Fibrant: I think it is a superior service still today, that it is exceptional ,and I think that if we can find the right combination of marketing and operations and service delivery that it can be everything we expected it to be the day we voted yes,” Burgin said in a recent interview.

Salisbury resident Roy Bentley, who works as a technology consultant, subscribes to Fibrant at his home. Bentley said he regularly recommends that businesses subscribe to the service.

“Thus far, I’ve found Fibrant to be better priced than the incumbent, on business accounts, that is,” Bentley said. “And whenever I call, somebody answers. It doesn’t take hours to get anything done.”

As an example of Fibrant’s service, he told a story about an in-house email server he worked on at a local business. Bentley said he called Fibrant to make a change related to spam filters. He left his number with a Fibrant representative and received a return call within an hour. Within another hour, Bentley said, the change had been made. The issue was resolved within a day, he said.

Bentley used a story about trying to get competitive quotes on internet service as another example of Fibrant’s good service.

At the time of the interview, Bentley had waited three days to find out if Spectrum, formerly Time Warner Cable, could provide a specific type of internet service. Within two hours, at the most, Bentley said he learned that Fibrant could provide the service and received a quote.

Brad Walser, who runs Walser Technology Group, said Fibrant’s ratio of price to speed ranks as the best in Salisbury. Walser Technology is what’s known as a managed service provider. Fibrant is one of his company’s subscriptions. He also subscribes to the service at home, in part because of its speed.

Walser said Fibrant ranks as a net positive for the city of Salisbury, but he added that city government should be more innovative with its technology.

“The city of Salisbury has a cutting-edge fiber network that most cities do not have,” he said. “You could use that as a backbone for a lot of innovative projects.”

Examples he gave include a citywide camera network, emergency call boxes around the greenway and free internet access in certain areas.

With Fibrant’s negatives in mind, Bentley said the network has been “net neutral” for the city.

Multiple people who spoke to the Salisbury Post also mentioned that Salisbury now has more internet providers compared to the early 2000s. When Fibrant was conceived — in 2005 — Time Warner Cable was essentially the only internet provider in the city. AT&T now offers phone, internet and TV service in Salisbury. With Fibrant included, most Salisbury residents have at least three choices for internet providers.

A number of apartment buildings in the city limits are not wired for Fibrant.

“I think we brought some healthy competition and lower rates to town,” Blackwell said.

The way in which Fibrant’s finances were handled ranks among the most hotly discussed facets of the city-owned service. It’s a significant portion of the “mixed bag” Blackwell used to describe the service.

In order to create the cutting-edge fiber network, Salisbury took on $33.56 million in debt in December 2008. As of June 30, the city’s Fibrant-related debt included $27.17 million in principal and $3.93 million in interest.

Salisbury also borrowed close to $8 million from its water and sewer fund to help pay for Fibrant. The rating firm Moody’s cited that transfer when it downgraded Salisbury’s bond rating in 2014. The N.C. Department of State Treasurer also noted Salisbury’s debt in a 2014 letter.

“The city is fortunate that the water and sewer fund continues to maintain its strong financial condition regardless of the amount loaned to the broadband fund,” wrote Sharon G. Edmundson, fiscal management section director. “We encourage the city to develop a realistic repayment plan for the loan that will decrease the amount owed in a systematic manner.”

“As our broadband services fund continues to grow, we will repay the funds borrowed from the water and sewer fund, which will lift us out of deficit balance position,” he wrote.

The N.C. Department of State Treasurer also scolded Salisbury in 2012 for having a fund balance, which is partially a savings account, that sat at just 11 percent of the city’s total expenditures, much lower than comparable local governments across the state.

It’s unclear what the city’s finances would look like without Fibrant. However, Bailey said it’s reasonable to argue that taxes would be lower by 11 cents per $100 in valuation. That’s roughly equivalent to the general fund money used to pay Fibrant expenses. He said there are other scenarios, too. Without Fibrant, the city could opt to maintain its tax rate and to take on other projects such as park and street improvements, he said.

In a scenario where the tax rate is 11 cents lower and Fibrant did not exist, Bailey said, allocations in other areas of the budget would be the same as the 2018 fiscal year.

When questioned about the tax rate, he stressed that the 3.76-cent tax increase for the 2017-18 fiscal year only paid for police salaries and public safety equipment. None of it went directly to Fibrant.

A larger network than needed?

The scale at which Salisbury built its fiber optic network is a reason for Fibrant’s large price tag.

There are more than 350 miles of fiber, which Councilman Brian Miller says may have been too much. The five City Council members who conceived Fibrant said fiber optic lines were intentionally placed in neighborhoods with various income levels. Miller, however, said Salisbury may have built a larger network than it needed.

“Ten years from now, it wouldn’t be true, but we built a more robust structure,” he responded.

“Could we still do the kind of commerce we do today if we only had a little two-lane road?” Alexander asked. “Think about what (I-85) has meant to the connection between Salisbury and the region. It’s the same with the very small dial-up data lines that we used to have.”

She said her small architecture firm can compete against larger companies, in part, because of the fast speed offered by Fibrant.

It’s easy to question past decisions than it is to make decisions, she said. Alexander said Fibrant should be viewed as “an investment in the future of Salisbury.”

That investment, however, started with an installation process that’s the focus of a lawsuit in Rowan County Superior Court.

In 2016, the city filed suit against Atlantic Engineering Group for allegedly violating its contract by not completing construction work by the time agreed upon and failing to locate lines with enough ground clearance and distance from power lines. The company didn’t follow the National Electric Safety Code when initially building the system, Assistant City Manager John Sofley said.

The alleged faulty installation does not directly affect the quality of internet service Fibrant subscribers receive, but it adds to the full picture of Fibrant.

“I wish I had some other adjectives”

Marketing is one of the few areas in which opinions on Fibrant seem to merge. Most people interviewed by the Salisbury Post said marketing is a major shortcoming for Fibrant.

“There are towns and cities that would kill to have what Salisbury has,” Winrich said. “What Salisbury has is a world-class fiber network that is not out of date. … It sets you apart from many other municipalities that have nothing or very little.”

Winrich said the city should invest in marketing the service outside North Carolina.

“I don’t think the story has been told to the right people yet,” he said.

“We’ve done such a miserable — and I wish I had some adjectives other than miserable — job of marketing this,” Post said.

Fibrant’s marketing budget is $100,000. And just months into Fibrant’s existence, Fibrant laid off its marketing director. Meanwhile, there’s also been churn in the people who manage Fibrant. The city-owned service is currently on its fourth director, Evans Ballard.

Post said Salisbury should focus its marketing strategy less on calling individual customers and more on signage and social media. The strategy should also include targeted marketing, he said.

“A good company is a company who knows who its customers are and how to market, and I think we have got to have a good marketing strategy,” Post said. “I think this is the biggest issue the city faces, and we haven’t been talking about it as much as we should have. It affects our ability to do anything else.”