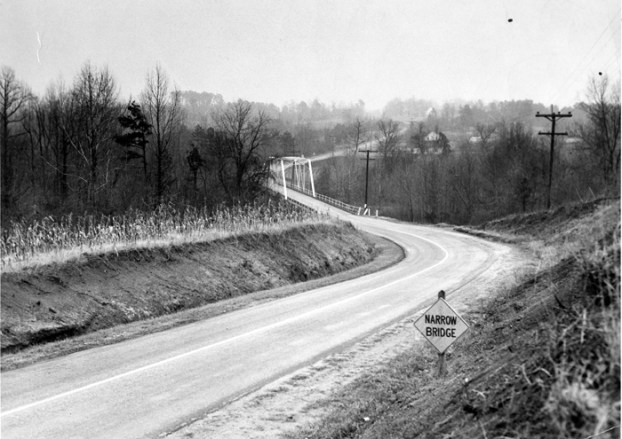 A Salisbury Post article published Dec. 31, 1949, called this the ‘Bridge of Contention.’ The Gheen Bridge, described as ‘old’ at the time and constructed back in 1916, was a one-way structure with sharp curves at both ends. It spanned Second Creek on the Salisbury-Woodleaf Road (today’s Woodleaf Road). ‘Residents of the community for the past 15 years have been asking for a new bridge,’ the Post article stated. For the same amount of time, it noted, ‘various members of the Rowan County Board of Commissioners have been promising to do something about the old Gheen Bridge spanning Second Creek.’ A lot of water went under the proverbial bridge before it was replaced.

Yesterday: When the downtown cruising law went into effect

Believe it or not, it has been 30 years since cruising was a major downtown issue, and this photograph from... read more