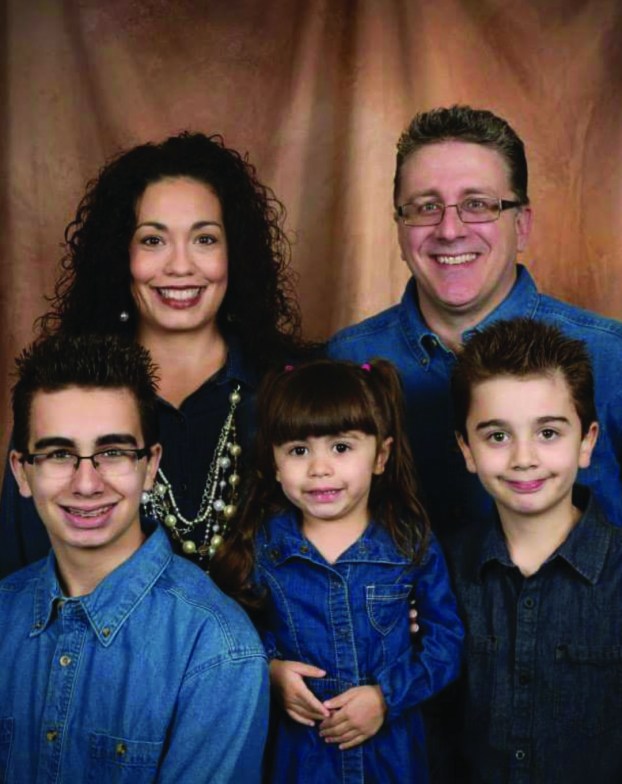 SALISBURY — Sometimes, a bad diagnosis is just a beginning. For the Defour family, it was the catalyst for an outpouring of love and support from friends, family and community that has surrounded them this year.

It’s been nearly eight months since Jerry Defour was diagnosed with glioblastoma, a rare form of brain cancer. But since then, the family’s church, friends and local organizations have pulled together to support and care for the Defours, wife Raquel said.

“It’s amazing. You don’t realize the people that are in your life and what they’re capable of until you experience something like this — and then you’re completely overwhelmed,” she said, voice breaking.

Chief among those is Raquel’s close friend, Jennifer Williams, who has put together a non-profit organization to support the family, and who is currently organizing a July 29 children’s pancake breakfast event to benefit the Defours.

Williams said that when people go through hard times “you always hope that somebody will step up.” When she heard about Jerry’s diagnosis, she vowed to be one of those people.

The Defours moved to the area approximately 10 years ago from Ohio, relocating due to Jerry’s job as a director of operations for a merchandising company based out of Mooresville.

Jerry’s fight started in December 2016, when he appeared to suffer a stroke. But when the tests came back, it was cancer. Doctors estimated that Jerry had only two years left to live.

“When the diagnosis came it was pretty devastating,” Raquel said.

At the time, Jerry was working as a business consultant for Salisbury Metal Fabrication. But he had to leave work, and has not been able to return since.

But the community stepped up. Their daughter’s dance company, their son’s school and their home church, First Presbyterian in Salisbury, have made sure the family lacked nothing while Jerry underwent tests and chemotherapy.

“The community outpouring has just been wonderful,” Raquel said.

When Williams decided to get involved, she knew one of the main focuses of her fundraisers would be to give the Defours the opportunity to spend more time together. Money raised at the upcoming breakfast, or through other events, will be spent at the discretion of the Defours — whether that’s to go towards treatment, which can rack up in the tens of thousands of dollars just for medication, or to allow them to take a brief family vacation.

“When you have young children like this and you have such a short amount of time you need those memories,” Williams said. “…So we’re doing everything in our power to give as much as we can.”

Williams met the Defours four years ago, when their daughters were both in Spotlight Dance Company together.

“Raquel and I became best friends right off the bat. They are some of the most amazing people you will ever meet,” she said.

She described Jerry as a loving, dedicated father and a “godly man.” Raquel, she said, is kind and caring. All of these qualities are reflected in their children.

“They’re literally the most giving people — and thoughtful, selfless people — I’ve ever met,” she said.

Williams started a non-profit for Jerry in April, and so far has held a gun raffle. On Saturday, July 29, the organization will host a superhero pancake breakfast for children, featuring face-painting, free comic books from Tophat Comics and five superheroes kids can meet from Carolina Characters. Spotlight Dance and First Presbyterian are helping organize the event.

Jerry just finished up a six-week round of chemotherapy and radiation, and it’s hit him hard. But he’s pushing through.

“It’s been tough, but through all of this he’s had a really positive attitude. …It’s really brought us closer together. We’re all fighting together,” Raquel said.

They hope to get Jerry into a clinical trial at Duke. It’s already been approved by the family’s insurance company, and has been known to double the life expectancy of those with similar types of cancer.

Raquel said she was grateful for the support that the family has received. But she, and Jerry, are fighters.

The superhero pancake breakfast is a drop-in event, held Saturday July 29 from 7:30 a.m. to 10:30 a.m. in the fellowship hall of First Presbyterian Church. Tickets are $10 each, and are available online at www.eventbrite.com/e/superhero-pancake-breakfast-tickets-35553840494, or for purchase at the door.

A portion of ticket sales will be used to cover the cost of attendance for children around the community using services such as the Terry Hess House, who “might need a smile.” The rest of the proceeds go directly to Jerry and his family.

1. The DuraFiber Technologies plant off U.S. 70 in Rowan County could close unless a buyer is found by Sept.... read more