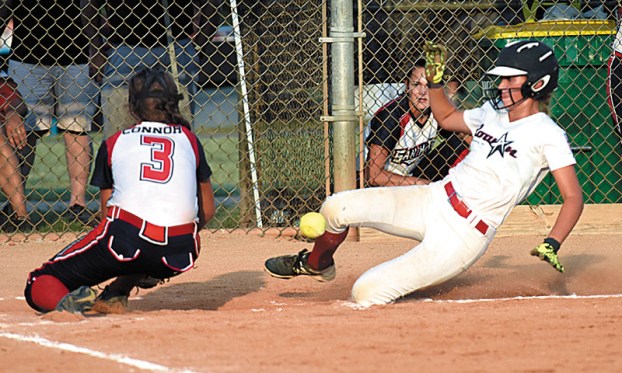 Wayne Hinshaw / for the Salisbury Post Rowan’s Lauren Coughenour scores as Florida’s Ashley Connor covers the plate. Rowan won 6-2 in the opening round of the Southeast Regional Senior League tournament on Friday.

This is the tournament for ages 13-16. The winner goes to the World Series in Delaware.

The Florida team had won earlier in the day, 10-5, against Columbus, Ga. Virginia beat Tennessee, 8-2, and won against West Virginia, 13-1.