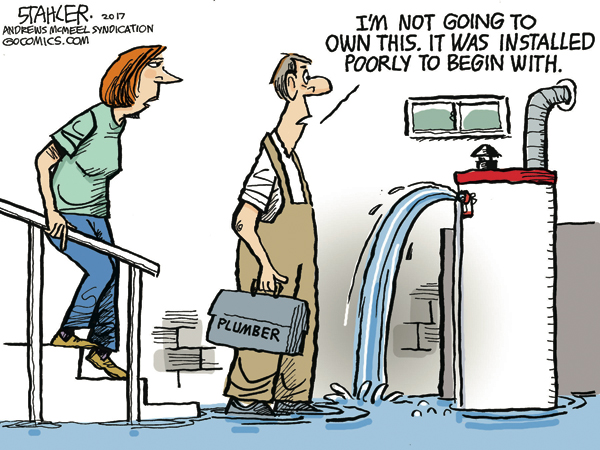 … Service to seek healing for lynching

The present is a continuation of the past. We must have the courage to look at our present which is also looking at the past.

I look forward to this community program and see it as an opportunity for our community to take a deep look at itself for the sake of its future.

Susan Barringer Wells has a book titled, “ A Game Called Salisbury: The Spinning of a Southern Tragedy and the Myth of Race,” published in 2007, in the Rowan Public Library. It is a good read and may give some insight on the 1906 lynching.

Thank you for mentioning “A Game Called Salisbury” by Susan Barringer Wells. She was also born in Salisbury and unaware of the lynchings until an adult. I was born in Salisbury, heard about the lynchings as a child. Neither Susan or I knew the extent of our relationship to those murdered and the presence of relatives at lynching.

I am grateful to this impressive coalition of dedicated people that are bringing us The Service of Truth, Healing and Reconciliation on Aug. 6. We all need this.

… Letter: Both houses, presidency not enough power for GOP

Mr. Kovach, I support your thoughts 100 percent. I particularly like the obstructing and opposing comments as Democrats have been labeled this from day one of Trump. This was a campaign slogan across the GOP slate, repeal and replace. You are right, now they need to combine ideas, work across the aisle and get a “great health care plan at a fraction of the cost.” Maybe put some emphasis into controlling Big Pharma. That could go a long way.

Time to vote out the RINOs (Republicans in name only), get rid of Obamacare and put it back in the doctors’ hands. As soon as the government got involved with health care, the price went though the roof.

As long as the legislators approve term limits with the pay raise, then maybe we as taxpayers could go along with the increase in pay.

… Have we no sense of decency?

Good for your dad. Back in the day, morals and ethics meant something, and a few of us have stuck to that foundation.

Might I add, the government is a lot of the reason we are in moral, ethical and spiritual decline. If we want to make a difference, get back to the Bible. A nation who forsakes God is bound for destruction. That, my friend, is exactly where we are headed. One stands the tallest, down on their knees.

With all due respect to the Millers, your dad is probably spinning in his grave. Bashing President Trump with comments and accusations like “very low and despicable” while he is busting it 24/7 to retrieve America from the very gates of purgatory after eight years of Obama and his criminal empire is quite a stretch.

Did you purchase one of his made-in-China ties? Not #Madeinamerica.

Oh, yeah. Ummm, products made in America — massive skyscrapers, condos, hotels and commercial spaces loaded with tenants … golf courses … a winery … casino — all of which are extremely profitable with massive cash flow (private business, not publicly traded) and all of which employ thousands of people. There is your lesson for the day. Class dismissed.

Did Trump actually taste an ice-cold Cheerwine? Would love to see him turn one bottoms up. Sweet nectar of the South.

Yay, Cheerwine! Coming from New Jersey  originally, I fell in liquid love with Cheerwine during my four years at Catawba College. … Still drink it to this day.

… For Becky Morgan, ‘quilting gives me a place to go’

Such a nice article about Becky. Her family has a special treasure in her to cherish and such wonderful gifts to pass down to future generations.

This is truly a labor of love. … My mom used to help make quilts at the senior apartment complex she lived at and they would raffle them off and use the money for some of their activities at the complex.

The N.C. General Assembly has turned authoritarian. Balance must be restored in 2018-20.

Of course, those mindless minions who put party above North Carolina or the party before the United States will just claim that Orr is a liberal RINO who is not a true American.

That said, the Democrats have historically done some of the same things while they controlled the N.C. General Assembly throughout the 20th century.

… Michigan case could affect next step in Rowan prayer lawsuit

We have wasted enough time, effort and money on this. Get on with the real business of Rowan County.

They can pray on their own before the meeting. Jeez, start doing something to bring more jobs to our county.

Keep fighting on this issue, county commissioners. Freedom of speech, especially speech that others may not agree with, is worth the effort.

… Ann Farabee: Lay down with me

Editor’s note: The July 15 column by Ann Farabee of Kannapolis about the death of her brother drew dozens of comments. This is a sampling. The column is recommended reading for anyone caught up with being busy.

That was a hard one to read, dear friend. But, a message we all need to hear. We get busy “doing” and forget to give valued time to others, including the Lord. Thank you for this reminder. Your brother was truly blessed to have you so close to him in his last days.

Oh my what a powerful message we (especially I) need to hear and take to heart. Thank you for sharing this nudging from the Lord.

I just love you, Ann Farabee! It seems like just yesterday that Corbin was walking up the stairs, and asking one of us to come and read him a bedtime story. I remember telling David at the time that one day we were going to miss that routine. He’s getting married next month, so it has been a long time since he needed a bedtime story from one of us. “One day” has come and gone. I miss it.

Amen, sweet friend! Always make time for people, because those are the divine moments where God does some of His sweetest things in us and through us.

Your story was a real eye opener and one we all needed to be reminded of. Thanks so much for this beautiful blessing on this glorious day.

This makes me sorry to look back on my life and realize that I did not lay down things and spend more quality time with my precious daughter when she was young.

I too had an experience like that with a brother that I loved so much; as far back as I can remember he was special to me. He always tried to take care of my needs I knew he loved me the same.

In his 80s he started having strokes, finally becoming bed-ridden. His wife could not take care of him — he was a big man — so she had to put him in a nursing home. I would go see him often.

One day he said take me home with you. My husband and I are small in stature and in our 70s, so I had to tell him I couldn’t. it broke my heart.

When I got ready to leave, I bent over to kiss him ’bye and he put both arms around me, pulled me to his chest and squeezed as hard as he could — told me how much he loved me. Not long after that he went home to be with the Lord and I along with his family got to be with him till the end as I write this my heart is still breaking after 2 years . I wish I could have been there more for him

Thank you for sharing. My grandkids are coming this week so I will lay some things down.

Where have you been, Mr. Wetzel? Until recently (a year or so), cruisers met on the south end of Main Street every Friday and they drove around town. For a time they met down around the court house. They talked with people who stopped by to check out the cars and trucks. …

What was outlawed was a steady stream of cars going up and down the street and people standing around their cars and drinking beer and some urinating on the streets.

This had nothing to do with “car enthusiasts” …

I’m here. In the community, trying to bring a good vibe to downtown. Help me spread the word.

I think it would be better on a Saturday evening when people didn’t have to work the next day. I for one would be there every week. …

What better place to eat than downtown Salisbury? With places like Hap’s, Spanky’s, Go Burrito, City Tavern, The Smoke Pit and any other that I have missed, it could bring some extra business to the local restaurants and the city of Salisbury.

I also use to cruise downtown, and it was great except for a few bad apples. They are everywhere.

Salisbury seems to have no interest in having us cruisers come into town. A lot of the other towns we go to (Kannapolis, China Grove, Oakboro, Pilot Mountain, Albemarle, Mount Airy, Lexington, Lenoir, Yadkinville and quite a few others) … put out the welcome mat for us.

… We do need the city to mark off the spaces and reserve them for us after 5. I don’t believe this is a major request, but it does go back to “Does Salisbury really want to have the cruise-in or not?” Do the people in this area really want a group of well-behaved cruisers coming into town or not.

The headline to this article speaks for itself, “Cruisers (cautiously) cruise back into Salisbury.” This can be taken several ways. I believe a headline reading “Classic cars welcomed back into Salisbury” would have been more of an appealing statement.

Does it have to be classic cars? Why not for all cars? I have a good, ol’ American muscle car that I love getting cleaned up. Me and the hubby love going and sitting with others and chatting. … That way you bring more business and a little younger crowds. I would definitely be in.

I love all cars and anything car-related, but I can never get behind something that restricts the cars to a certain style or time period. Some people are very proud of their imports, their newer American muscle, and their European cars.

When you restrict a car cruise in to “classics” it almost always restricts the people it attracts to older wealthier white men.

…Yesterday: When the downtown cruising law went into effect

My dad fought hard against that stupid law. Those were the days. I can’t remember how many cruising tickets we got. Sure do miss it.

Wonder how many times the city of Salisbury regrets their decision. Is today’s entertainment for the young better off without cruising? I think not. Bad decision, Salisbury.

Does anyone remember my dad, James Lloyd?

I am always happy to read Clyde’s letters and on Sunday read his column about time to get things right:... read more