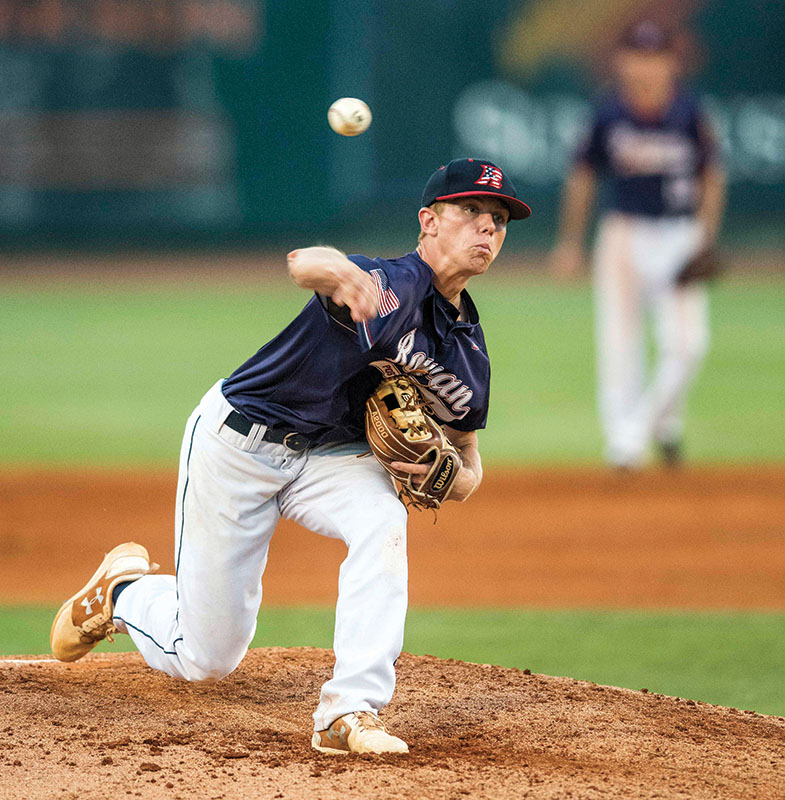 GREENVILLE — As humbling and bumbling as Rowan County’s last two outings were in the Area III championship series, that’s in the past.

In the last two state tournaments — 2015 at Newman Park and 2016 at Wingate University — Rowan County went 10-0 to take the first back-to-back state championships in program history. In the grand finales in both of those tourneys (2015 against High Point, 2016 against Union County), Rowan found a way to pull out a one-run game with the pressure on.

Rowan is 31-3, and even with a two-game losing streak, that’s the best record of anyone in this tournament.

Rowan opens the double-elimination tournament at 4 p.m. against Cherryville Post 100 (31-6), one of the toughest teams in the field. Some say the toughest of all.

Shelby has seven of the players from Crest High, the team that eliminated West Rowan from the state playoffs in the fourth round and went on to finish second in 3A. But Shelby arrived at the state tournament as the Area IV runner-up. Cherryville is the Area IV champion. Cherryville has won 10 of 13 against stiff competition in the playoffs.

As far as Area championships, Rowan has won 18 in Area III, while Cherryville has won 17 in Area IV.

Rowan Post 342 is in the state tournament (Legion adopted a single-site, double-elimination format in 2000) for the 11th time. Cherryville made it for the 10th time. Obviously, these are two of the best programs in the state and they are supported by two of the most resilient fan bases.

How good is Rowan, which overwhelmed the competition in a Southern Division of Area III that was down this season?

Well, the bats are still there. Rowan can hit.

Chandler Blackwelder has mashed since opening night, and he’s got plenty of help. Lee Poteat, the 2016 Area III Player of the Year, hasn’t been as scary as he was last summer, but he’s capable of a hot streak at crunch time, and if that happens, Rowan could ride him to some good things.

The concerns are the infield defense and the bullpen. There were some frightening innings in the series against Randolph County — including Randolph’s eight-run eighth in Game 2 — but now everyone starts over with a clean slate.

Rowan coach Jim Gantt enters today’s game with 499 wins in 17 seasons as head coach. Getting No. 500 against Cherryville, a rival for a long time, would be special. It’s possible that the players were just trying too hard to get the milestone for him in the last series, especially at Newman Park.

Because of their mutual success, Rowan and Cherryville have significant state tournament history.

In 2011, Cherryville sent Rowan home from Morehead City, deep in the tournament. That was a 6-4 final that Rowan led 3-0 behind Bradley Robbins going to the fifth inning.

In 2009, in the second round of the tournament in Greenville, Rowan beat Cherryville, 6-2, on fine pitching by Billy Veal and a three-run blast by Jon Crucitti. That’s the year Rowan went on to capture state and regional titles and traveled to Fargo, N.D., for the World Series.

In 2008, in Gastonia, Rowan and Cherryville staged another battle deep in the tournament. Rowan’s season ended with a 6-3 loss to Cherryville. Post 100 beat Veal in that one.

In 2007, Cherryville scored in the bottom of the ninth and beat Rowan, 8-7, to hand Rowan a devastating setback in the tournament at Garner. Rowan led that game 6-1 in the sixth.

In 2000, in the inaugural state event hosted by Caldwell County, Rowan beat Cherryville, 3-2,  behind the pitching of Phil Goodman and Daniel Moore and a homer by Cal Hayes Jr. That memorable win in coach Jim DeHart’s final season propelled Rowan into the championship game.

Lots of history. More will be made today. John Owen (2-0), Rowan’s best, is expected to take the ball. He’s a legitimate ace. His recent outings have been no decisions, but they’ve been stellar. It will be a surprise if he doesn’t give Rowan a chance to win against a powerful Cherryville lineup led by Matt Bumgarner, Dayne Homesley and Robbie Cowie.

Owen, an East Rowan graduate, will be pitching at his new home this fall —Pitt Community College.

Rowan will be trying to make serious history in this tournament. No program has ever won three N.C. titles in a row.

Ticket prices are $15 daily or $35 for a tournament pass.