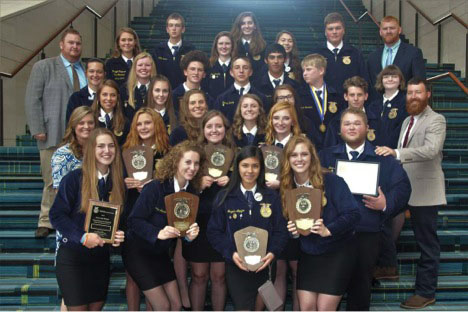 West Rowan’s FFA chapter was awarded the National Chapter award placing second in the state and will compete at the national level. The chapter also received the outstanding alumni affiliate chapter.

West Rowan’s chapter president, Madeline Wilhelm, was elected as a 2017-18 state secretary. She is the fourth state officer ever elected from the West Rowan chapter.

Star awards were given at the convention to Wilhelm for agriscience, placing first in the state, and Brandon Lottes for state star farmer, placing first.