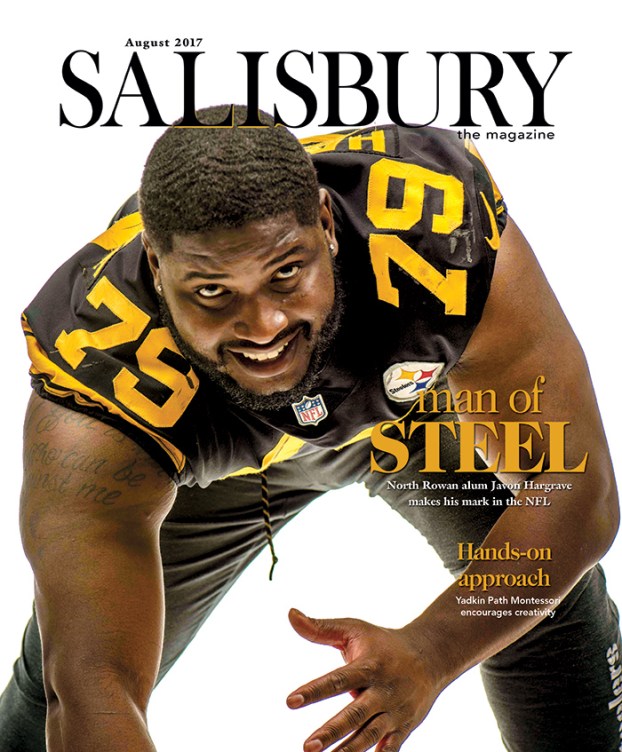 A balance of power comes from the young and old

I can’t help but talk about this month’s issue of Salisbury the Magazine without thinking of words such as juxtaposition, symmetry and balance.

On one end of the balanced scale is Jack Kepley. If you’ve ever met Jack, you’ve seen the light in his eye, the spring in his step and the attitude that says, “Men, we can accomplish this if we pull together.”  The “men” he would be talking to would be Boy Scouts.

For 80 years — yes, 80 — Kepley has been involved in Scouting, first, as a Scout, then as an adult leader. Kepley was raised in the Chestnut Hill area off South Main Street. His troop — Troop 448 — grew out of Coburn United Methodist Church, where Kepley has attended his whole life. Even at age 93, Kepley remains dedicated to his troop and church.

Scouting was the calling for Kepley, and the story in this issue cannot come close to listing all the accolades he has received or the things he has accomplished with the Boy Scouts of America. Kepley definitely found his niche, and he is juxtaposed in this issue with four young people who are trying to establish themselves in careers they also have a passion for.

Javon Hargrave, a standout athlete at North Rowan High School, is coming up on his second year with the National Football League’s Pittsburgh Steelers. Writer David Shaw shows us how Javon’s path toward terrorizing quarterbacks in the NFL wasn’t an easy one, but Hargrave had an inner resolve to persevere.

Too many times, as you’ll see, people have made the mistake of underestimating Hargrave.

This month’s Rowan Original is Lewis Young, who is beginning his first season as a trainer for the Los Angeles (formerly San Diego) Chargers. Where will Young be 10 years from now? That’s hard to predict, but this first important job out of graduate school at Virginia Tech will go a long way in setting Young’s course.

As with Young, Alee Johnson is a 2011 graduate of Salisbury High School. She is now honing her considerable talents as a painter in Richmond, Va., though she keeps a close working connection with her hometown here. Susan Shinn Turner introduces us to this vivacious artist who we’ll probably be hearing a lot of for years to come.

While Hargrave, Young and Johnson are still in their early 20s, Devlin Cathey, the new executive chef at the Country Club of Salisbury, is an old man at 36. Cathey, you will find, has not wasted his years up to now, nor resisted opportunities to cook in places ranging from super yachts to African game reserves.

There’s a balance here, Kepley on one side, and these young talents on the other. The one thing they have in common is Salisbury, whether it was a starting point, a current landing spot or a lifetime home. That’s sort of nice.

Our August issue also will introduce you to Mary and Forrest Clanton, who have taken on the rejuvenation of a grand old house in Spencer. Elizabeth Cook brings you their story. And if you’ve ever wondered how the Montessori approach to education and child development works, writer Andie Foley tells us about Yadkin Path Montessori, founded not too long ago by Myra Tannehill.

Deirdre Parker Smith reveals how goat’s milk is an important ingredient in the soothing soaps made by Bobbie Killian and her mother, Pat. Goat on a rope? No, not quite.

You’ll also want to read this month’s “Salisbury’s the Place” column, written by Catawba College President Brien Lewis. As always, so many of the great images with these August stories come from photography director Jon Lakey, assisted this summer by photographic intern Kristi Craven.

By Mike London mike.london@salisburypost.com SALISBURY — It sounds harsh, but maybe the best thing that happened to Rowan County Athlete of... read more