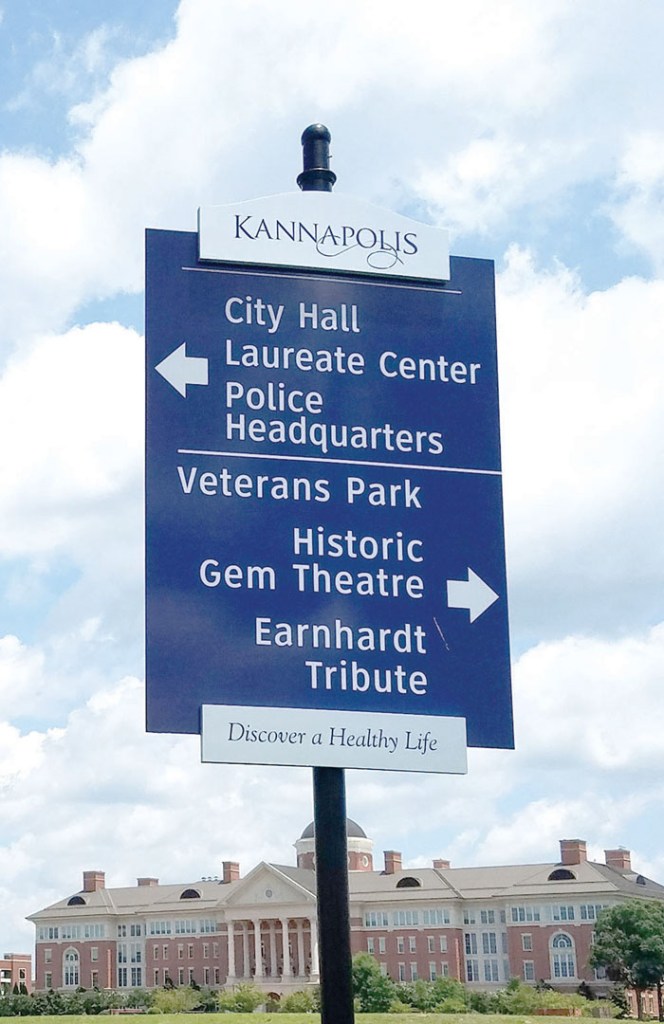 KANNAPOLIS – The city of Kannapolis has installed a way-finding system to aid residents and visitors as they navigate and explore locations of interest.

Current signage throughout the city needed to be replaced because of aging, use of the previous city logo, and different colors and sizes. The new system creates a recognizable and cohesive system for residents and visitors, city officials said.

The goal of way-finding is to use signs and other mediums to show the best routes to find destinations, natural attractions and cultural features of the city such as Village Park, the Kannapolis Intimidators Stadium, Gem Theatre or the N.C. Music Hall of Fame.

Signage at public facilities such as park locations also was replaced.

City officials hope to use the signs to tell the story of the Kannapolis brand using the city colors, logo, landscaping and names of the most popular locations. The way-finding project will have multiple components and phases.

There will also be gateway structures at Interstate 85 exits welcoming people to Kannapolis as part of a joint project with state Department of Transportation.