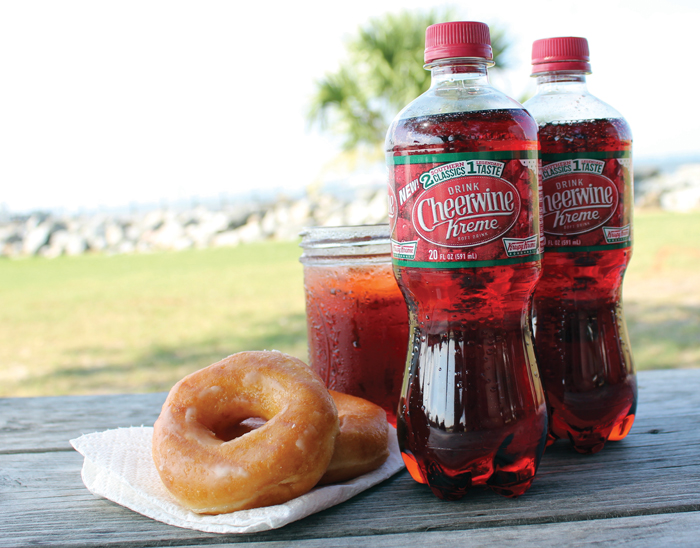 SALISBURY — Cheerwine Kreme, which debuted last summer as a combination of the flavors of Cheerwine and Krispy Kreme Doughnuts, has returned to stores for a limited time.

From now through September, Cheerwine Kreme is available in 2-liter and 20-ounce bottles in those major grocery chains and select convenience stores in North Carolina and South Carolina.

It is also available online at Cheerwine.com.

“We’re grateful to the generations of Carolinians who’ve made it possible for Cheerwine to spend the last century, and Krispy Kreme to spend the last 80 years, delighting their taste buds and being part of their special moments,” said Joy Ritchie Harper, Cheerwine’s head of marketing and a fifth-generation family member of Cheerwine’s founder.

“Cheerwine Kreme is a celebration of uniquely Carolina tastes and our deep roots in the region. We had such an amazing response last year in the Carolinas that we had to bring it back for a limited time, especially during such a milestone year for both of us,” she said.

Cheerwine Kreme isn’t the first time Cheerwine and Krispy Kreme Doughnuts have collaborated to make a one-of-a-kind treat. Back in 2010, the two joined forces to bring fans the Cheerwine-filled Krispy Kreme doughnut, which sold out in many shops during its limited availability.

Not only is Cheerwine Kreme hitting shelves this month, so are hundreds of new $100 instant-win cans of Cheerwine (sprinkled throughout 12 packs of Cheerwine and Diet Cheerwine). The instant win cans can be found among Cheerwine’s 100th anniversary collectible series of throwback cans from past decades.

New editions of the commemorative cans will continue to roll out through 2017.

Layers of love: For Becky Morgan, ‘quilting gives me…