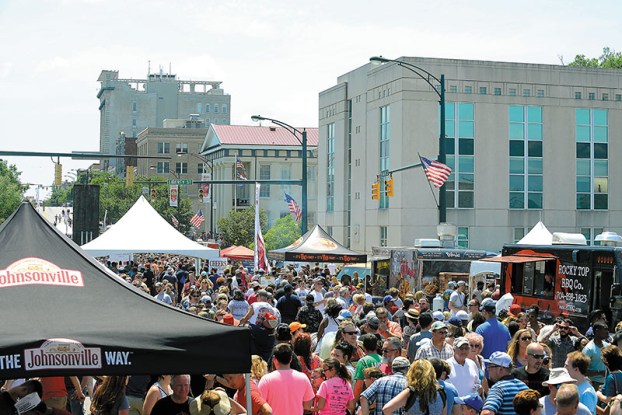 Editorial: Cheerwine in the spotlight

Of all the products made in North Carolina, Cheerwine was the one chosen for a White House event devoted to “Made in America” items. President Donald Trump shook hands with Cheerwine’s Cliff Ritchie as the president strolled through a display of all-American products on Monday.

That seems fitting for a company that recently celebrated its 100th anniversary.  Speaking of which …

The overwhelming success of Cheerwine’s centennial celebration in May has a lot of people asking if the festival could be an annual event. Cheerwine’s birthday bash drew thousands of people to North Main Street on what turned out to be a very hot day. The celebrants not only drank lots of free Cheerwine, they flooded Rowan Museum and flocked to downtown stores and restaurants. One merchant said sales were comparable to a busy Christmas season shopping day.

Cheerwine has been a hometown favorite for eons, but local folks were taken aback to realize the soft drink celebration could draw people from across the South and even across the country. The crowd may have set a record for how many people can be jammed into two city blocks.

Do it again? Sure, but don’t expect Cheerwine to repeat the once-in-a-lifetime effort the company put into the celebration. City leaders, tourism officials and merchants should explore what it would take to hold a community-sponsored Cheerwine Day each May. Salisbury could use a downtown festival. China Grove has Farmers Day. Woodleaf has tomatoes. And Salisbury has Cheerwine.