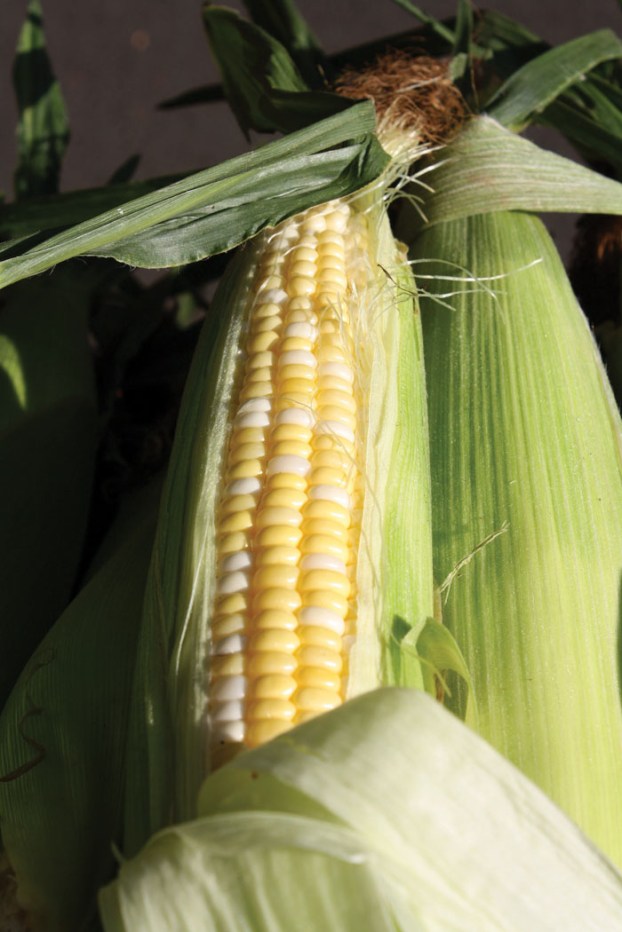 Corn is amaizing this time of year

We’re in the midst of corn season, and yes, it does feel hot enough to pop corn on the cob, but that’s another story, and another kind of corn.

What de we love? Sweet corn, the sweeter, the better. And we’re in luck, because favorites like Silver Queen and Silver King are easy to find at our own Farmer’s Market and at produce stands and farms all around. We also love bicolor corn, which is also super sweet and very corny.

You don’t need much instruction on corn, do you? Anyway, below are some basics and then a few recipes for corn that are just a bit different.

In case you don’t know or have forgotten, the best way to pick a good ear of corn is with your eyes. The cob should be a uniform size, and have some weight to it. The tassels should be brown and even a little sticky.

Look for bright green husks and avoid ears that look dry, because they probably are dry. Peak at the top to check for worms, and if the vendor doesn’t mind, ask to peel back a little of the husk to see if the kernels are full and plump. Early corn may have small kernels; corn that’s been out in the field a little too long may be a bit withered looking.

Many people who sell corn will go ahead and peel back some husks so you can see what they have to offer.
The perfect way to eat corn, of course, is impossible for most of us. Put a pot on the stove to boil water. Go out to the field in your back yard, pick the corn and shuck it outside. Immediately plunge in the boiling water and cook for a maximum of 5 minutes for best flavor. Some people who like softer corn can cook it for a maximum of 10 minutes. Corn cooked longer than that will begin to lose its sweetness.

Otherwise, keep fresh corn unshucked in a bag in the refrigerator. Use within three days, but remember that sugar will convert to starch very quickly.

You can microwave corn, too, and some people swear this is the best method. Trim the husks so the corn will fit in the microwave and place one or two ears in the center of the microwave. Microwave on high for 2-3 minutes, then allow it to sit for a minute or two before husking and removing silk.

As for grilling corn, there is the husk and wrap in foil method, the grill in the husk method and the slap it on the grate method.

Here’s the in the husk method: Pull the outer husks down the ear to the base, take as much silk off the corn as possible. Fold the husks back over the corn and put the corn in a large bowl of water with 1 tablespoon of salt for 10 minutes. Remove from water, shake off excess and grill over medium heat for 15-20 minutes, turning the corn every 5 minutes.

Method two: Place the corn in the husk directly on hot coals, and cook, turning occasionally, for 15 minutes. The outside should be completely black. Allow to cool slightly, then pull off the husk and silk and serve with butter and salt. Alternatively, remove husks and silk and wrap corn in heavy duty foil. Place directly on coals and cook 15 minutes.

Method three: On a grill rack. Shuck and clean corn. Place the corn directly over a very hot fire and grill, turning occasionally, until charred and cooked through, about 10 minutes.

3 cups low-sodium vegetable or chicken broth, heated to a simmer

Heat the oil in a Dutch oven or large, heavy-bottomed pot over medium heat until shimmering. Add the shallot, season lightly with salt and pepper, and sauté until soft and translucent, about 5 minutes. Meanwhile, bring the broth to a low simmer in a medium saucepan.

Add the orzo to the shallots and cook, stirring occasionally, until lightly toasted and fragrant, about 2 minutes. Add the wine and scrape up any browned bits from the bottom of the pan with a wooden spoon. Stir until it has all evaporated, about 1 minute more.

Add a ladleful of the hot broth to the pot and simmer, stirring constantly, until the orzo has absorbed all of the broth. Continue cooking, adding ladlefuls of broth whenever the mixture looks dry, stirring continuously. When 1/2 of the broth has been added, stir in the corn.

Continue adding ladlefuls of broth and stirring until all the broth has been absorbed into the orzo and the orzo is creamy and tender, about 15 minutes total.

Remove from the heat and stir in the cheese, basil, and butter. Taste and season with salt and pepper as needed. Serve immediately, garnishing each bowl with additional grated Parmesan. Serves 4
www.thekitchn.com

Melt the butter and pour on corn. Roll around in pan to coat, add salt/pepper/chili powder to taste.

Roast at 450 for about 3o minutes or until golden and cooked. Turn occasionally to avoid any burning.

Remove corn from hot oven and coat with the cheese mix using a pastry brush. Roll around on pan. Add chili powder and dill and more cheese if desired.

Squeeze some lime juice over the corn.

Whisk flour, milk, eggs, 1 tablespoon oil, baking powder, salt and pepper in a medium bowl until smooth. Stir in corn and basil. Brush a large nonstick skillet lightly with some of the remaining 1 tablespoon oil; heat over medium heat until hot but not smoking. Cook 4 cakes at a time, using about 1/4 cup batter for each, making them about 3 inches wide. Cook until the edges are dry, about 2 minutes. Flip and cook until golden brown on the other side, 1 to 3 minutes more. Repeat with the remaining oil and batter, making 10 cakes total. Reduce the heat as necessary to prevent burning.

Combine corn kernels, coconut milk and salt in a medium saucepan. Bring to a boil, then adjust the heat to maintain an active simmer. Cook, stirring occasionally, until most of the coconut milk has evaporated, 12 to 15 minutes. Stir in cilantro, lime juice and crushed red pepper, if using.

Kernels from 5 to 6 ears of fresh sweet corn

1 tsp. salt, plus more to taste

Black pepper, to taste
Add butter, milk and cubed cream cheese to a large skillet or dutch oven. Allow the ingredients to melt together and blend. Add sugar (if desired) and the salt. Add fresh corn to the butter mixture and cook, stirring occasionally over medium heat for 10 minutes. Add pepper to taste and allow to sit for a few minutes to thicken before serving.

By Susan Shinn Turner For the Salisbury Post Sarah LaGore always wanted to live in an historic home. “I decided... read more