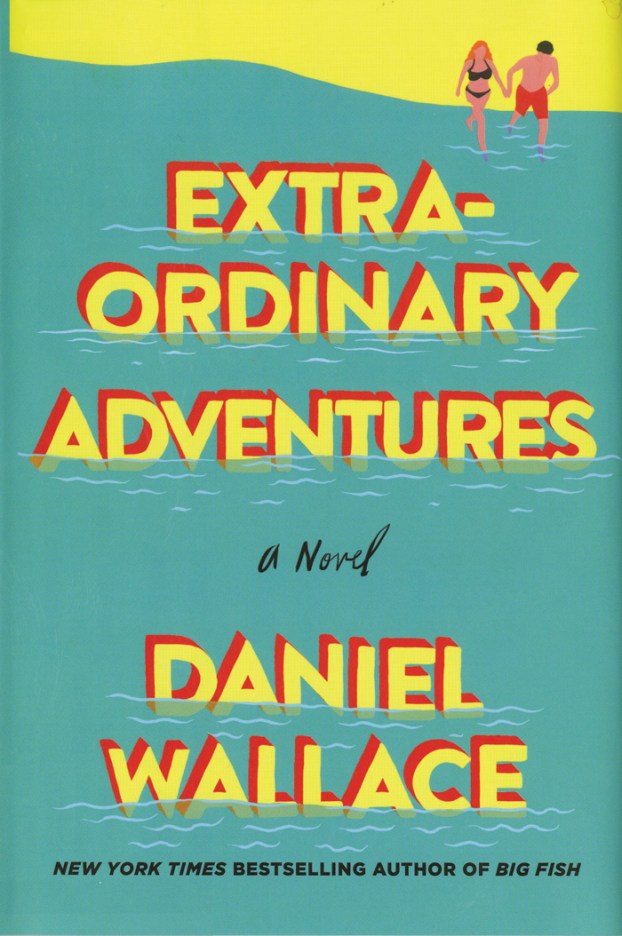 Edsel Bronfman — this IS your life

Edsel Bronfman. With a name like that, your life is already mapped out for you, isn’t it? Sure. Maybe. Daniel Wallace’s new novel, “”Extraordinary Adventures” is just what the title says. Extraordinary for Bronfman, anyway. And a lot of fun for the rest of us, too.

How many of us, in a span of three months … well, best not give too much away. But Bronfman, Mr. Clean and Boring, is going to get dirty and feel excitement for one of the first times in his life.

At 34, Bronfman is a nobody. He has a dull, steady job that he can easily manage. He lives in an affordable — make that cheap — apartment complex in Birmingham, Ala., with his worldly possessions limited to bargain furniture and a collection of ballpoint pens adorned with the names of businesses and events. Oh, and an ancient straw cowboy hat from one of his mother’s boyfriends.

Bronfman’s 70-year-old mother has always been a bit different, and now she is marching into dementia with a big brass band.

When something unexpected happens, it leads to a number of extraordinary adventures, and poor Bronfman is not quite prepared to face this new world that’s not prearranged, predictable and quiet.

That’s what makes this book so much fun. We can watch Bronfman grow from a 34-year-old nonentity to a 34-year-old with three women interested in him and a stint in jail.

And each episode will make readers say, “Awww, poor Bronfman.”

Wallace gets our hopes up several times, but nothing is straight or easy here.

When Bronfman “wins” a weekend at a Destin, Fla., condo, there are strings attached — as usual. To spend a weekend in the condo, he has to claim the prize in 79 days, and he has to bring a companion!

A companion?! He doesn’t even have friends, much less a companion. The last time he got close to a woman, he was 19 and she was drug-hazy.

You will cheer for this poor guy, because he’s really trying, although he smacked down several times. So close, and yet, always so far, his brain outsmarting him every time, especially when he needs to think with something other than his brain. He has no practical experience there.

The characters around him are quite a bunch, too, from Sheila the dippy receptionist to his bragging coworker Sorsby to his chain-smoking neighbor Thomas Edison.

Only Bronfman would have a neighbor at a run-down, drug-infested apartment complex named Thomas Edison.

Tommy ain’t that bright, we later learn, and the glare of attention Bronfman has brought on by being assertive and nosy is enough to provoke gun-wielding strangers.

But that’s not all. Bronfman has gained enough confidence to find the former receptionist even after her job is eliminated and her desk disappears. Shelia McNabb, who looks at everyone and sees some kind of animal, is a piece of work as odd as Bronfman, but in different ways.

Their weirdness creates a bond — albeit a shaky one.

Meanwhile, with all the attention focused on the apartment next door, he meets Coco, a pretty, tiny woman who is wearing his stolen cowboy hat. The plainness and naiveté of Bronfman is just the antidote she needs to whatever’s going on in that apartment.

And whatever’s going on earns Bronfman the attention of a blonde police officer named Serena, who kinda warms up to him when he reports that everything in his apartment, except his pens, has been stolen.

So, let’s check the score here: Bronfman has won a weekend at a condo in return for a sales pitch; he’s found not one, but three possible companions; he’s working out at the gym; and then, oops, there’s his mother.

She goes from feisty and blowsy to disjointed and incapable in a remarkably short time, the same time her son is trying to find out who he is and what he wants.

Thus begin the adventures of Muriel, and that brings Bronfman to a bizarre revelation and another encounter with Serena, the cop.

But what could possibly go wrong after that?

You had to ask.

The misadventures continue, with Bronfman actually asserting himself in Sheila’s case, leading to …

Coco seems to really need him because of  …

And Serena sees hope in …

Could things work out for this sadsack, nearly-murdered, orphaned, lied-to, put-upon guy?

Well … you just have to see where Wallace takes him.

Wallace is also the author of “Big Fish” about a big-hearted man in a small pond whose tall tales attention attention, deflecting the truth.

In both cases. Wallace shows a lot of heart. He has a thing for the underdog, the poor schlemiel just trying to get along.

His explorations of Bronfman’s mind are at times hilarious and at times painful.

Trust me, Bronfman is just the kind of guy you want to have a beer with (make his water) just so you can listen to his stories — a somebody after all.

Wallace is the J. Ross MacDonald Distinguished Professor of English at the University of North Carolina at Chapel Hill and wrote parts of this book at the Weymouth Center in Southern Pines and at the O. Henry Hotel in Greensboro.

On the evening of July 4th, I attended the Danville Symphony Orchestra’s patriotic concert with daughter-in-law Rose and my late... read more