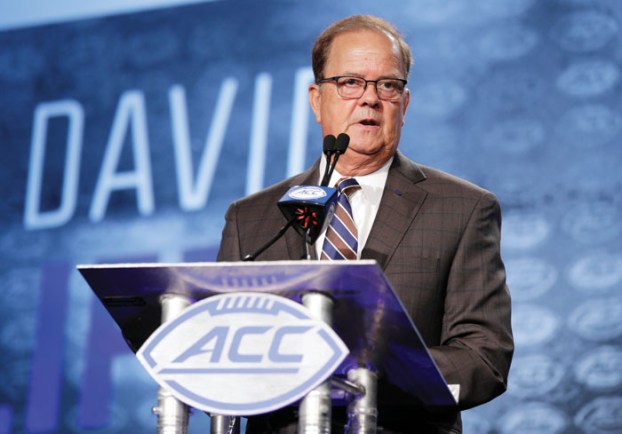 CHARLOTTE (AP) — The Atlantic Coast Conference’s Coastal Division hasn’t had a repeat champion since 2011 and generally has a surprise team climb to the top of the standings.

Five of the seven teams are breaking in a new starting quarterback, and it was unclear at the ACC’s preseason media days which team is best positioned to take control of an unpredictable division that hasn’t produced an ACC champion since Virginia Tech in 2010.

The Hokies — the last program to win consecutive Coastal crowns — were last year’s champions and have 14 starters back from a 10-win team entering coach Justin Fuente’s second season.

“You know, the ultimate number of wins and all that sort of stuff, I understand it’s important and it is a measuring tool, but it’s not the only one,” Fuente said Friday. “My first year at Memphis, we had to use a different measuring tool to determine if we were improving. Each year is different. Each team is different. As we move forward, for us, it’s all about focusing on the process and making sure we’re giving ourselves a chance.”

Miami, meanwhile, returns 16 starters for its second season under Mark Richt, including running back Mark Walton (1,117 yards, 14 touchdowns). But like the Hokies, the Hurricanes are among the crowded ranks of teams having to replace a starting quarterback after losing Brad Kaaya.

As for North Carolina, which won the Coastal in 2015 and finished tied for second last year, the Tar Heels will have significant personnel losses that include quarterback Mitch Trubisky — the No. 2 overall pick in the NFL draft — receivers Mack Hollins and Ryan Switzer, and top tailbacks Elijah Hood and T.J. Logan. That means the team’s top strength under sixth-year coach Larry Fedora — a fast-paced and high-scoring offense that could cover for defensive weaknesses — could be in for a struggle.

“In all my years, I think it’s around 18 years of running this offense, I’ve never experienced this,” Fedora said. “It’s a little bit of an unknown for me. … I think there’s a lot of guys that you may recognize their name from recruiting, but you’ve never seen them on the field. It’s time for them to step up. It’s time for them. It’s their opportunity to become a household name.”

The league will release the preseason league favorites and predicted order of finish along with all-conference picks next week.

Wimbledon final: Federer goes for No. 8

By Howard Fendrich AP Tennis Writer LONDON (AP) — They love their history around these parts and they love Roger... read more