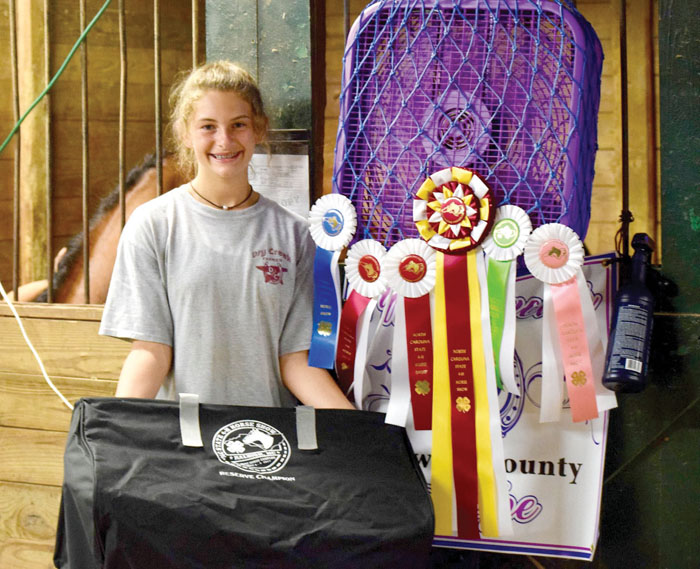 I’m going to continue my thread of congratulating Rowan 4-H members who have achieved some impressive commendations and awards recently. I’ve said it before and I’ll continue to believe that we truly have an embarrassment of riches in this county when it comes to the caliber of our youth and the leaders that I know they will become.

To win the overall award, scores from all the different air rifle competitions — CMP 3 position, silhouettes, and standing 40 shot — are combined to give an overall winner. Makayla competed against 95 shooters from across the nation and was the only competitor to place in the top five of each event.

How about a shout out to some of the boys? Well, Nathan Gobble and Sam Oster are participating in the North Carolina 4-H Electric Congress in Charlotte. To be selected for Electric Congress, youth must be enrolled in the electric project and then complete a record book, teach an electric workshop to at least eight youth, or have completed an electric portfolio.

Lastly, but certainly not least, I want to give a big shout to one of our 4-H members who has received some big accolades not only in 4-H but in her academics. Micah received the Park Scholarship at North Carolina State University. Micah was one of 39 recipients of the Park Scholarship and was selected from an applicant pool of more than 2,100 applicants from 43 different states. Micah will attend N.C. State in the fall to study biology.

As a 4-H agent, there is no greater satisfaction than seeing youth from the 4-H program take those lessons taught here and using those skills to become successful young men and women in other areas of their lives.

Like I said last time, this is only a few of the many success stories being written by Rowan County 4-H members every day. I would encourage you to see what 4-H can offer your child. I hope one day I can write about a success that they have had. As always, I can be reached at the Rowan County Extension Office located at 2727 Old Concord Road in Salisbury or by phone at 704-216-8970. I look forward to talking with you.