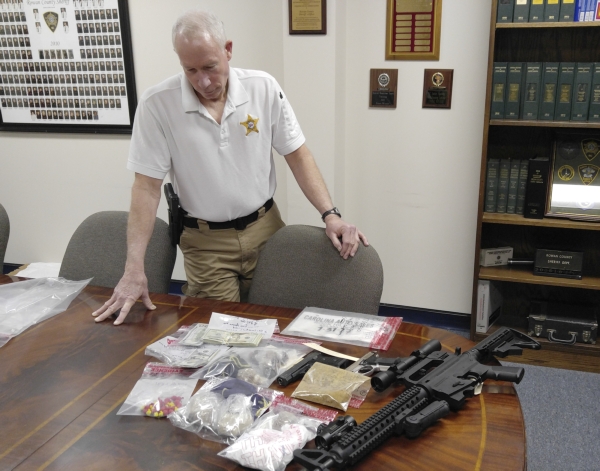 Laurels to Rowan County leaders for owning up to the county’s pervasive opioid problem and planning a public forum on the subject. Overdoses of painkillers like heroin and fentanyl killed at least 29 people in Rowan last year, and abuse is putting lives at risk every day. Last Friday alone, Rowan County EMS responded to five overdose calls.

What could talking about opioid abuse accomplish? Several things, starting with increased awareness. Many residents have no idea how the drug problem undermines the foundation of our community — families, employers and more. Crying children are found beside passed-out parents. Job applicants can’t pass drug tests. Crime spikes. And then there are the people who struggle to overcome their addiction.

Along those lines, an exhibit opening Friday at the Center for Faith & the Arts could also expand people’s understanding of addiction. “Hello, My Name Is …” shares the stories of people living in recovery.

Details about the county’s opioid forum are yet to be determined, but one thing’s certain: The runaway epidemic of opioid abuse affects the entire community.

Dart to the muggy days of summer. “Deep summer is when laziness finds respectability,” author Sam Keen once said. Take that as permission to slow down. The one-two punch of heat and humidity is not only uncomfortable; it can be unhealthy. Perspiring is supposed to cool a person off, but sweat doesn’t evaporate as quickly when humidity is high. Human physiology can only take so much. As temperatures head for the upper 90s this summer, the experts are warning people to be careful. Stay hydrated and don’t overdo it. On average, about 175 people die from extreme heat each year. This is serious business, not mere conversation. Limit your time outdoors in the heat of the day, and make sure children and elders do the same.

Laurels to the General Assembly for taking a tougher approach to domestic violence. Under the new “Britny’s Law,” a person with a previous conviction of domestic violence, stalking or similar crimes against a current or former lover faces strong presumptions if he or she is involved in the killing of that victim. Britny Puryear, the 22-year-old for whom the bill is named, was killed in her Fuquay-Varina home in 2014 by a boyfriend who had been abusive earlier — and who worked out a deal to plea guilty to only second-degree murder. Families want and deserve better justice than that.