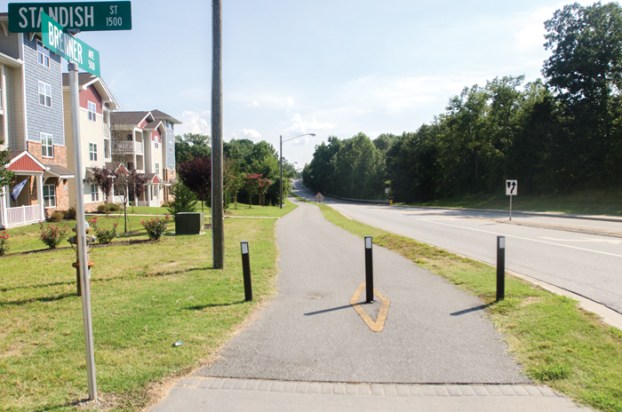 SALISBURY – There were tears in people’s eyes when the subject of William Peoples came up at Tuesday night’s City Council meeting.

Peoples, who was a Salisbury community advocate for decades, passed away in March because of kidney disease complications.

But now Peoples will always be remembered – at least by those who walk the path that will soon bear his name.

Before the official motion was voted on, members of the Peoples family present at the meeting were asked to stand and were given a round of applause.

Each of the council members recounted stories about Peoples.

“William and I both ran for council in 2009, and neither one of us had any idea what we were doing,” Mayor Pro Tem Maggie Blackwell said. “…And we were really partners through that first campaign and became very close. I just have the fondest memories of him; he was a wonderful man.”

“You could tell there was a heart of gold underneath there, and this is well-deserved,” Councilman Brian Miller said.

“As I said when he passed, we lost a true fighter for our community,” Councilman Kenny Hardin said. “I talked to William several weeks before he died. And just to show you the spirit that William had and the love that he had, as ill as he may have been, I never knew the extent. Because that wasn’t William. The last conversation he and I had, and he said, ‘Bro, bro, as soon as I get better, I’m back out there fighting with you.’”

“He was truly a voice for the voiceless,” said Councilman David Post. “That’s a term we use maybe too often, but he was the epitome of that.”

Deedee Wright submitted the application to have the greenway renamed. According to Peoples’ brother, John Peoples, who was also present at the meeting, Wright was one of William’s good friends.

“I just want to say, Madam Mayor and council, on behalf of William Peoples’ family, the West End Community Organization, the West End Pride organization and the West End, thank you for honoring my friend,” Wright said, addressing the council.

Peoples served with the Human Relations Council, the Neighborhood Appearance Commission and the Salisbury-Rowan NAACP, as well as many other boards and organizations.

Parks and Recreation Director Nick Aceves said a formal dedication will likely be held in September to commemorate the renaming.