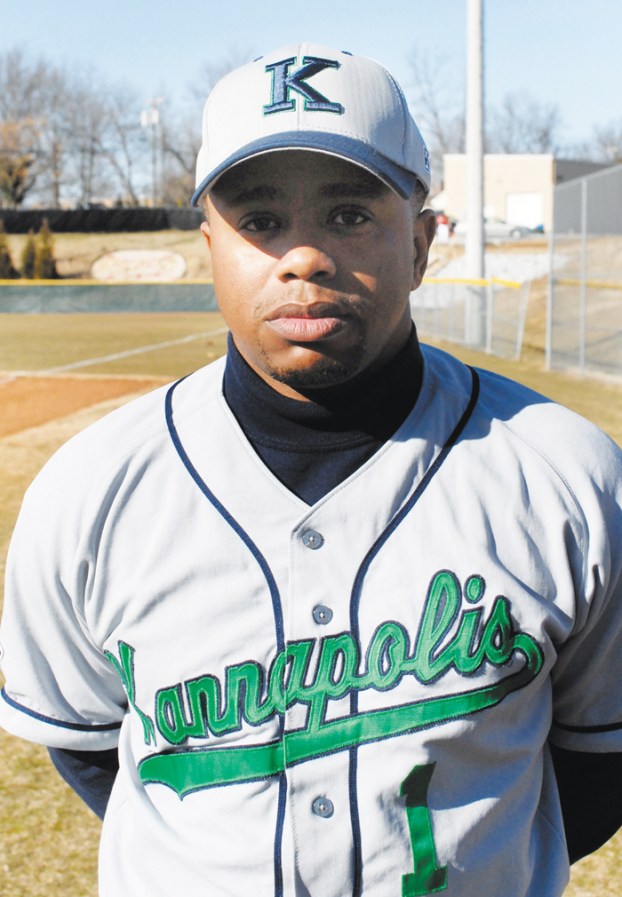 KANNAPOLIS — It would be tough to find anyone who loves A.L. Brown High more than Empsy Thompson.

An A.L. Brown graduate and a coaching fixture at the school since 1999, Thompson will get to demonstrate his dedication and his bleeding of green and white in new ways now. He was promoted from assistant athletic director to AD on Wednesday. He replaces Noah Lyon, who departed in June after being named as the head football coach at Alleghany High in Sparta.

“Empsy not only has tremendous experience but he’s also got a deep love for A.L. Brown  and its students,”  Kannapolis City Schools superintendent Dr. Chip Buckwell said. “He will do an outstanding job as athletic director.  I’m delighted that he’s getting this new opportunity.”

Thompson is known to sports fans mostly as the school’s long-time baseball coach, but he quietly moved into the role of assistant AD four years ago, so he’s been preparing himself for this promotion for a while.

“Noah Lyon helped grow me,” Thompson said. “Before Noah, (the late) Ron Massey was a great AD here, and I learned so much from him. Ron was a perfectionist, and he may have been an even better AD than he was a football coach.”

Thompson got the job-promotion news while he was vacationing at the beach with his family. His wife, Nicole, is an ESL (English as Second Language) and Spanish teacher at A.L. Brown. The Thompsons have a 10-year-old daughter who will be a fifth-grader at Forest Park Elementary.

Thompson is a little guy and he was the underdog growing up, always competing and usually losing against older siblings, cousins and neighbors.

He remained small in stature in high school. Still, he excelled in football, baseball and wrestling for the Wonders. By his graduation year in 1989, he’d moved up to wrestling in the 130-pound class. He was the 112-pounder as a freshman.

Two football seasons in a row, head coach Bob Boswell presented the diminutive cornerback with the “Most Desire” award.

Still, it was baseball Thompson loved most. That was his dad’s game, the game he’d been around all his life, the game he grew up playing in the driveway.

He wasn’t recruited by anyone out of high school, so he went to Fayetteville State University as a regular student.

After a year in Fayetteville, he missed baseball so much that he decided to walk on at UNC Pembroke. That decision changed his life. He earned playing time in the outfield for the Braves, and UNCP head coach Danny Davis saw how well he related to teammates from diverse backgrounds and how well he understood baseball fundamentals. He steered Thompson toward a teaching/coaching career.

“A lot of people have their handprints all over me becoming a coach,” Thompson said. “Coach Davis was important. Before him there was Bill Wightman, an assistant football coach at A.L. Brown who inspired a lot of us. Then there’s (the late) Gene Benfield and Joe Hubbard. In 1995, when I was young and inexperienced, they gave me a chance to help coach the Kannapolis Legion team.”

Thompson’s first high school coaching opportunities came at Lexington High. It was next to impossible for Lexington to survive in baseball in a league that had terrific programs such as Ledford, East Davidson and North Rowan, but Thompson made his jayvee team reasonably competitive, then helped the varsity make strides as an assistant. Thompson coached 12-man baseball teams, had to play lefties in the middle infield some, but fighting those uphill battles he learned something at every practice and every game.

He paid his dues. The chance to come back home to Kannapolis arrived in 1999. He became head baseball coach. He also helped with football and wrestling and taught social studies. He had a full plate.

He had special seasons with A.L. Brown’s baseball team. He revived a winning attitude.

There were the Zach Ward/John Graham years when the Wonders started making the state playoffs while competing against the powerhouse Rowan schools in the South Piedmont Conference.

There was a 2-1, eight-inning victory at Staton Field against SPC champion East Rowan that was the Wonders’ biggest triumph in many years. Center fielder Marcello Stanback made a diving catch and homered off All-State pitcher Brian Hatley. That was a program-changer.

Then those classes rolled through at A.L. Brown with Brett Bartles, Garrett Sherrill, Ryan Query, Jeremiah Worthington and Eddie Boger, and the Wonders won back-to-back North Piedmont Conference tournaments in a league where Northwest Cabarrus, West Rowan and Lake Norman had some of the best 3A clubs in the state.

Somewhere along the journey, an A.L. Brown assistant coach named Mike Luther dubbed Thompson the “Little General.” The little-engine-that-could made a lot of good things happen for A.L. Brown students and athletes. There were no secret formulas and no shortcuts. Just integrity and sweat.

Through thick and thin, Thompson has kept the Wonders plugging along in baseball. This past season, he was rewarded with an unexpected 20-7 season.

“We weren’t the most talented, but we had one of those dream seasons where we never had to coach effort or coach attitude,” Thompson said. “That was a group of kids that cared more about their teammates than about themselves, and when you’ve got that, you’ll have a great year.”

Thompson will continue as A.L. Brown’s baseball coach, although his workload will be altered with the addition of AD duties.

“AD is a huge job, and it’s not really possible to add that responsibility without taking something away,” Thompson said. “I’ll have my classroom duties cut back and probably will be teaching one class.”

Thompson takes on new responsibilities as the Wonders are changing eras. Their four-year stay in 4A is over, and they’re back home in the SPC in an all-Cabarrus league that includes Cox Mill, Northwest Cabarrus, Central Cabarrus, Robinson, and of course, Concord.

With the Wonders and Spiders as league rivals again, the A.L. Brown-Concord Bell Game moves back to a chilly November Friday where it belongs, and all seems right with the world.

And even as he relaxes at the beach, Thompson is already getting involved in his new duties.

“A.L. Brown is truly a part of me,” he said. “I love this school, and I love working with the athletes and their coaches. Our students put in countless hours on the field and in the classroom to achieve success, and our coaches are the best at helping them reach their full potential.”