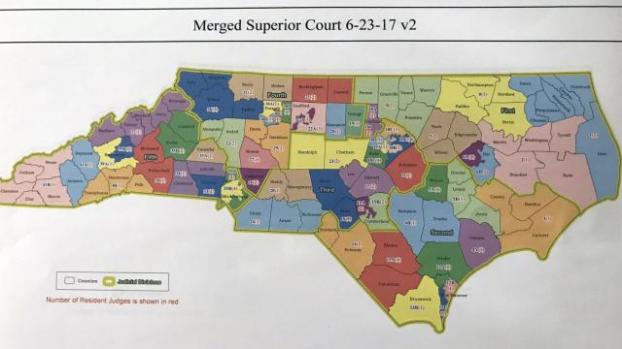 Other voices: Keep politics out of judiciary

Sometimes a bad idea becomes a gift that keeps on giving. So it is with the General Assembly’s attempt to politicize key institutions and its penchant for extreme political gerrymandering of North Carolina.

The gerrymandering has already been slapped down in the courts for its racial biases, and it’s made this state a poster child for a national movement to make redistricting less political. There have even been a few hints that the U.S. Supreme Court may be ready to reconsider its long-held view that redistricting is an inherently political process. We would welcome that decision.

But that has done little to dampen legislative leaders’ drive to make it impossible to dislodge the Republican Party’s iron grip on the state’s government (despite the fact that Republican is the third-ranking voter registration in North Carolina, behind Democrat and unaffiliated).

In recent years, lawmakers have sought to politicize almost every elected position, requiring judges’ political affiliations to appear on ballots and even trying to force judges to become party members by requiring that unaffiliated judges present lengthy petitions to gain ballot access, while party-registered judges need only their own signature to run.

And now, yet another push into politics for our judiciary: a proposal to redraw the judicial and prosecutorial districts across the state. The proposed maps would likely result in some district attorneys losing any chance at re-election. …

Still, we object to judges being forced to run as a member of a party. The very concept of partisanship flies in the face of the principle that in America, justice is supposed to be blind. Judges should be guided by the law and our country’s and states’ constitutions. Judges should check their political beliefs at the courthouse door — or at least try to.

Lawmakers went home before acting on the judicial gerrymandering legislation, but they’re likely to return later in the year to consider it.

We wish they’d consider, instead, the wisdom of N.C. Supreme Court Chief Justice Mark Martin, who told the N.C. Bar Association last month that he favors a ballot question asking voters if judges should even be elected. Martin proposes the possibility of appointing judges instead, subject to the recommendations of an objective review panel appointed by the governor and legislators. The panel would rate judicial nominees’ qualifications.

Martin is one of this state’s most distinguished jurists. He’s also a Republican, but not a blind partisan. It’s clear that he sees the damage politics is causing in our court system.

We’d like to see the General Assembly drop its judicial gerrymandering and instead let the people decide how we choose judges — and whether political affiliation should have anything to do with it. We need fair, unbiased judicial decision-making at every level. And that’s not what our legislative leaders are trying to give us.

Letter: A wish for the president