Generations of progress are at risk in NC 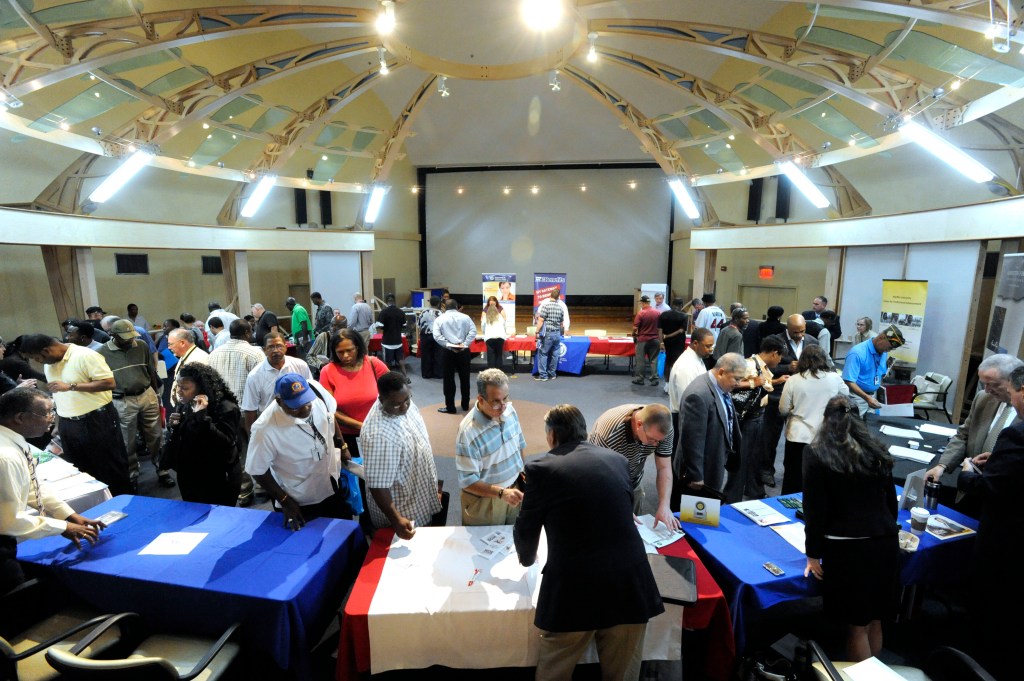 A job fair at the Hefner VA Medical Center in 2014 drew a large crowd. File photo

Does it feel like your paycheck never goes as far as it used to?

Do you scratch your head when leaders in Raleigh talk about how great our economy is doing?

Did you or someone you know lose a good job during the Great Recession and struggle mightily to recover ever since?

If so, you and they are not alone.

A new report by N.C. State University economist Mike Walden confirms once more that the middle class in North Carolina has fallen on hard times over the last decade. Too few middle-income jobs have been created, leading to what Walden refers to as the “hollowing out” of our labor market.

This slow-moving economic disaster has been wreaking havoc for decades, and, unfortunately, has not been met with a robust policy response from elected leaders in Raleigh.

Some conservative politicians have either tried to distract us from the problem by focusing merely on the number of jobs being created, or have continued to assure us that just one more round of tax cuts will do the trick.

Unfortunately, hard data and the hard truths working people face tell us that policy coming from Raleigh in the last several years has not stopped the decline of North Carolina’s middle class. …

For generations, North Carolina’s middle class grew thanks, in large measure, to a combination of sound public policies. A commitment to smart public and private investments, building North Carolina’s natural and human resources and intentional policymaking to expand opportunity propelled wages forward in North Carolina, taking our state from an economic backwater to a global force.

Starting in the late 1800s, efforts like the Cotton Mill Campaign, coupled with improved rail and road transportation infrastructure, brought manufacturing to cities and towns across the state. …

After World War II, North Carolina leaders devoted more resources to gaining a foothold in the emerging technology economy with major investments in public education (particularly the UNC system) and developments like the Research Triangle Park. These investments lured companies like IBM and birthed a string of wildly successful technology firms like SAS, Cree and Red Hat, all of which emerged from university laboratories funded with public dollars.

Mechanization and digitization made North Carolina more productive, in turn driving up working wages to where we were nearly on par with the nation. …

First, the recession was particularly hard on North Carolina workers, primarily because deeply affected industries were more concentrated in our state. Working income dropped nationwide, but the crater was deeper in North Carolina and working incomes slid even further.

Second (and this is really the crux of the issue) workers’ incomes in North Carolina have not rebounded as much as in many other states. The average worker in North Carolina continues to earn less than 90 cents on the dollar compared to their counterparts nationwide.

This hollowing out of the job market is not limited to rural communities or small towns. Most of the cities in North Carolina have seen low-wage jobs grow faster than middle-paying jobs, and the middle class is losing ground even in parts of the state that are often put forward as economic bright spots. In Charlotte, middle-paying jobs have grown by less than 2 percent since 2001 while the number of low-paying jobs expanded by almost 25 percent.

A lack of middle-paying jobs crosses the urban-rural divide and is happening in communities with very different political leanings, so it can be an opportunity to unite around a shared challenge.

Our state has a history of collective investments opening the way for new economic opportunities, a tradition that needs to be resurrected if we are going to reinvigorate North Carolina’s middle class.

Economic reality does not try to pass ideological purity tests, or mold itself to the dictates of the electoral calendar. It is time to accept the fact that years of cutting taxes and scaling back on public investments have not worked, and to come together to address the challenges that will shape our shared economic future.

The state has done this before and it’s past time to get started in doing it again. Professor Walden deserves credit for helping to point us in this direction.

Dr. Patrick McHugh is an economic analyst with the Budget & Tax Center.