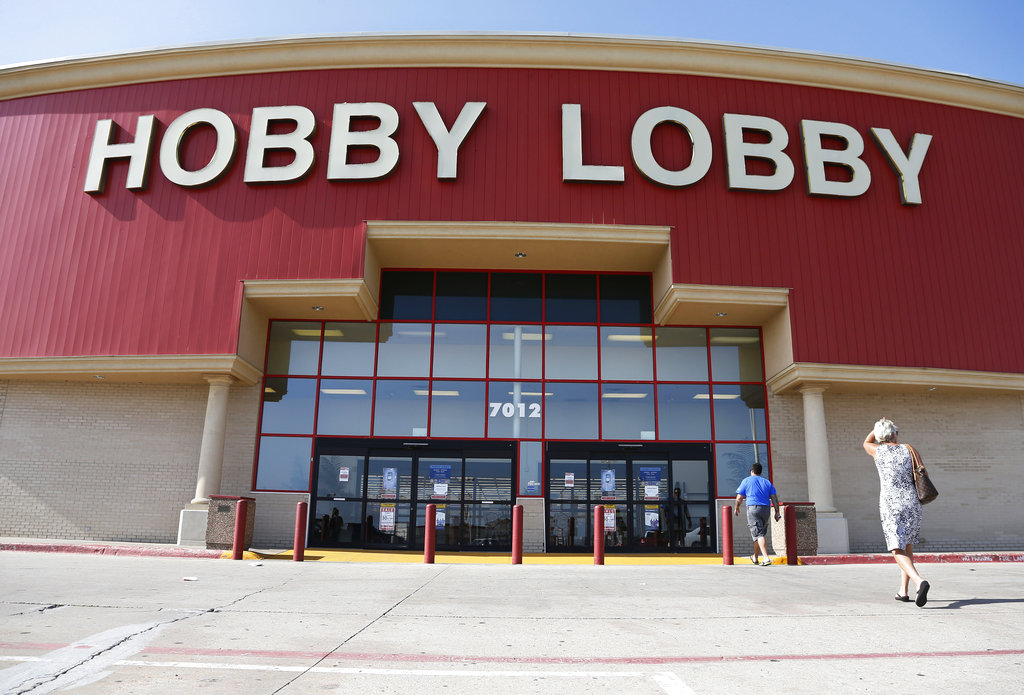 FILE - In this June 30, 2014, file photo, customers walk to a Hobby Lobby store in Oklahoma City. Federal prosecutors say Hobby Lobby Stores has agreed to pay a $3 million federal fine and forfeit thousands of ancient Iraqi artifacts smuggled from the Middle East that the government alleges were intentionally mislabled. Prosecutors filed a civil complaint in New York on Wednesday, July 5, 2017, in which Oklahoma City-based Hobby Lobby consented to the fine and forfeiture of thousands of tablets and bricks written in cuneiform, one of the earliest systems of writing, as well as other artifacts that prosecutors say were shipped without proper documentation. (AP Photo/Sue Ogrocki, File)

“I read them the riot act.”

That is how an antiquities law expert characterized her warning to Hobby Lobby executives that artifacts the company was planning to buy might have been looted from archaeological sites in Iraq, and that importing them could result in criminal penalties and fines.

Given that admonition – and the furtive means used to make the eventual purchase – it is hard to buy Hobby Lobby’s depiction of itself as a novice making “regrettable mistakes.” The blithe willingness to buy unprovenanced artifacts emboldens a black market that robs countries of their heritage, often to the profit of those who do terrible violence.

Federal prosecutors announced last week that they had reached a settlement in which Hobby Lobby would pay a $3 million fine and forfeit thousands of ancient Mesopotamian artifacts it collected in 2010 and 2011 and tried to have shipped to its Oklahoma City headquarters, presumably for display in various museums and public institutions.

Sharp-eyed U.S. Customs agents in Memphis in 2011 seized a shipment of tablets inscribed with cuneiform, the script of ancient Assyria and Babylonia (present-day Iraq), that had been labeled as “hand made clay tiles (sample)” valued at $250.

Investigation revealed other methods aimed to avoid scrutiny: use of multiple shipping addresses for a single recipient, false identification of the country of origin and payments to seven separate personal bank accounts.

Keep in mind, Deborah Lehr of the Antiquities Coalition told us, this wasn’t some layman not used to dealing with customs but a company (with revenue in the billions) that imports thousands of products for its arts and crafts businesses.

Hobby Lobby won a landmark Supreme Court case in 2014 based on its claim of running a business according to strict moral Christian principles. Some on the other side of that case may have taken a kind of satisfaction in the apparent hypocrisy.

We would rather hope that fame brings heightened attention to how the black market in looted antiquities has been able to flourish because private collectors – and even storied institutions that should know better – have looked the other way in acquiring treasured items. Some may kid themselves, thinking they are saving the artifacts for future generations or creating opportunities for study by scholars. But that kind of thinking loses sight of the greater damage that is caused, including putting money in the pockets of terrorist groups like the Islamic State that are all too eager to plunder a country’s cultural identity to advance their cause.

Only when collectors refuse to participate in this market will it dry up.