Jay Bolin: Who wants a fire station next door? 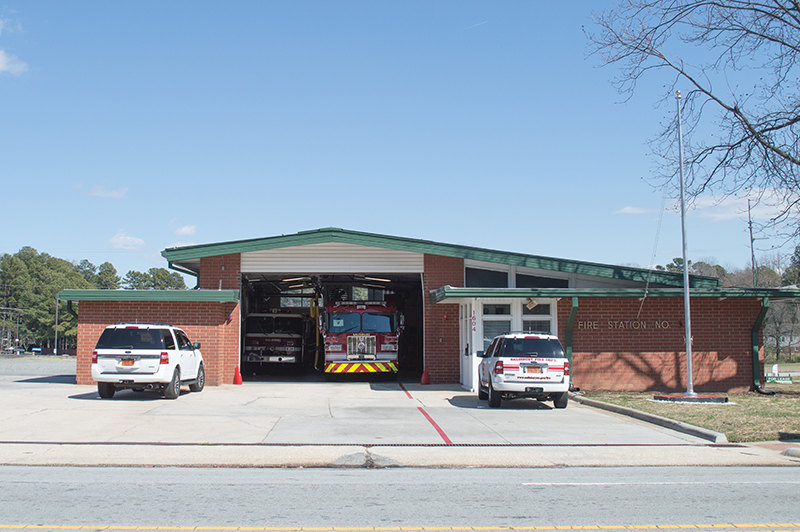 Salisbury Fire Department Station No. 3 is built on an area of land that's settling. To increase the service area of Fire Station 3 and address structural problems, the city of Salisbury plans to build a new station on Mahaley Avenue. Josh Bergeron / Salisbury Post

The city of Salisbury is attempting to break precedent by siting the replacement for Fire Station No. 3 adjacent to a quiet, residential neighborhood of single-family homes. Some of our fire stations are aging out. If you live in the city, the next proposed fire station might sit on your property line.

The proposed Fire Station No. 3 replacement is much larger than any currently in the city, will destabilize our neighborhood, reduce our property values and will not reduce fire insurance costs for any citizens of Salisbury.

The city should expand and replace Fire Station No. 3 at the existing location or use the many open or underutilized commercial parcels in the W. Innes St.-Statesville Blvd. corridor already zoned to accommodate a public safety facility.

I am a resident of Lilly Avenue. My neighborhood is zoned general residential (GR6) and is composed of single-family homes. It is also a main entrance to Horizons Unlimited, a Rowan-Salisbury Schools science center. The city is attempting to change the zoning to allow the construction of a fire station. The petition for rezoning is being reviewed by the Salisbury Planning Board.

Fire Station No. 3 on West Innes St. is the oldest of the city’s fire stations and by all accounts needs to be replaced. Our emergency responders deserve the best facilities that our community can afford. What I and many of my neighbors on Lilly Avenue dispute is only the siting of the station in a residential neighborhood.

First, siting a Fire Station in a location that shares a property line with typical suburban homes would be unprecedented for Salisbury. Of the city’s five fire stations, none share property lines with general residential-zoned properties, for very, very obvious reasons.

Second, this proposed structure, at more than 17,600 sq. ft., will be the largest fire station in the city. It will be larger than the Central Fire Station by 50 percent and more than twice as large as the recently constructed Fire Station No. 4 on Statesville Blvd. It is also more than three times as large as the station it is to replace. That it is too big to be adjacent to a quiet residential area. A station this massive should obviously be in a commercial area.

According to the city’s facilities manager, Deborah Young, the city enjoys the highest classification of fire protection (Class 1) for insurance purposes that a municipality can have. Moving a fire station 1,850 feet will not lower our homeowners insurance rates. The city’s stated rationale for the move is to improve response times (by 30-50 seconds, I estimate) to the northeastern part of the city, County Club. Where will the response times be degraded if the fire station moves northeast?

Third, if this project proceeds as depicted in planning documents, many of my neighbors on Lilly Ave will enjoy a view of a fence or a concrete block retaining wall up to 15 feet tall, only about 13 feet from their backyard property lines, with limited screening vegetation because a 10-foot easement access (an unimproved road) will also be placed there.

The relatively massive scale of this project, 24-7 noise and lighting associated with fire stations will undoubtedly reduce Lilly Ave. property values and destabilize a quiet residential neighborhood. It should not be up to the residents of our street to prove that our property values will plummet, as was suggested to me by a member of the Salisbury Planning Board; it is plainly obvious. It’s hard to imagine new families choosing to be owner-occupants on Lilly Avenue.

Fourth, the project will negatively impact one of the great assets of our community, Horizons Unlimited, a Rowan-Salisbury Schools science learning center. The plan includes creating a stormwater detention pond in the large, residentially zoned and forested lot adjacent to Horizons. This will include clear-cutting the attractive multi-acre mature swamp forest adjacent to the parking lot for Horizons, where many children (mine included) go to summer camps and attend environmentally themed field trips. The pond is required to accommodate the approximately 1.25 acres of concrete and roof runoff from for the proposed station.

As a citizen of Salisbury, I have a reasonable expectation that property abutting my land with a residential zoning designation remains as such and that development by the city should not negatively impact my property value, and so should you. I realize there are exceptions that need to be made for the good of the whole community. However, for a project of this scale, a more fulsome discussion including private citizens regarding a pallet of alternate sites should have been made with the community before properties were purchased by the city and site plans were developed.

I appreciate the responsiveness of the city planning department since the proposed zoning change was made public a few weeks ago. Still, I urge the planning board to reject this rezoning request to ensure that future major capital projects by the city engage citizens at the site-selection stages, to maintain the stability of residential neighborhoods, and to mitigate negative impacts on important educational institutions like Horizons Unlimited.

Jay Bolin is a resident of Lilly Avenue in Salisbury.