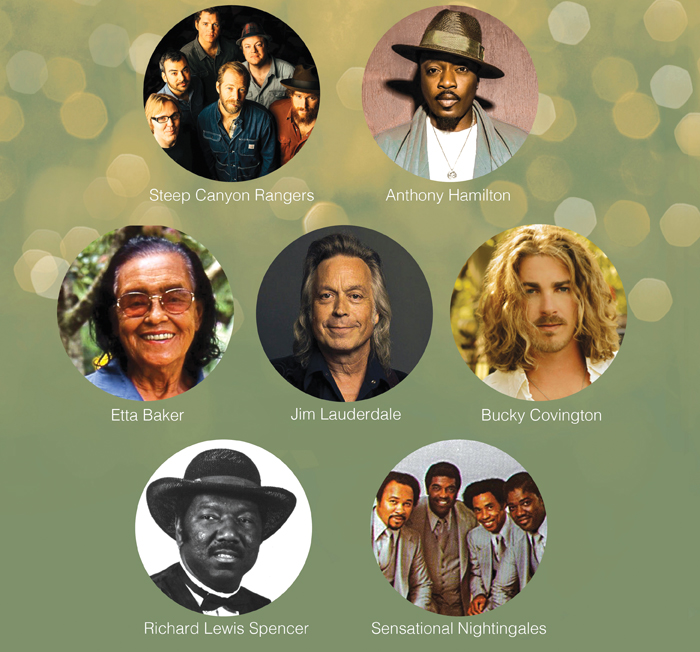 The North Carolina Music Hall of Fame Museum works to promote, honor, and commemorate musicians, singers, songwriters, and producers from the state of North Carolina.

KANNAPOLIS —  The North Carolina Music Hall of Fame has announced this year’s seven inductees. Inductions are held annually, as the Hall of Fame’s highlight event of the year, to commemorate the musical legacy of North Carolina’s greatest music makers. The inductees are as follows:

Richard Lewis Spencer, Wadesboro – Renown sax player, best known for his work with Curtis Mayfield, The Impressions, and the Winston’s.

The Sensational Nightingales, Durham – A traditional black gospel quartet that reached its peak of popularity in the 1950’s. The Nightingales, with several changes of membership, continue to tour and record today.

The Induction Ceremony will take place on Thursday, Oct. 19, 2017 at the Kannapolis Performing Arts Center in Kannapolis, NC. The red carpet event is open to the public and tickets are on sale now. VIP and General Reserved tickets may be purchased at the NC Music Hall of Fame Museum or online at: 2017Induction.eventbrite.com.

The North Carolina Music Hall of Fame Museum, which is a 501(c)3 nonprofit organization, works to promote, honor, and commemorate musicians, singers, songwriters, and producers from the state of North Carolina.