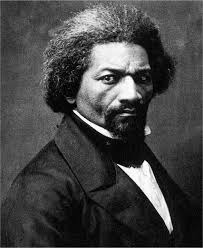 Douglass: America ‘an example to the world’

The year was 1852, and the Fourth of July speaker was Frederick Douglass. The subject then, with civil war just over the horizon, was one of leadership and character, particularly devotion to a cause greater than oneself.

Douglass made his oration in Rochester, New York. … The great abolitionist was clear in stating that July 4 did not mean the same things to him and other African-Americans as it did to most of his audience. Yet he addressed the crowd as “fellow citizens,” and though he spoke of “your” holiday, he alluded to a common set of beliefs and to the hope for a future in which all Americans, enslaved and free, would realize the promise of July 4, 1776, if only they paid heed to what was actually declared on that day.

“Fellow citizens,” he said, “I am not wanting in respect for the fathers of this republic. The signers of the Declaration of Independence were brave men. …They were statesmen, patriots and heroes, and for the good they did, and the principles they contended for, I will unite with you to honor their memory.

“They loved their country better than their own private interests … Your fathers staked their lives, their fortunes and their sacred honor on the cause of their country. In their admiration of liberty, they lost sight of all other interests. … They seized upon eternal principles, and set a glorious example in their defense. …

“Your fathers, the fathers of this republic, did, most deliberately, under the inspiration of a glorious patriotism, and with a sublime faith in the great principles of justice and freedom, lay deep, the corner-stone of the national super-structure, which has risen and still rises in grandeur around you.”

This from a man who had been whipped and otherwise abused in America before escaping slavery and becoming the nation’s most eloquent voice against that cruel institution.

Most of the remainder of his speech consisted of an exhortation to comprehend the evils of slavery … but there was in it an element of optimism, a faith in the power of republican ideals to someday overcome the evil practices of the day and unite people in a way that no bonds of race, religion or ethnic affinity could do — and to create a nation that would stand as an example to the world.

A gentle answer turns away wrath, but a harsh word stirs up anger.” — Proverbs 15:1 President Trump once referred... read more