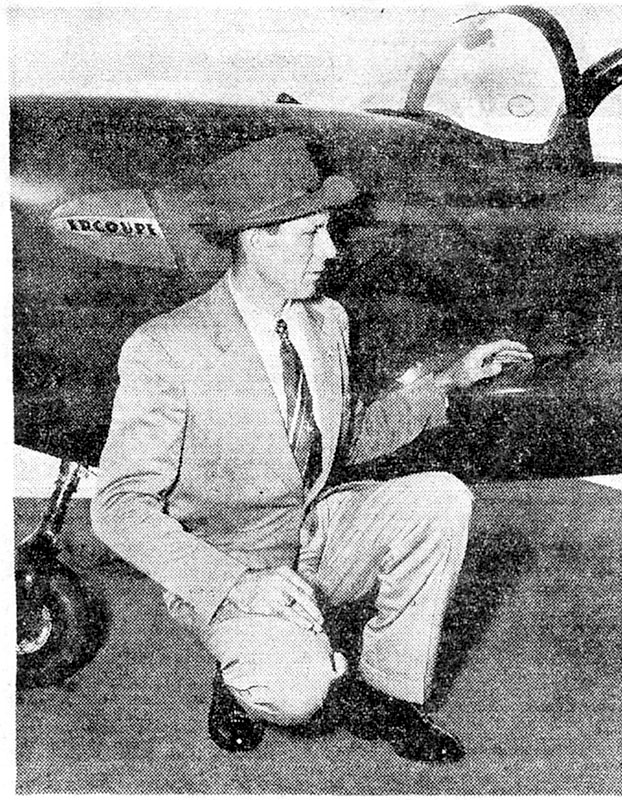 Delores Hahn Heyd of Tega Cay, S.C., provided this copy of a Salisbury Post photograph from Feb. 20, 1950. The man in the photo is her late father, W.W. Hahn, who is kneeling beside his Ercoupe airplane and pointing toward a bullet hole that had forced him down two days earlier at the  airport in Newton. An amateur pilot and owner of W.W. Hahn Plumbing and Heating in Salisbury, Hahn had just taken off from the Newton-Conover airport when a shot fired from the ground pierced the gasoline tank on a wing. Hahn, who was flying with Powell L. Smith of Newton, told the Post he had ascended to about 200 feet when he heard a noise that sounded “like a brickbat hitting the plane.” About three minutes later, while flying over Conover, Hahn began smelling gasoline, checked his fuel gauge and saw that it was almost empty, though he had refueled in Newton. In the end, a 15-year-old boy from Newton was identified as having shot at the plane with his .22-caliber rifle. The boy’s father paid approximately $200 for the damages and the teen was placed on probation. Heyd says her father sold the plane not long after the incident. Hahn, a lifelong resident of Salisbury and an auxiliary policeman for 14 years, died in 1976.