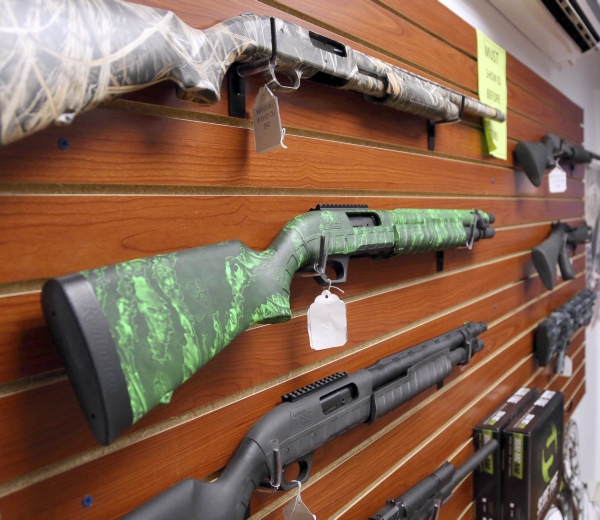 There’s a lot to take in on everything from gun owner demographics to NRA membership to views on gun policy. Overall, the survey paints a complicated picture of gun owners. As a group they’re more diverse in opinion than the NRA would have the public believe and more demographically diverse than they are sometimes caricatured.

For starters, here are seven facts about gun ownership from the Pew study that complicate the NRA’s narrative about guns in America.

1. The overwhelming majority of gun owners are not members of the NRA.

Among the 1,200 gun owners Pew surveyed, 19 percent said they were members of the NRA. That works out to about 13.8 million Americans, which is considerably higher than the 5 million members that the NRA itself claims.

Pew’s larger figure likely includes a number of gun owners who may strongly identify with the NRA but who aren’t dues-paying members.

2. Nearly 3 in 10 gun owners say the NRA has too much influence over gun laws in this country.

3. Some key NRA policies have little support among gun owners.

Only one-third of gun owners support permitless or “Constitutional” carry laws that allow people to carry concealed firearms in public without a permit. The NRA characterizes such laws as “the next step in expanding law-abiding gun owners’ constitutional right to self-protection.”

Perhaps most surprising is that more than half of American gun owners support creating a federal database to track gun sales. The NRA has worked diligently to oppose any nationwide system that might resemble such a database.

Among Americans overall, a majority (52 percent) would like to see stricter gun laws, while 18 percent think gun laws should be less strict than they are today.

5. A quarter of gun owners say guns are very important to their personal identity.

In countless videos and speeches, the NRA places gun ownership at the center of American identity. But most gun owners don’t see things that way: only a quarter of them say gun ownership is very important to their overall identity.

This view, however, is more common among individuals who own multiple guns: While just 15 percent of people who own a single gun say their firearm is at the center of their identity, 42 percent of those who own five or more firearms say the same.

More than 40 percent of Americans say they know someone who has been shot either intentionally or accidentally. And nearly 25 percent say someone has used a firearm to threaten or intimidate them or their family.

7. Gun owners are three times as likely to have been shot as non-gun owners.

These numbers say nothing about causality, of course. People who have been shot may be more likely to then purchase a firearm for self protection. On the other hand, people who own a gun are, for obvious reasons, more likely to accidentally shoot themselves than individuals who do not own guns.

Gun owners (51 percent) are also considerably more likely than non-gun owners (40 percent) to know somebody who has been shot.

On the other hand, there’s plenty for the NRA to like in Pew’s survey, as well. To wit:

1. Gun ownership is as high as it’s ever been.

The Pew Survey finds that 42 percent of Americans say they or someone in their household owns a firearm. Many gun-rights advocates have expressed skepticism over poll-based gun ownership measures, suspecting that some gun owners will be shy about admitting their ownership to a stranger in person or over the phone.

Pew sidesteps this question somewhat by administering its survey online, “where people may be more willing to share sensitive information than they would be over the phone or in person.”

2. Most gun owners say their right to bear arms is central to their freedom.

While they don’t necessarily define themselves by their guns, most gun owners (74 percent) say gun ownership is “essential to their own sense of freedom.” This dovetails nicely with the NRA’s contention that “the Second Amendment is about protecting the right of a free people to defend that freedom and to protect their families and communities from threats.”

3. While gun owners are more likely to be white, male and live in rural areas, they’re by no means monolithic.

Nearly 40 percent of men personally own guns, but so do 22 percent of women. More than 33 percent of whites own guns, as do 24 percent of blacks and 15 percent of Hispanics. Nearly half of rural Americans are gun owners, but so are nearly 1 in 5 urban Americans.

The NRA has increasingly been interested in promoting diversity among gun owners. While the Pew survey doesn’t fully demolish the white-male-rural gun owner stereotype, it does provide compelling evidence that millions of gun owners don’t fit that mold.

4. More than half of non-gun owners could see themselves owning a gun in the future.

Most non-gun owners are not firmly opposed to the idea of firearm ownership: 52 percent say they could see themselves owning a gun in the future.

On the other hand, nearly 75 percent of Americans who do own guns say they can’t imagine living without them.

5. Most gun owners have taken some kind of firearm safety course.

Fully 70 percent of gun owners have received gun safety training, which the NRA places a high degree of emphasis on.

Nine percent of gun owners have contacted a public official to express an opinion on gun policy in the past 12 months, compared with only 5 percent of non-gun owners.

Gun owners who believe gun laws should be less strict are particularly vocal: 19 percent of them have contacted a public official to talk guns in the past year.

Overall, gun owners’ greater engagement on these issues is one reason gun-rights groups have chalked up so many legislative successes in recent years.

By Richard Nash Creel The op-ed by Ada Fisher titled “Drugs are out of control” (June 27) leaves much to... read more