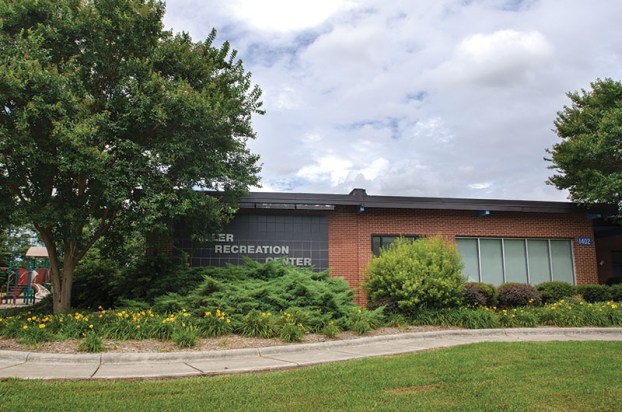 SALISBURY – In recent years, discrepancies over which programs can take place in Salisbury’s West End and who can run them have led some West End residents to become confused by and distrustful of the city.

Many residents of the historically black neighborhood said they want programs – particularly youth activities– that are run by local organizations and founded by Salisbury residents who represent their demographic.

But Salisbury Parks and Recreation staff members said that, given the budget and staffing restrictions that have occurred since the 2007 recession, having purely local programming at city recreation centers is just not feasible.

The proposal was not solicited by the city, but some West End residents still felt that the city was choosing an “outsider” – a word used by several residents to describe Power Cross – over local organizations that could have provided similar services.

Parks and Recreation staff members said it’s not that simple.

“Let me give you a tour of my day”

Salisbury Parks and Recreation Director Nick Aceves sat around a conference table in City Hall Thursday with three of his staff members.

Although Aceves has only been the department director for one year and nine months, the three other staff members present – Teri Shaw, head of City Park and Recreation Center; Vivian Koontz, special events coordinator; and Steve Clark, head of Hall Gym – have each been working with the Salisbury department for at least ten years.

He asked them to recall how many staff members – including part-time staff – the department had for each of the four recreation facilities in 2010.

“At least five,” Shaw and Koontz said in unison.

“How many do you have now, on a bad day?” Aceves asks.

Shaw went on to say that, even on a good day, there is only one extra person there to help her.

“As the recession came, unfortunately positions, you know, were what they were,” Aceves said. “This staff here, especially these three and some of our part-time staff who were still here then, did a phenomenal job of trying to keep the programming that we had. The shift that happened was that they had to start looking at, ‘How can we still offer programming when we don’t have the staff or the resources?’”

That, Aceves said, is when contracting became a bigger part of their programming.

“And it became big across the state, across the country. Because this is not Salisbury’s issue, this is a parks and rec issue. And it kind of sounds like we don’t want to do the work, but that’s not it. It’s, ‘How can we provide the service?'” Aceves said.

He also pointed out that, although people may associate the word “contract” with making a big profit, very little money is exchanged between the contractors and the department.

“People aren’t really getting rich when they contract with us. Because if we’re charging $15 and we’re getting 15 percent or 20 percent of that $15 per kid… If you have ten kids, you know, we’re cutting checks for people at $26 for offering a program,” Aceves said.

Aceves said the department gets a similarly low financial return.

Shaw said that the community often doesn’t understand how hard the Parks and Recreation staff has to work to maintain quality programming.

“There have been times in the grocery store or if I’m at the pool, someone will start speaking and it may come off negative and if I can take five minutes to kind of educate them, to give them some of the behind-the-scenes stuff that we deal with, and you’ll see a light come on, like, ‘Oh,’” Shaw said.

She added, “I know a lot of people go straight to the top of the city and complain, complain, complain. But sometimes it may be worth (it to) come here and let us show you what we do. Let me give you a tour of my day.”

“The concern of the community”

“This is really our recreation center,” McLaughlin said.

She said that, when Salisbury was still segregated, Miller was one of the only facilities that black people could use.

That is one of the reasons that McLaughlin – and other West End residents – were upset when they found out the Power Cross ministry might have their programs there.

“One of the things I don’t have a problem with is an organization that chooses to benefit our children,” said Alisha Byrd, a former West End resident and co-founder of the nonprofit Gemstones Academy and COMPASS. “But when an outside organization comes into a community bringing their programs… Before allowing a new organization in, why not offer it up to an organization that’s up and running?”

“If you were to combine them, they’d provide important tools for not just the West End but for all children, teaching soft skills, literacy and teaching them to be leaders,” Byrd said.

She pointed out that there are quite a few programs at Miller Center and Hall Gym right now that are athletic, but very few that focus on other parts of a child’s development.

Alex Clark, who runs the COMPASS portion of Gemstones Academy, said athletics can be taught in a way that leads to character development.

“But then, after they shoot the ball, we still have real issues to deal with,” Clark said. “It’s good that they have sports of course, but then, they’re still dealing with their reality and need to be able to get some tools that assist them.”

Clark said that one of those tools is confidence, and he said that it can be difficult for young black men to gain confidence when they only have white male role models around.

“If I’m a young black male (and) the only positive examples you give me are Caucasian, subconsciously I’m devaluing myself and those around because I never see anyone around me doing anything of note,” Clark said.

Not all West End residents were against the idea of Power Cross having programming at Miller Center.

Mae Carroll, a longtime West End resident and the commander of the J.C. Price American Legion Post 107, said that, when she heard that residents were against having Power Cross come to Miller Center, she thought it was “the craziest thing I’ve ever heard.”

“Someone is trying to help us and help our children,” Carroll said.

Carroll went on to say that the Power Cross situation reminded her of one that happened several years ago, involving the Salvation Army of Rowan County.

The Salvation Army was planning to hold an afterschool program at Miller Center that would involve music lessons, field trips and tutoring. But, due to a number of circumstances, including backlash from some West End residents, the Salvation Army backed out and held the programming at its own headquarters on Bringle Ferry Road.

“I was so excited; they were going to take them on field trips. To me it sounded like a very good program. But the West End had some kind of fear. I was so appalled at their reasoning, they said (Salvation Army) were coming to take over,” Carroll said. “I’ve tried for three years to understand logic, and I can only think it’s fear.”

Michael Kirksey, another longtime resident of the West End, said that he had heard that the program would only allow boys to participate and that it would take space away from other community programs.

“So people felt like it would take away the traditional purpose of the Miller Rec (Center), and they didn’t want an outside entity coming in and doing it. That was the concern of the community,” Kirksey said.

But Kirksey also pointed out that he had seen neighborhood kids participating in Power Cross’ summer day camp that was hosted at Salisbury High School last month.

He said that, with all of the violence that has been happening in the West End, seeing the boys of the neighborhood getting to know each other was encouraging.

“The idea of getting those boys together and having the camaraderie, where they’re less likely to assault each other because they become more fraternal… I think those programs, the idea that Power Cross (had), is not a bad idea. It’s just that they may have to find another location,” Kirksey said.

After the response from the West End community, Power Cross is looking for another location where it can hold its afterschool programs.

“We kind of felt the Lord tugging us this way. It’s just similarities in Statesville, problems we’re having in Statesville, there were similar problems over here (in Salisbury),” he said. “And our goal isn’t to run over anybody. Our goal is to feed them, teach them a discipleship or character-building class and then drive them home.”

Storment said they are still looking at the West End neighborhood, but will no longer attempt to hold programming in Miller Center.

By Josh Bergeron josh.bergeron@salisburypost.com SALISBURY — Rowan County commissioners on Wednesday are scheduled to move forward with renovations at an... read more