Potter with Salisbury ties to pursue his fortunes in Australia 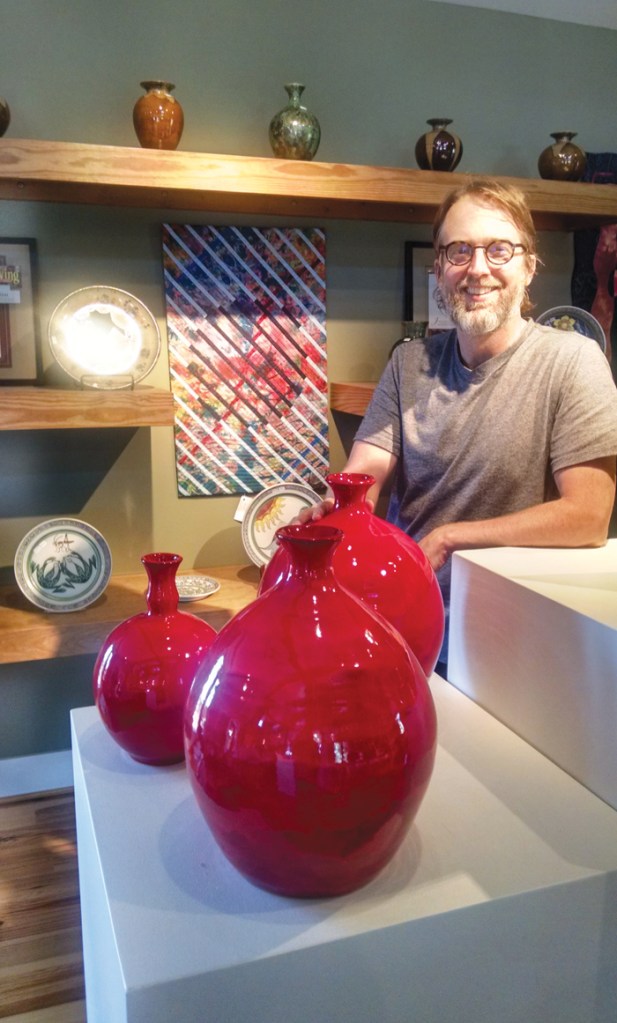 Will McCanless Photo by Frances McGill

Will McCanless is the descendant of a notable historic family of Salisbury and Rowan County.

His great-great-grandfather Bonaparte McCanless is said to have paved main street in our noble town.

Later the McCanlesses built hosiery mills and factory towns which employed hundreds of our citizens. He recalls spending Sunday afternoons with relatives and friends in Rowan County.

For decades, Will has spent his life as an aspiring artist, sought after by collectors nationally as a potter and painter.

He and his family live in Seagrove in the pottery center of North Carolina. He just designed and constructed an upscale studio which displays his artistic wares and his newly-released recordings.

You see, besides being a famous potter and painter, Will follows his muse with his Irish music, having performed in the resort of Pinehurst at Doogan’s Pub on Tuesday nights to an energetic crowd.

Will made his art take center stage nationally with a glaze called Seagrove Red. He finds the remarkable clay in neighboring areas, turns it and burns it to yield a bisque form. Chromium and lead are used to fire a glaze that is fiery red in color with gradations of hues.

This Seagrove Red is so popular that people from all over the world venture to Seagrove to find the artists. It is difficult and dangerous to work with these chemicals, so the results are dearly prized.

A few years ago, a local author made good with a murder mystery written about the story of the feud over Seagrove Red, and who in the family would end up with the rights to make their fortune from it. This novel sold hundreds of copies owing in part to the use of local characters, families and competitive potters. Its title was “Uncommon Clay” by Margaret Maron.

This admirable artist, McCanless, has just found a break that will catapult his art to an international audience. He has been chosen to become an artist-in-residence in the tourist mecca of Bendigo in Victoria, Australia. This art center boasts a complex of several buildings showcasing the manufacturing of pottery, the sales showroom, and an educational wing in which Will will teach not only the turning and burning of the clay, but also the use o his sought-after glazes and his unique flourish in painting the finished ware.

This community is Australia’s oldest pottery center, dating from 1880. Will looks forward to exploring and developing these new facets of his art.

All the McCanless family — including his wife and daughters, ages 4 and 2 — are headed for their new and exciting life opportunity on a new continent.

One of Will’s first questions about Australia: “Do they have Irish pubs?” He was advised that yes, they have dozens. This completes the picture for him. I asked him, how that fact would make settling in more comfortable? His response, “It will make it more like home!”