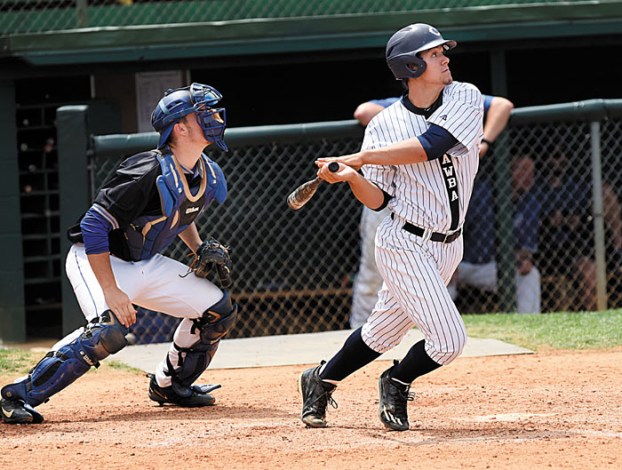 When Catawba College baseball players reunite this fall, Hunter Shepherd may be able to spin the best “how I spent my summer vacation” tales.

Shepherd, a rising sophomore who was the SAC Freshman of the Year,  currently lives on an island and requires a ferry ride, followed by a bus ride, to get to his away games. Following games, he travels back with his teammates on the Martha’s Vineyard Sharks via fishing boat.

Shepherd plays his home games at the Oak Bluffs High field, dubbed the “Shark Tank,” in a scenic part of the world where the “Jaws” motion picture was filmed in the 1970s.

This summer is all about exposure and experience for Shepherd, who is staying with a host family in Massachusetts, and thriving as a pitcher in the Futures Collegiate Baseball League of New England.

“I was lucky to get a great host family,” Shepherd said. “They’ve got two 9-year-old boys, and they sort of keep me on my toes.”

Shepherd was homeschooled and basically plays college baseball in his backyard, so this is an important step for him, moving well out of his comfort zone and living and competing in a different part of the country.

“Coach (Jim) Gantt walked up to me last fall and asked me how I’d feel about playing summer baseball in Martha’s Vineyard,” Shepherd said. “I contacted the general manager Russ Curran and it was a quick process getting everything lined up to be on the team. I haven’t regretted it at all. This is a lot different than anything I’ve ever done. This summer is making me experience some things that I should experience.”

The Sharks play a 56-game schedule, evenly split between home and road.  Half the Sharks have ties to New England colleges or high schools — that’s in the league rules — but the rest are from all over the country, including major schools such as Vanderbilt and Notre Dame. One of Shepherd’s summer teammates, Delta State’s Zack Shannon, is the reigning Division II Player of the Year.

The Sharks’ road trips are demanding, as none of the other eight teams in the league are nearby. While most of the teams are based in Massachusetts, there also are teams in Connecticut and New Hampshire.

“We’re usually leaving on the 1:15 p.m. ferry and then taking a long bus ride to a game,” Shepherd said. “The shortest bus ride has been 45 minutes.”

While the league is viewed as a good test run for what the competition is going to be like in the minor leagues, Shepherd’s not focused on that. Not yet. He can’t be drafted until 2019. Right now, he’s just trying to enjoy playing baseball and improving at it.

“This is a very good league, very good hitters, and most people say it’s a hitter-friendly league for a college wood bat league,” Shepherd said. “I’ve been working on a lot of things, my command and sharpening my off-speed pitches. But mostly I’ve tried to keep doing the same things that were working for me at Catawba.”

Shepherd, a lefty who starred for Gantt on the Rowan County American Legion team for two summers, was a Division I level talent. He signed with Division II Catawba, partly to stay close to home but mostly because of the presence of Gantt and familiar teammates.

His freshman season was sensational. He was undefeated — 8-0. His 3.49 ERA may not sound amazing, but that’s a quality  ERA pitching in hitter-friendly Newman Park where the center field wall is 360 feet away. Shepherd struck out 50 while walking 17. He also can hit from the left side with authority (.326 in 43 at-bats for the Indians) and his offensive role for Catawba is going to grow moving forward. Shepherd will likely be in a DH role as a sophomore when he doesn’t pitch and he’s destined to take over at first base in 2019 after Chance Bowden graduates.

“Looking back, I did have a pretty good freshman year,” Shepherd said. “I honestly didn’t realize some of the stats because during the season you’re just taking it day by day, trying to win the game that day.”

Shepherd’s success has continued in the Futures League. His four starts have all been solid, and he’s pitched at least six innings in all of them. He’s 3-0 and is tied for second in the league in wins. He’s seventh in  the league in innings pitched (24 2/3) and 10th in ERA (2.96).

He’s  a pitcher-only for the Sharks, but he did win a Home Run Derby. He also hits in the cage every day and takes ground balls at first base.

While the recent MLB draft put a dent in the Catawba Indians, who lost two all-region juniors — catcher Zac Almond and closer Bryan Blanton — Shepherd is thrilled for his former teammates.

“I was ecstatic for both of those guys because a chance at pro baseball was their dream,” Shepherd said. “At the same time, both of them helped me tremendously with their knowledge, and I’ll miss them.”

When the 6-foot-3, 200-pound Shepherd isn’t playing baseball in New England, he’s trying his luck with a fishing rod or just hanging out at the beach in an ideal weather environment.

“It’s mid-70s every day, although I think it touched 80 degrees once,” Shepherd said. “The temperatures are in the 60s at night. I forgot my jacket the other night, and I actually got a little cold.”

When Shepherd returns to North Carolina, he’s going to be a little different than the person who left. He’ll be more experienced, more worldly, more confident.

“I really can’t wait for Catawba baseball to start up again,” Shepherd said. “I know we’ll be ready to win some more.”