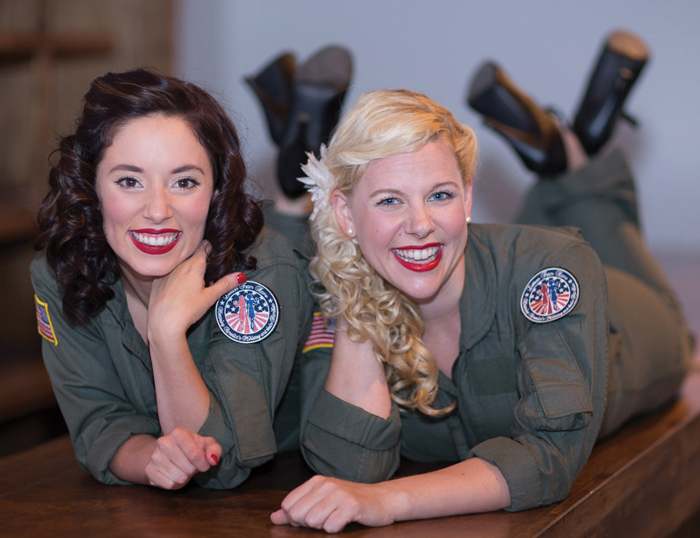 SPENCER — Military equipment, military vehicles, living history encampments, weapons, a special traveling WWI exhibit, lectures, and the museum’s own exhibits with a military theme will be on display during this weekend’s Salute the Troops: Military Through the Ages event, July 1-2.

Visitors will be greeted by approximately 100 troops in living history camps on the museum grounds. WWI, WWII, Vietnam, and even the Civil War will be represented as well as a WWI medical air station, the 82nd Airborne from WWII, Vietnam-era pilots and Civil War militiamen, American soldiers and allies.

Vehicles will include five Vietnam-era helicopters, WWII-era Jeeps and trucks, a vintage military bicycle, and the newest “Ride of Pride” truck, featuring artwork that serves as a memorial to the attack on Pearl Harbor. Owned by Chief Express, from Seagrove, the truck features artwork that shows the military base prior to the infamous 1941 attack on the left side, and images of the base in the present day on the right side. The truck was built locally, at the Daimler Trucks facility in Rowan County.

In addition the N.C. in WWI traveling exhibit, created by the N.C. Museum of History, shows 10 information panels, propaganda posters, and related artifacts supplemented by local items from the Rowan Museum of History and local collectors. Commemorating the 100th anniversary of the United States’ entry into “the war to end all wars,” the exhibit pays tribute to victory acres, war bonds, and heroic efforts in battle, with a special focus on the contributions of North Carolinians to the war effort.

WWI will also be the focus of guest lecturer LTC (Ret.) Sion H. Harrington III. His presentation, “North Carolina and the Great War, 1917-1918,” takes place in the Bob Julian Roundhouse at 1 p.m. each event day.

Master bugler Jay Callaham will discuss the military connections to an instrument that called many to battle, tell the true history of “Taps,” and discuss the history of the bugle as a military signal.

The museum’s own military-related artifacts and exhibits will also be displayed, including the U.S. Army Hospital car which served in the Korean conflict, the Merci Train 40&8 car, one of 49 such railroad cars given to each state in the U.S. and the District of Columbia by a grateful French nation following WWII, and the lesser-known #544 Seaboard Air Line locomotive and the Piedmont Airlines DC-3.

Event admission is $6 adults, $5 seniors, and $4 children 3-12. As a tribute to those who have served, admission is free to veterans and active military with a military ID.

Saturday evening will feature a special additional event. Letters From Home: America’s Bombshell Duo recreates a classic USO-style performance, with dazzling tap dancing, memorable songs, and a focus on patriotism. Offered in the recently opened Back Shop, visitors will enjoy dinner and the show for $25/person or $40/couple.

Fireworks will conclude the Saturday night performance, happening around 9:15, at the conclusion of Letters From Home. The general public can enjoy Saturday evening’s fireworks show from the museum parking area at no charge.

Salute the Troops: Military through the Ages will be held from 9 a.m.-5 p.m. Saturday and noon-5 p.m. Sunday.