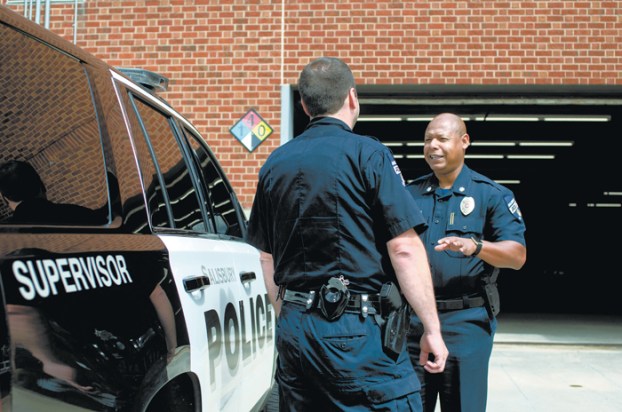 SALISBURY — In a few weeks, Salisbury police officers will bring back what is likely one of the oldest traditions of community policing — foot patrols.

It’s a way to build a relationship or bridge between the community and police officers, Deputy Police Chief Shon Barnes said Thursday.

Foot patrols will begin July 1, but Barnes and members of the command staff will walk the neighborhoods next week.

The five communities represent part of a pilot program that will enable the Police Department to collect data on the areas they patrol. There will be an evaluation after 90 days, and then the program will be expanded to include other neighborhoods across the city.

Chief Jerry Stokes has said the use of foot patrols is an example of the department’s commitment to evidence-based policing. He cited a recent study by researchers at Temple University that found that foot patrols reduced short-term crime and improved relationships with the community through officer visibility and citizen engagement.

He said sometimes when there is a problem, police departments tend to come up with their own solutions without talking with residents. But one of the biggest principles of community-oriented policing is that officers should be responsive to the needs of the community, he said.

The new policing model — Stratified Policing — is neighborhood-oriented policing. It’s designed to get officers reacclimated to the communities they serve, Barnes said.

“It’s very beneficial. Not only has foot patrol been studied by various academic institutions, but one thing we know about foot patrol is that it makes citizens feel safer. It also decreases that gap between police and the community that they serve because police get to know the community on a different level,” he said.

“When we find out what we have in common, it decreases the differences we have between us. Plus, research has shown us that foot patrol will increase the citizens’ satisfaction with police. It also increases the police officers’ satisfaction with their job. And we know that a happy employee is probably the employee that you want,” he said.

The data the department wants to collect is to make sure if it is meeting performance measures. That will help determine if the department is effective in reducing crime, Barnes said.

He said the department also wants to see whether crime will move somewhere else because of the increased police presence in certain areas.

“Usually it doesn’t, but we want to make sure that we control for that because we don’t want to start an initiative that may make things a little bit difficult down the road. So some of the data we are going to be collecting (is) can the officer do the foot patrols in one rotation?” he said.

The data will help determine if the neighborhoods are too big or too small.

Another part of the data collected is whether residents notice officers on patrol at certain times of day.

He said some of the reasons people may not notice is they aren’t engaged, they’re asleep or away from home or they’ve gone to lunch.

“We are asking every officer to spend 15 minutes of every hour doing something proactive” Barnes said. “We just ask that foot patrol be added to that list of proactive activities.”

He said the 15-minute target is based on a research study by Christopher Koper.

He encouraged people to stop and say hi to officers on patrol and get to know them.